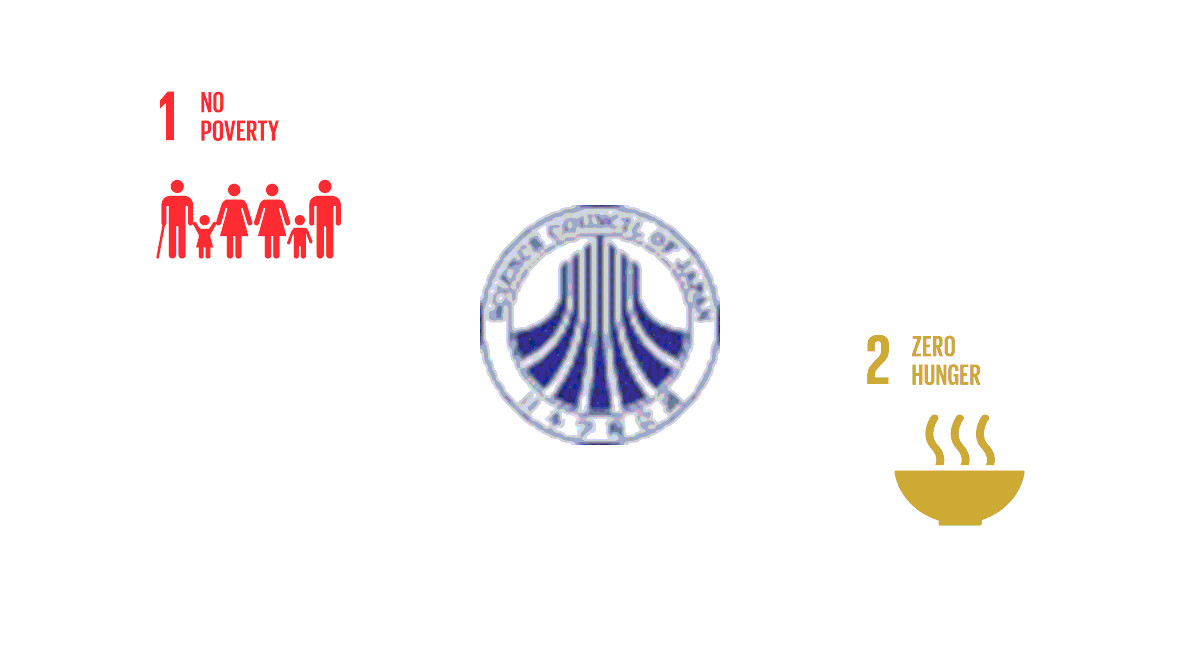 The Science Council of Japan made the very interesting exercise of classifying the resolutions it adopted in the period 2014-2017 according to the SDGs.

Sadly for those of us who cannot read japanese, the detailed accounts of the SCJ resolutions are in this langage. However, they had the good idea to provide summaries in English. We will then publish these summaries here in 6 separate posts (during six consecutive weeks).

We can only hope that other science academies or learned societies will also like to share their SDGs programmes as well.

Elimination of poverty in Japan: Toward expansion of youth support policy

The problem of “youth poverty” is serious in Japan, amidst the prolonged economic slump and social change since 1990s.

So that young people’s present and future life will be stable and vital.

Elimination of poverty in the world: Japanese style strategic support for industrial development

In order to eliminate poverty in developing countries, it is extremely important to realize industrial development, to create employment and to improve the standard of living. However, there is no widely accepted strategy for industrial development. In order to provide more effective development support, Japan which has abundant proven track record of assisting developing countries in Asia, should develop support strategies by taking advantage of its experience.

Stabilization of world food production: Necessity of improving foundation of soil science and strengthening research under both slow and sudden environmental changes

The foundation of food production is agriculture, but the obstacle to agricultural production is now the soil change that is accelerating due to environmental changes such as intensification of weather phenomena in the world, including Japan. Soil contamination due to harmful substances is also serious in some areas. JSC recommended how to do science and education in Japan, for the international problem of sustainably raising its production function while maintaining the original function of the soil, which supports the ecosystem.

Another approach for stabilization of world food production: Challenges and developments of breeding science dealing with climate change

The development of crops is important to improve the productivity of agriculture. For example, deterioration of the grain quality of rice in Japan and of the quality of fruits in the world was caused by climate change such as global warming. JSC discussed issues to develop crops to improve yield tolerating such fluctuations. JSC also examined issues to realize sustainable agricultural production that reduces the burden on the environment.