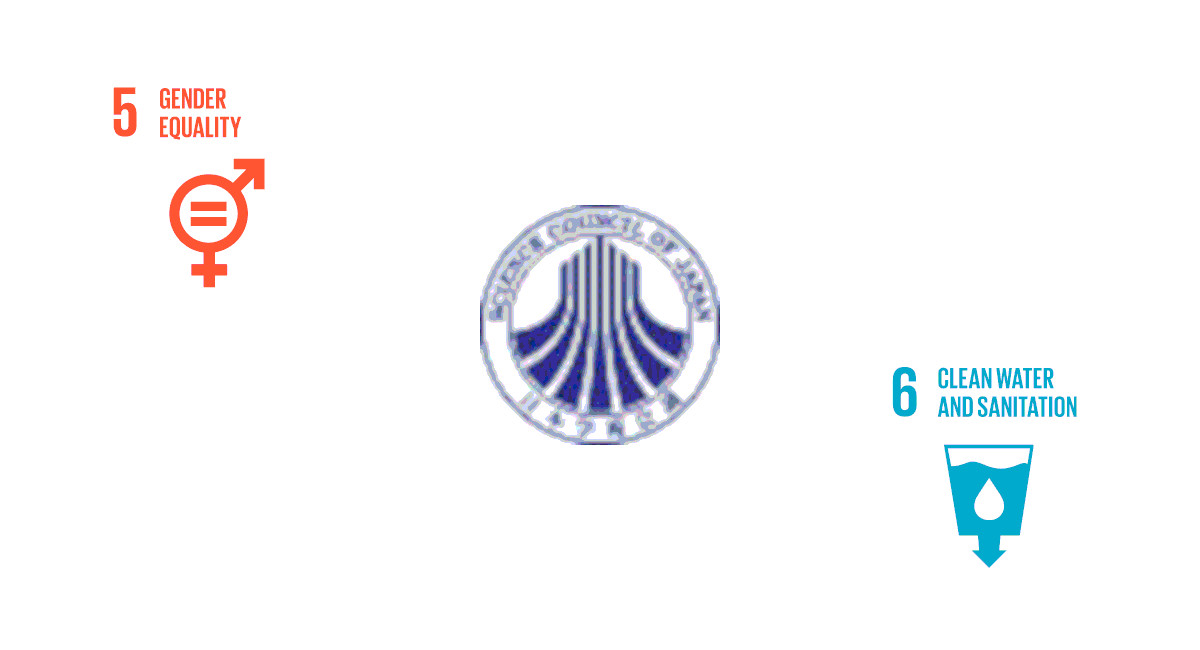 The Science Council of Japan made the very interesting exercise of classifying the resolutions it adopted in the period 2014-2017 according to the SDGs. Let’s have a look at SDG5 and SDG6.

SDGs have established gender equality achievement, but there is no direct description on sexual minorities (LGBTI). Because there are countries legally and socially negative to homosexuality in the world, they could not make consensus. This recommendation is based on the current situation that in Japan many people have various difficulties in social life and school life even though 8% of people are regarded as sexual minority. JSC proposed establishment of the law for dissolution of discrimination.

Basic Act for Gender Equal Society was established in 1999, and recently there has been a boom of STEM girls. However, Japan still has the lowest level female ratio of researchers in the OECD. The reason was thought that the various efforts to promote gender equality were scattered, and it was found that there was insufficient data collection and verification. SCJ made recommendations for them. To reflect The Fourth Basic Plan for Gender Equality 2015, SCJ called for the establishment of specialized agencies with the authority to organically link the related initiatives.

As a hub of Asia of the headquarters: toward realizing a sustainable global society – promotion of Future Earth

Although it is hard to notice it in Japan, the global environmental problem of “water” directly linked to life is one of the most important issues. “Future Earth” (FE) is an international project that has been newly established to deal with global environmental problems including water problems. One of the five international headquarters secretariat of FE is in Japan, and the scientific conference is in charge of its operation. In this recommendation, JSC call on FE promotion in Japan to all scientific communities and stakeholders (policymakers, companies, local governments, media, education officials, citizen groups, etc.).

Since the Fukushima accident, a JSC committee has conducted research on decontamination in radioactive contaminated areas and has studied ways to effectively promote decontamination. In this recommendation, it proposes several items that are not bound by the idea of conveying and isolating polluted soils to remote areas, and concerning water pollution, it is paying attention to irrigation ponds, lakes and rice paddies.