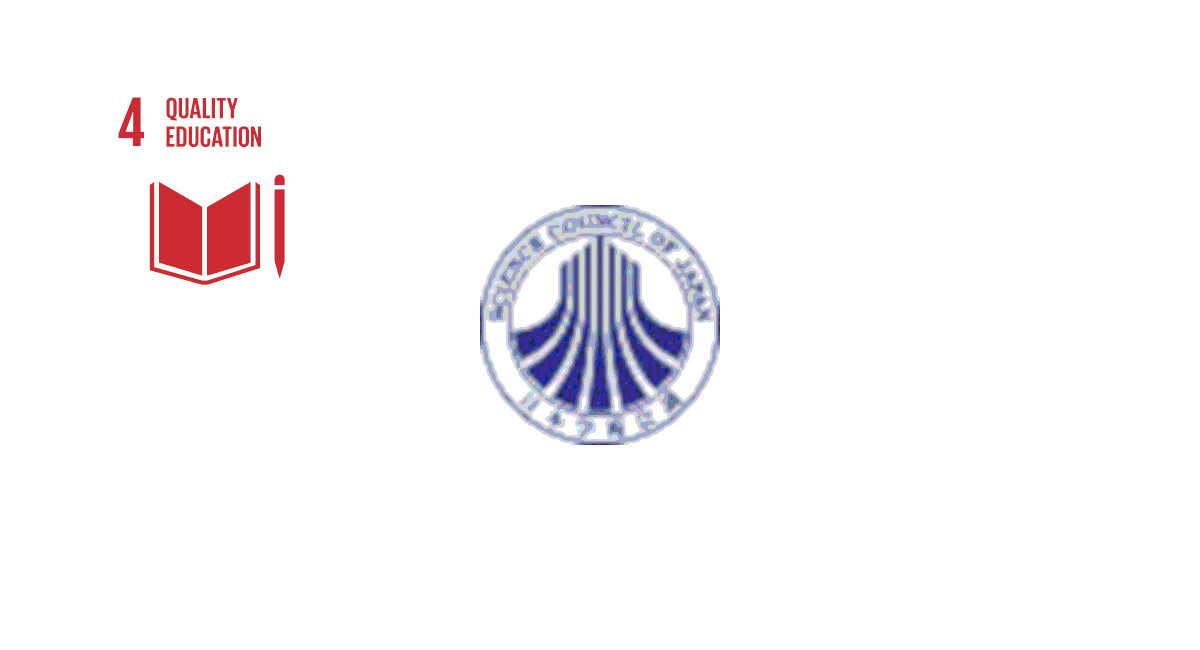 The Science Council of Japan made the very interesting exercise of classifying the resolutions it adopted in the period 2014-2017 according to the SDGs. Let’s have a look at SDG4.

This reference standard provides six basic principles that all students, including those who do not specialize in chemistry, should acquire. It also specifies knowledge and understanding of chemistry topics necessary to learn those principles, which are organized into 18 subjects.

As for the chemistry learning, it should be performed by acquiring knowledge and understanding through lectures and books, and also through experiments, and exercises. In particular, the report points out the importance of acquiring knowledge by comprehensive abilities through active learning such as problem solving.

Necessary knowledge of chemistry as liberal art education at the university is to provide fundamental understanding of phenomena in nature. In addition, it is essential for student majoring in chemistry to develop the ability to accurately read sentences, to logically understand the contents of the description, and to express their thoughts clearly. And to learn the mechanism of society.

More comprehensive history education to all: what is expected for “Comprehensive History”

SCJ made 10 recommendations for secondary education in its 23rd term. Among them, this recommendation attracted particular attention. Since 2011, the Committee on History / Archaeology denied an alternative of “world history or Japan’s history” from a global perspective. Students should study the past, present and future of the world and Japan subjectively and comprehensively. In response to this, the Ministry of Education, Culture, Sports, Science and Technology started moving toward establishing compulsory subjects called “Comprehensive History”. SCJ pointed out that there are still major issues in the content.

More education for everyone to create society for everyone: 18 years old as a citizen – reform of civic curriculum at high school aiming to cultivate citizenship

Another new compulsory subject at high school curriculum named “Public” was also proposed by a subcommittee consisting of members of pedagogy, political science, history, philosophy, law, and anthropology. It is an education that promotes “citizenship” which has advanced the “citizen” education so far, considering the diversity and subjectivity of the learning side. It is an urgent recommendation that discusses the importance of the 18-year-old voting rights and discusses what is important in education to build a democratic society together.

Improvement of educational environment: toward improvement of campus design and its maintenance system of universities in Japan

A questionnaire was taken to universities nationwide, and many universities responded by saying that their university’s campus design does not compete well internationally. Although the content of education and research are more important, the attractive campus in appearance and function also creates excellence for students both from outside and inside Japan.