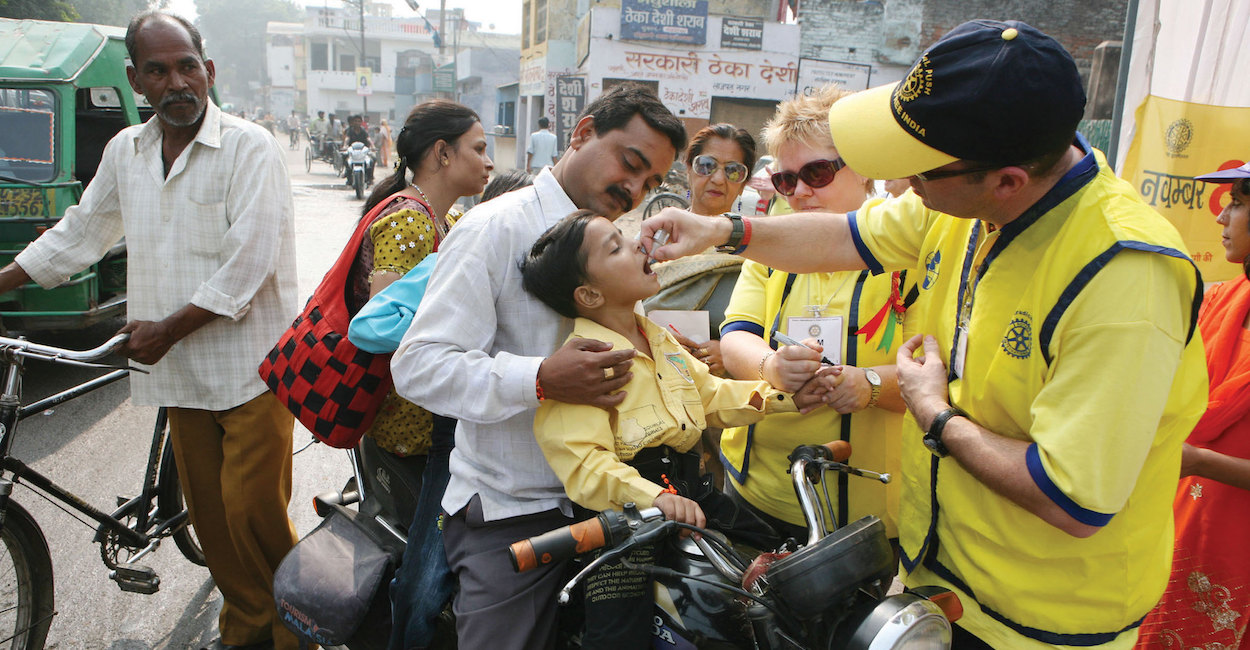 Interruptions to vaccination programmes caused by the COVID-19 pandemic could result in new waves of measles or polio outbreaks, health experts warn.

A growing number of one-off immunisation campaigns and national routine vaccine introductions are being delayed amid social distancing and other measures to curb the spread of SARS-CoV-2, leaving millions unprotected.

Uptake of routine immunisations has dropped in many vulnerable countries, with people unable or unwilling to travel to sessions — something that was also observed during the 2013-2016 Ebola outbreak in West Africa.

An increasing number of children at risk

With both preventive campaigns and routine immunisations impacted, “we’ll have an increasing number of children who will become susceptible to vaccine-preventable diseases and that will definitely lead to outbreaks”, says Richard Mihigo, programme manager for immunisation and vaccines development at the World Health Organization’s Africa office.

Coinciding with the COVID-19 pandemic, “such outbreaks will not receive the same attention as in normal times”, he adds.

Following the WHO’s recommendation last month that all mass vaccination campaigns should be suspended in response to COVID-19, Mihigo says mass preventive campaigns — which help to fill in the gaps in places with weak routine immunisation — had been put on hold in almost all African countries, while campaigns to target existing outbreaks are being considered on a case-by-case basis.

Those halted include preventive measles campaigns in Chad, Nigeria, Ethiopia and South Sudan, as well as in Kinshasa, the capital of the Democratic Republic of Congo. More than 6000 people have died since last year in the DRC in what is currently the world’s largest measles outbreak. These campaigns alone had aimed to reach 21.2 million children under the age of five, Mihigo says.

Meanwhile Gavi, the global Vaccine Alliance, which vaccinates almost half of the world’s children, announced earlier this month that 14 major immunisation campaigns supported by the alliance had been postponed, along with four national routine vaccine introductions.

These delays, which impact campaigns against polio, measles, cholera, human papillomavirus (HPV), yellow fever and meningitis, have affected at least 13.5 million people in 13 of the world’s least-developed countries, the alliance says, cautioning that many more delays are expected. The Global Polio Eradication Initiative, which partners with Gavi and the WHO, has also recommended that all polio vaccination campaigns be paused worldwide.

Countries with fragile health systems and ongoing conflicts — many of which are yet to feel the full impact of the novel coronavirus — are most at risk, says Charlie Weller, head of vaccines programme at the Wellcome Trust.

She too highlights the DRC, where Ebola has struck in areas of active conflict, as a country particularly at risk: “The impact to their health system and how they will be able to manage through and beyond COVID-19 is a very big concern.”

Gavi chief executive, Seth Berkley, warns that the international community needs to act to prevent potentially devastating outbreaks of vaccine-preventable diseases. “The legacy of COVID-19 must not include the global resurgence of other killers like measles and polio,” he says.

An increase in polio cases

However, some experts believe that a rise in cases of vaccine-preventable diseases are inevitable. When vaccination coverage goes down, inevitably more outbreaks will occur, including of life-threatening diseases like measles and polio, WHO deputy director-general Zsuzsanna Jakab says.

WHO spokesperson for polio eradication Oliver Rosenbauer says that although temporarily halting polio vaccination campaigns was the “only recommendation to make under this new reality”, the organisation was anticipating an increase in polio cases as a result — including a possible spread of the virus to new areas.

The need for a return to vaccination campaign

Echoing Mihigo’s warning about COVID-19 distracting from other disease outbreaks, Rosenbauer stresses the need for continued polio surveillance and a return to vaccination campaigns “as rapidly as is safely feasible”.

“We must not forget that as long as children in Pakistan are at risk of polio paralysis … then all children in the world, wherever they live, could one day be affected by polio,” Rosenbauer adds. Pakistan and Afghanistan are currently the only countries in the world still affected by the wild poliovirus, WPV1.

Once the immediate COVID-19 crisis is over, experts agree that the speedy and effective implementation of catch-up vaccination campaigns will be vital — a matter that could be complicated by US President Donald Trump’s recent threats to cut hundreds of millions of dollars in funding to the WHO.

But Weller stresses that although investment in catch-up campaigns is vital, there will be no quick fixes.

“It’s not just about putting a band-aid or plaster over a dip in vaccine coverage,” she says. “It’s about helping those countries to strengthen their health systems for the long term.”