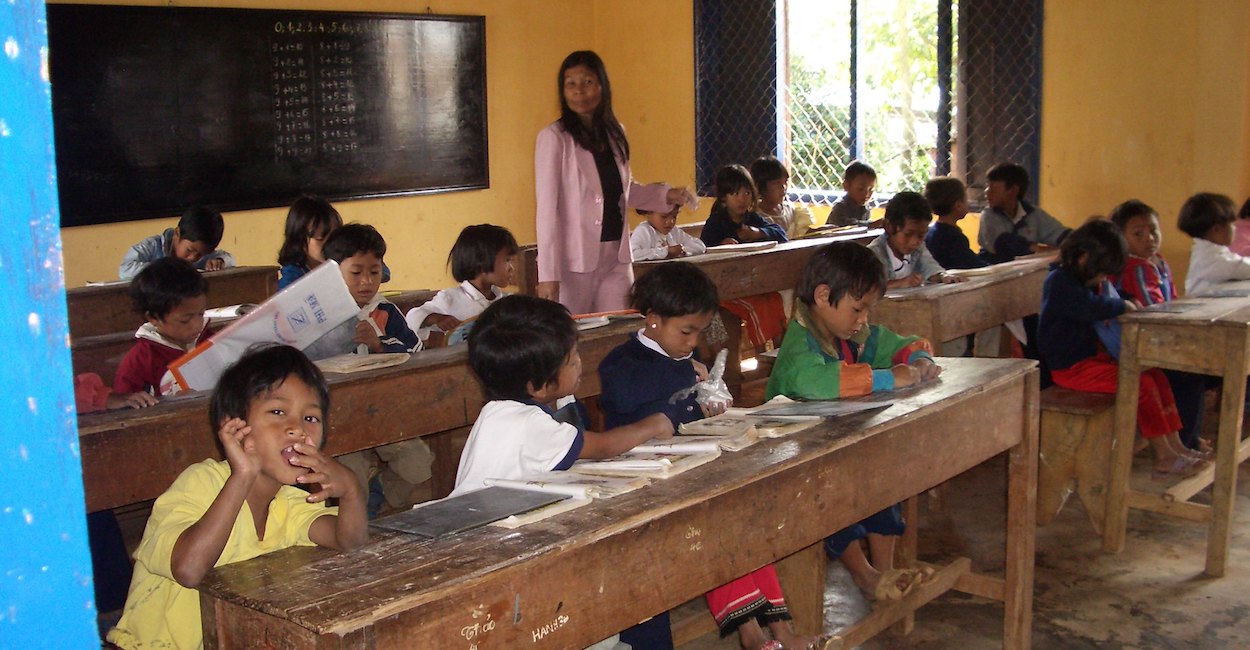 The importance of pursuing sustainable development poses a challenge to scientists in terms of determining the most effective ways to achieve desired outcomes across health, education, poverty, energy, the environment, and many other aspects of wellbeing, as well as how the pursuit of some of these goals might affect the achievement of others. A study published in the journal Nature Sustainability brings together several different connections between particularly education and climate change and evaluates them together.

“We examined how changes in educational attainment simultaneously affect population growth, economic growth, greenhouse gas emissions, and vulnerability to climate change impacts. Previous studies have looked at the role of education in vulnerability to climate change impacts and its relationship to population increase, and also separately to economic growth. Our study however brings these multiple effects together in a single analysis,” explains Shonali Pachauri, a study coauthor and Acting IIASA Transitions to New Technologies Program Director.

Impact of education on emissions and on vulnerability

The team wanted to address two main questions through their research: Firstly, they wanted to determine the net effect of increased educational attainment on the emissions that drive climate change, as there is reason to believe that it could lead either to higher or to lower emissions. Second, they asked how much less vulnerable people in less developed countries might be if educational attainment is improved.

According to the researchers, one of the more surprising results of the study is that increasing educational attainment tends to lead to a small increase in emissions that drive climate change. Many other studies have found that slower population growth leads to lower emissions. In this case however, the authors found that if increased educational attainment is taken into account, the reductions in emissions from a smaller population can be more than offset by the boost to economic growth that education also provides.

A second unexpected finding was the size of the positive effect of education on vulnerability. If optimistic increases in educational attainment can be achieved in developing countries in the future, the reduction in vulnerability, as measured by the Human Development Index, can be quite large.

Many other possible effects

The authors point out that the study’s results are preliminary, especially because education can affect people and society in many ways that matter to climate change, and they only examined a few of them. Improved education may, for instance, speed up the development of new technologies to lower greenhouse gas emissions, or it may change consumption patterns or political behavior. These possible effects were not included in the analysis.

The study’s results will help to inform discussions around policies aimed at fostering sustainable development and improve human wellbeing, while also preserving the environment. Not all policies will off course achieve these multiple aims equally well.

The world is complicated

“The world is complicated, so we shouldn’t expect policy solutions to be simple. Improving education has overwhelmingly positive consequences for people and society in many different ways, and we find that is true for reducing vulnerability to climate change impacts as well. At the same time, we shouldn’t expect it to also reduce the emissions driving climate change. We will still need other approaches to accomplish that goal. Reducing emissions requires shifting the global energy system to be largely free of fossil fuels. Improved education may even help with that task in ways that we did not examine as part of our study,” concludes study lead author Brian O’Neill, a researcher at the Josef Korbel School of International Studies and Pardee Center for International Futures at the University of Denver.