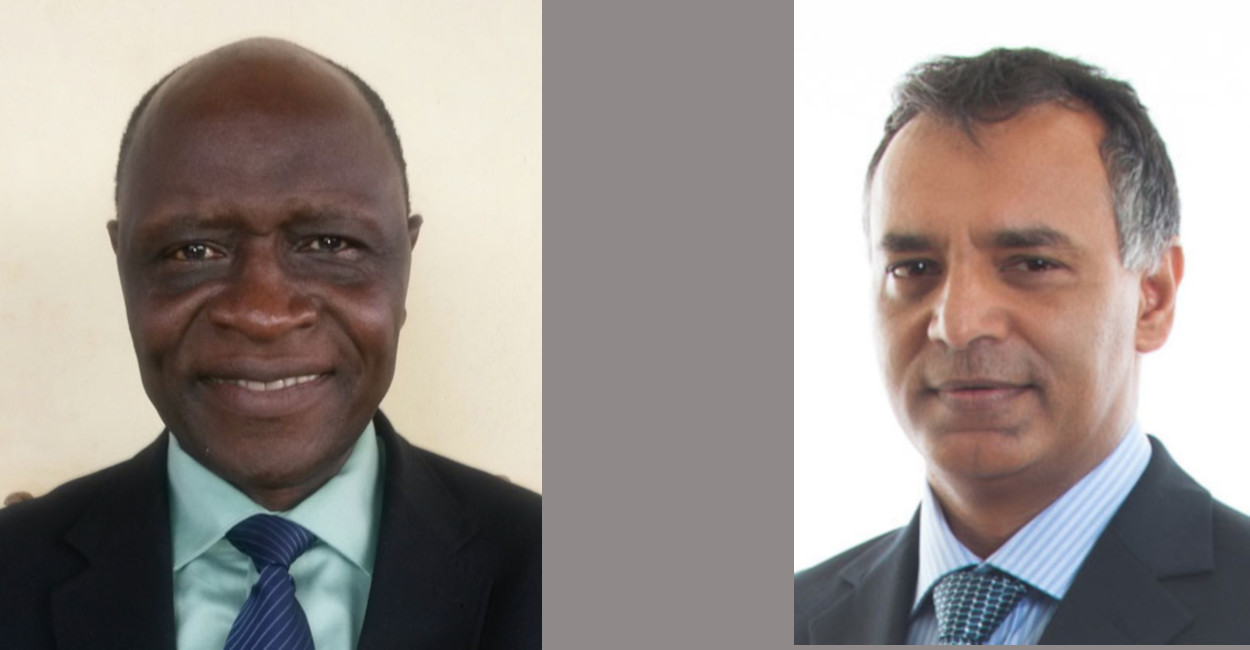 As Africa braces for the full impact of the novel coronavirus, two TWAS Fellows who are experts in contagious diseases say key challenges include coordination, capacity and public hygiene.

The novel coronavirus has drawn the world’s attention, causing alarm as countries scramble to prepare for the new pandemic, and save as many lives as they can.

One continent that has yet to face the full brunt of the virus is Africa, where resources for science and health management are often scarce and populations are simultaneously fighting other dangerous diseases. African countries face challenges both familiar and unique, say two TWAS Fellows on the continent with lengthy experience in infectious disease control.

Shabir Madhi, a 2018 TWAS Fellow in South Africa, runs a research unit investigating COVID-19 and is currently surveilling the progress of the disease in high-density regions of his country. The former director of the National Institute for Communicable Disease in the country, he is continuing to provide advice to South African health ministries.

Vincent Titanji, a 2004 TWAS Fellow in Cameroon is an expert in infectious diseases and the former vice-chancellor and coordinator of the biotechnology unit at University of Buea in Cameroon. He also provides science advice to his government and is member of a team drafting a statement from the Cameroon Academy of Sciences on the pandemic for his country.

South Africa began its lockdown on 27 March, said Madhi. The challenges they face are serious and many, and he gave several examples. Testing for the coronavirus thus far has only been in the private sector, which provides care for 15-20% of the population. The remaining majority of the population has little access to testing, and people generally live close together, making social distancing difficult and making it less likely the lockdown will be able to interrupt the spread of the virus.

Meanwhile, while confirmed COVID-19 cases in South Africa currently have a relatively low doubling time of 3-to-4 days, winter is still approaching there, which means flu season is approaching. Cases of COVID-19, Madhi noted, seem to correlate with flu seasons elsewhere, though scientists don’t yet know if this is coincidental. They are anticipating that the doubling time in South Africa will drop to 1-to-2 days as access to testing the public sector that caters for 80% of the population increases.

Perhaps the most alarming circumstance in South Africa is that, while its elderly population is small, with only 2-to-3% of its citizens over 65, there are a very large number of immunocompromised citizens because of the prevalence of HIV and tuberculosis.

“The big unknown in South Africa is how individuals with HIV and TB are going to be affected,” said Madhi. “The population of South Africa is 58 million, of whom 7 million are infected with HIV, and right now we don’t know what the impact of infection would be on HIV-infected individuals.”

Even when on antiretroviral therapy, Madhi noted, HIV patients are generally about 40% more likely to die of seasonal influenza than the general population, and it follows logically that they may be especially vulnerable to COVID-19 as well.

“We’ve got data from other pathogens as well, even with the presence of antiretrovirals people living with HIV still have high susceptible morbidity and mortality for other infectious causes,” he added. “That certainly is a big concern.”

There are also 350,000 cases of tuberculosis annually, with close to 1,000 new cases per day in South Africa. The disease weakens the lungs, which makes them exceptionally susceptible to the worst effects of COVID-19.

People are somewhat prepared for an epidemics in Cameroon

The government of Cameroon has already closed its borders, limited transportation, and closed down schools and colleges, said Titanji. He noted that because of the recent Ebola epidemic that struck other countries in its region in 2014, local people are already fairly psychologically primed for the social distancing measures that will be necessary to contain COVID-19 cases.

“Already, to fight Ebola there was this education that people should avoid touching corpses and people who are infected, so this idea of isolation was already there in the population. So people, they are prepared,” Titanji said. “Also circulation of information has improved as the technology has improved. The mobile phone has become household or personal equipment that is widely used all over, so information circulation is better.”

Polluted water could lead to other infections

Yet Cameroon faces serious challenges that other nations share. For all their familiarity with disease control measures, it will take time for people to change their habits of making physical contact with one another, he said. And in many towns, the water supply is tainted by pollution, and so washing one’s hands to prevent a coronavirus infection could lead to getting a completely different kind of infection.

“It’s no secret that potable water supply is a challenge,” said Titanji. “There are cities in which water is rationed. In the countryside, where people get their water from springs and wells, that may be less of a challenge. But again the population in the countryside is not so dense. It’s not the same problem as in the cities.”

Water and food are too expensive

A lack of clean water for handwashing is an issue facing many other developing nations. South Africa faces this dilemma too, Madhi said. Water is non-potable in much of the country, and the price to buy that amount of water from shops for handwashing is unrealistic for most people. The best hope for many of them is to get a hold of alternatives like hand sanitizer or alcohol solutions. Meanwhile, people also need food and other supplies.

“In absence of social support, which would mean people being provided food parcels almost on a daily basis, the reality for most people in these kinds of countries is that they live from hand to mouth,” Madhi said.

Not enough hospital facilities and beds

Since South Africa has a public sector that serves 80% of the people, and a private sector that serves 20%, talks are currently underway to merge the two sectors for the duration of the outbreak, said Madhi. It may be necessary to streamline the response while the nation deals with the lack of capacity for patients.

The whole country of 58 million people has 3,500 intensive care unit (ICU) beds equipped with ventilators — a quarter to a third of what Italy, with a similar population size, has. And not just anyone can manage an ICU bed; staff is needed for that task.

Challenges in capacity and education

Titanji observed that the reaction in Cameroon needs better structuring as well. “The way the Cameroonian health system is organized, it’s organized around public hospitals and health centres,” he said. “The question of capacity, that is how many beds, how many isolation units do we have, and if we were to have this kind of massive infection, I think it would be a major challenge. You have to go to the Ministry of Public Health for recent statistics.”

International organizations play an important role in providing assistance in the crisis. Cameroon, Titanji said, is currently working closely with the World Health Organization, for example. And help is needed in particular in education, which Titanji called “one of the pillars of controlling and coping with epidemics like this one.”

The unknown prevalence of COVID-19 in Africa

Madhi observed that the current statistics on the disease’s prevalence in Africa are probably underestimating the crisis already, because many of the other African countries don’t have basic laboratory services for testing on the level that South Africa does.

“Unfortunately I think the current stats are very misleading as to whether there are cases in other African countries. The unfortunate reality again is we might never know exactly what percentage of the population was affected, and what the true death toll was. We may only be able to gauge that at the end of the epidemic.”

It’s important for international organizations to keep improving the technology and science capacity in these countries, which he thinks TWAS can play an important role in. Scientists from countries that have experienced the outbreak, and those bracing for the worst of it still, should work together to identify the most important research questions to contain the virus worldwide.

“Fostering those sorts of community sharing practices would be highly useful,” Madhi said. “And obviously for TWAS to work with national academies on public messaging for COVID-19. Networking individuals, sharing expertise, and sharing methods for example; those would be useful initiatives.”

Science of balancing nature and civilization
10/01/2023