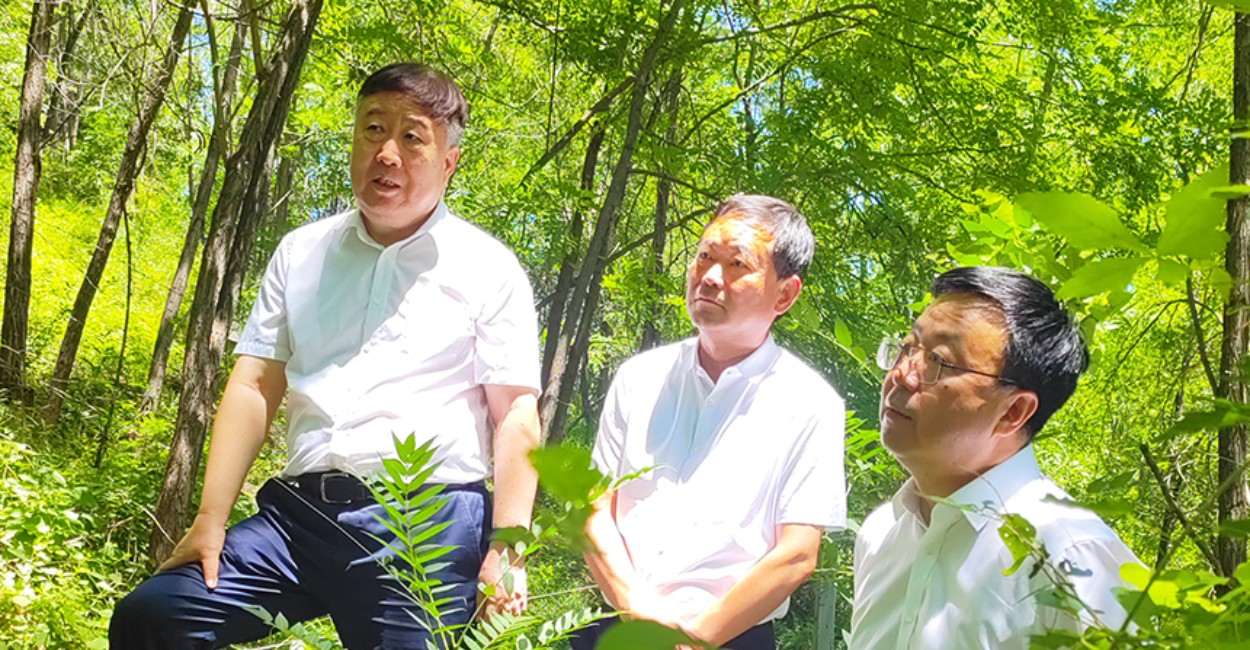 2022 TWAS-Lenovo Science Award winner, Fu Bojie, has not only helped China determine how to improve lives while preserving nature, but has provided sustainability strategies that every nation can use.

The U.N. Sustainable Development Goals (SDGs) set ambitious targets for all the world’s nations to strive for, so that humankind might hope to prosper, sustainably and equitably. But how do nations meet them while also respecting the delicate balance between human civilization and the resource-providing bounty of nature?

This is a question addressed by last year’s winner of the TWAS-Lenovo Science Award, geographer and sustainable development researcher Fu Bojie. He is currently a professor in geography and landscape ecology at the Research Centre for Eco-Environmental Sciences of the Chinese Academy of Sciences, and his work focuses on finding evidence-based strategies to make sue civilization and nature can co-exist, and thus flourish together.

Some of Fu’s significant work

Modern human civilization has led to a rapid expansion of land used for agriculture. That, combined with climate change, has led to degradation of the world’s natural resources. Some of Fu’s most significant work has directly helped China’s expansive Loess Plateau restore its green, wild regions, while allowing people living in the area to take advantage of their natural resources in a sustainable way.

Since then, his research has extended into examining the ways different SDGs can synergize, or produce a joint effect greater than the sum of their separate effects, and ways they can interfere with each other, necessitating trade-offs. This research aims to provide strategic insight that individual nations can apply to their environmental policies as they strive to develop sustainably and meet major challenges such as preventing health risks, ending poverty and strengthening biodiversity.

“It is a true honour and thrill to have received this award,” said Fu. “I would like to thank both TWAS and Lenovo for the recognition. And I hope this occasion can highlight the importance of a strategic approach to not only finding the right balance between human civilization and nature, but to achieving the SDGs, for which the deadline of 2030 is fast approaching.”

The TWAS-Lenovo Award, one of the most prestigious honours given to scientists from the developing world, was announced at the TWAS 16th General Conference, held online and hosted by Zhejiang University of China. The annual award, now in its eighth edition, includes a prize of USD100,000 to the winner provided by the Chinese technology company Lenovo, the global leader in consumer, commercial, and enterprise technology that is the largest PC company in the world.

“As the world’s nations strive to achieve the SDGs, sustainability science is a critical, timely field of research. And it is a key focus for Prof. Fu,” said TWAS President Moahmed Hassan. “His research — focusing on how human beings interact with the environment to inform ecological practices — directly influences how experts approach the goals set by the UN in Agenda 2030.”

“I’d like to congratulate Prof. Fu on his incredible contribution to our understanding of the interaction mechanisms between human and nature for sustainability, and for winning this year’s TWAS-Lenovo Science Award,” said Lenovo Senior Vice President George He. “He has conducted pioneering work on water, vegetation, soil, and the interactions of human activities and ecological restoration in ecologically vulnerable regions, and we are very happy to see this award go to such societally important scientific contributions.”

The Loess Plateau in northern China is a complex semi-arid landscape. It is sprawling — about 600,000 square kilometres in total — full of grasslands, hills and valleys, and historically a major agricultural resource within reach of the Yellow River.

Because of the plateau’s history of agricultural development, soil erosion is a serious problem there, and Fu’s early work was to establish land-use patterns that could prevent further soil erosion and strengthen “ecosystem services.”

“Ecosystem services” is how geographers refer to benefits provided to human beings by the natural environment – natural sources of food, clean air and water, and even emotional peace of mind are all examples of ecosystem services. Scientists interested in sustainable development often try to maximize ecosystem services by prioritizing environmental health, which means navigating a complex web of ecological processes, human activities, and the inevitable trade-offs that emerge.

One such trade-off, said Fu, is that reforestation is the best practice to control soil erosion, but the Loess Plateau has limited water resources and also needs farmland for agriculture. Therefore, geographical planners must find a workable balance between the two and make sure that agricultural activities are not a threat to the environment.

So, Fu’s research team worked to find a balance. Firstly, they identified the areas of the Loess Plateau that have enough rainfall to be well-suited for reforestation. Then, they determined the best land-use plan for local people, so that both forests and humans have enough water to thrive. This was the subject of a study by Fu’s team published in Nature Climate Change in 2016, which noted that the reforestation activities in the plateau under China’s Grain to Green programme could absorb too much water, and proposed a framework to better balance reforestation with water resources.

The study influenced China’s land-use policies moving forward and Fu and his team also worked with local governments to implement their plans. One example Fu cited was the city of Yan’an. Before Grain to Green forest coverage in the city’s area was about 33 percent and vegetation coverage is about 46 percent green, he said. But now, forestland is over 53 percent and vegetation coverage is over 81 percent green.

Find the rest part of this report here.