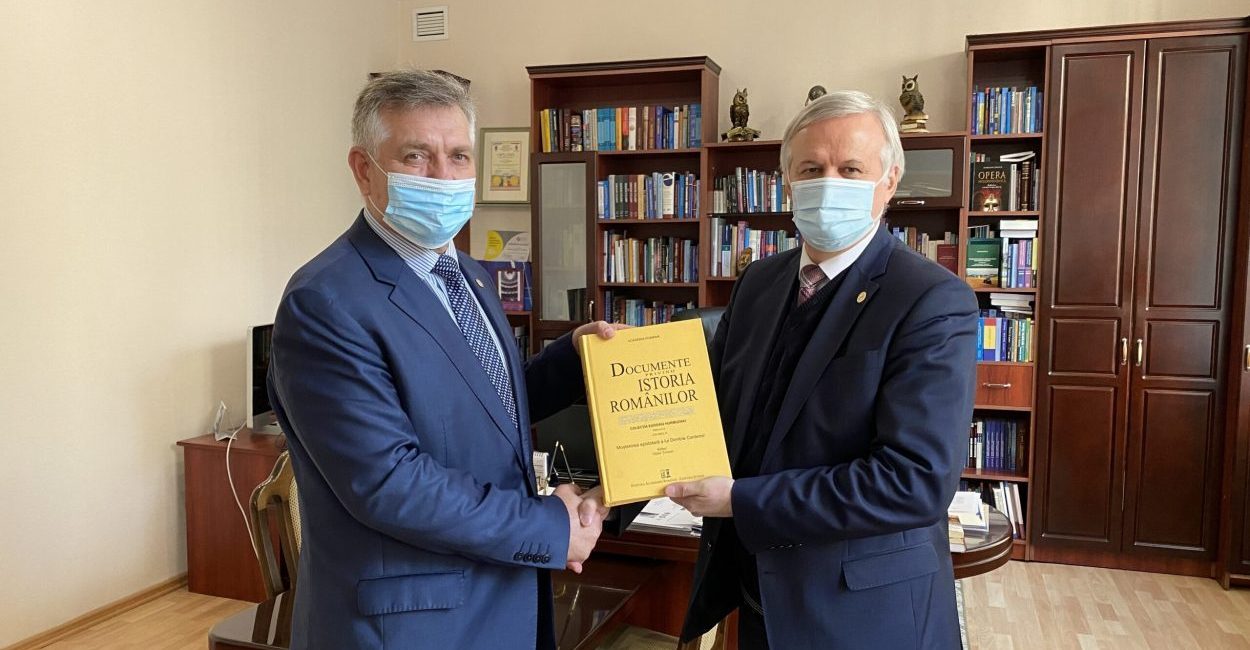 The recent meeting between the President, Academy of Sciences of Moldova, and the Moldovan Ambassador to Qatar has presented opportunities for scientific collaboration among researchers in the two nations.

President of the Academy of Sciences of Moldova, ASM, Mr. Ion Tighineanu, on Tuesday, September 28, 2021, had a meeting with His Excellency Victor Țvircun, the Ambassador  of the Republic of Moldova to the State of Qatar.

The discussions focused on the perspective of cooperation between scientific institutions in the Republic of Moldova with research institutions in the State of Qatar. Several main areas of collaboration were identified, especially those related to medicine, nanotechnologies and micro-nano-engineering, agriculture and IT.

Collaboration in medicine, other areas

In these areas, projects will be developed that will be proposed to the Qatari side for discussion, with the subsequent start of their implementation in both states.

The ASM President thanked His Excellency for his visit to the ASM headquarters and for his support in initiating new opportunities for collaboration, in particular with research institutions in Qatar.

Tighineanu noted that in principle, a few years ago, the Academy of Sciences established some collaborative relationships with the Qatar Foundation (Qatar Foundation), a non-profit organization consisting of over 50 entities working in the fields of education, research and community development. Unfortunately, so far the opportunities offered by the Qatari side have not been exploited.

Now, thanks to His Excellency, Mr. Țvircun, who, in addition to being a notorious career diplomat, is also a well-known scientist, and university professor, there are chances of exploring the opportunities offered by Qatar, which has a fairly advanced research and education system. There is also the possibility to promote important projects together.

During the dialogue, it was decided that by the end of this year the projects would be developed and proposed to the Qatari side, in the hope that they would be supported and promoted.

This report was first published by ASM.