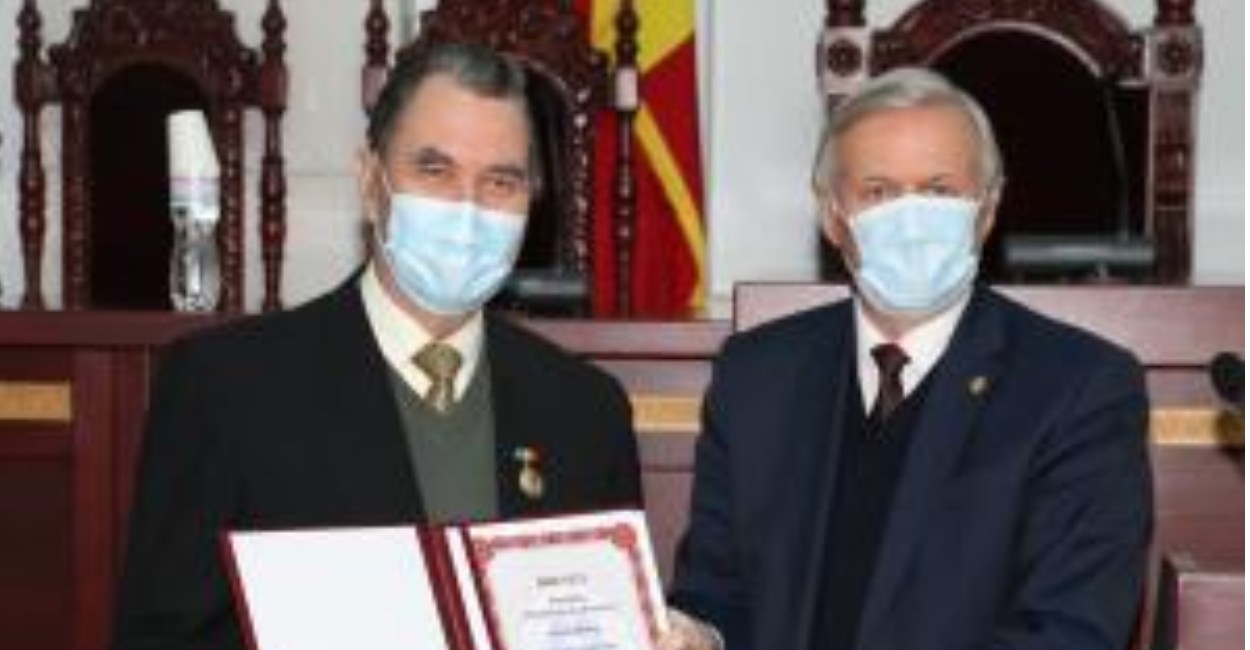 Some researchers, Moldovan scientists and members of the Academy of Sciences of Moldova have received various awards for their groundbreaking research works in 2021, reports Abdulsalam MAHMUD.

The Academy of Sciences of Moldova, ASM, have bestowed various categories of merit awards to some ‘brilliant’ scientists who founded and run science schools in the European country, in 2021.

The Academy, during its end-of-the-year congress held on Thursday, 30 December 2021, also honoured Moldovan university teachers, and young researchers who are just starting out in the field of research, but whose achievements in their fields of expertise is remarkable.

The event was primarily organized to celebrate the groundbreaking findings/results of research activities embarked on by prolific Moldovan scientists in 2021, and brainstorm on ASM’s programmes in 2022.

President of the ASM, Ion Tighineanu presented a short radiograph of 2021, an eventful year for the Academy.

“In the outgoing year, our annual “Science Week” clocked 60 years since it began. The public hearing on scientific reports around the implementation of projects (stage 2021) funded by the state budget was carried out. The reports highlighted valuable scientific results obtained by our researchers in the field of life sciences,” he said.

They noted the scientific achievements of the Moldovan researchers in the outgoing year, emphasizing the power and importance of science, and research as a whole for societal and national development.

Awardees and their medals

On the occasion of the International Day of Science for Peace and Development, special diplomas were awarded to the group of authors of the album “Academy of Sciences of Moldova. Evolution. Institutionalization. Personalities (1946–1961–2021) ”(Chisinau, 2021, 140 pages): Demir Dragnev, Constantin Manolache, and Ion Xenofontov.

Also, the ASM Diploma on the occasion of the International Day of Science for Peace and Development was awarded to researchers who collaborated in the development of the site www.moldova-independenta.md, a generous gift made by the ASM on the 30th anniversary of the proclamation of the independence of the Republic of Moldova:

Anniversary diplomas of gratitude were awarded to scientific researchers, full members, corresponding members, and the designated members of the science departments of ASM.

The press statement of the awards’ event and ASM congress was first shared by ASM.