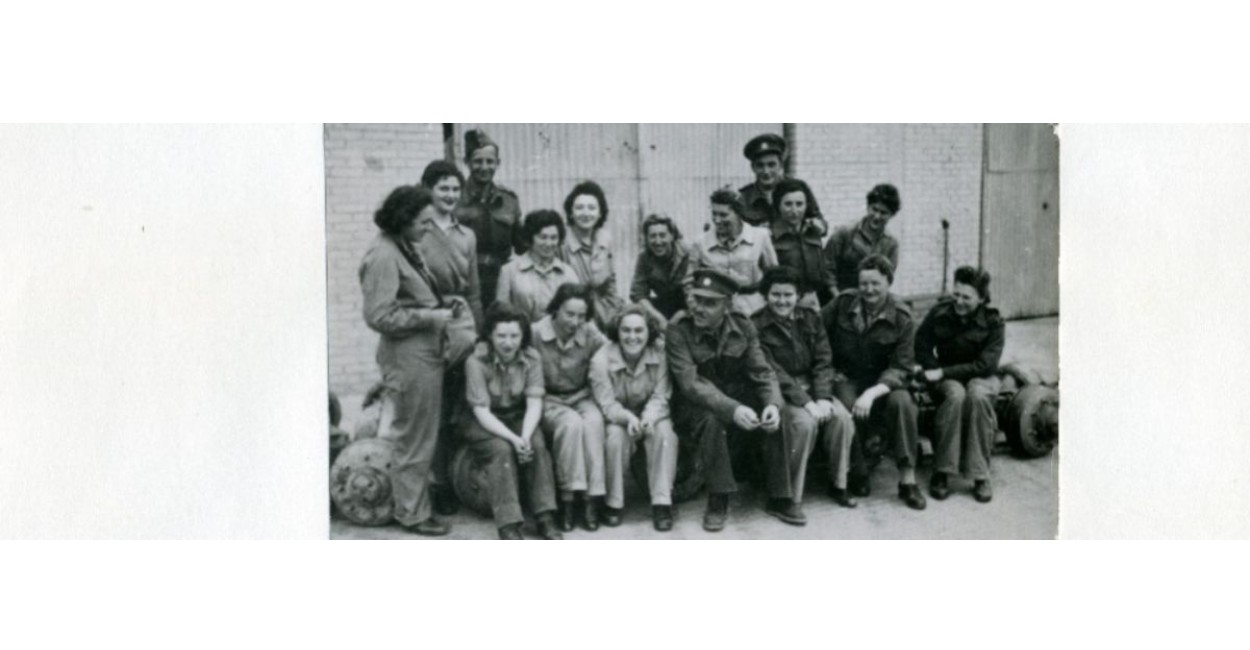 In the British Army Auxiliary Corps, Czechoslovakian women served not only as cooks or office workers, but also as meteorologists, armorers and convoy commanders during World War II.

Edita Zochovická was one of the most prominent women in the Middle East during the Second World War. As a Czechoslovak officer, she first qualified as a driver in the British ATS (Auxiliary Territorial Service), and when she completed her officer’s course, she often commanded convoys. However, her service for the British Army as well as her Jewish background became a liability after 1948.

“I was contacted by a cousin of Mrs Zochovická’s and told that he had a draft of an unfinished manuscript of her memoirs,” explains Karolína Stegurová from the Institute of Contemporary History of the CAS, providing details of how she came across the story of the Czechoslovak officer. “Unfortunately, there are very few documents and literature of a memoir nature.”

Yet, there were not only few similar fates of Czechoslovak women. More than two hundred of them passed just through the British Army Auxiliary Corps.

They were employed in dozens of occupational and highly specialized fields – from office workers to technical drawers.

The primary mission of the British Corps was to free up men for the needs of war.

‘Women wanted to fight too’

Karolína Stegurová was inspired to map the fates of the war heroines by the Heaven Riders movie, but she found out that there was very little information available. During her doctoral studies, she went to England and visited British archives, especially the National Archives in Kew.

“In addition to the aforementioned, I also focus on the way of recruitment to the auxiliary corps, their official promotion to the British public, and on the general British war policy regarding the involvement of women in the war effort,” says Karolína Stegurová.

Other parts of the book gradually analyze the training and the daily service of Czechoslovak women in the British army, both in Great Britain and, from 1943, in the Middle East. In addition to archival materials, Karolína Stegurová has tried to make the chapters vivid with personal memories and testimonies of the women themselves.

One of them was Hana Vogelová, who enlisted in the British WAAF in November 1941. She was one of the few Czechoslovak women assigned to the Czechoslovak 311th Bomber Squadron, where she worked as a clerk, technical translator and interpreter. For the time of four years, she connected her life with the wartime fates of the Czechoslovak airmen.

“Many of them visited Hana’s office after air operations for coffee, during which they discussed various situations and wartime events. This is probably why Hana Vogelová later came up with the idea of stitching together several pieces of the aviation canvas and collecting the signatures of the individual airmen. In three years, she collected over 400 signatures, many of which remain the only memory of those who never returned from their operational flights,” says Karolína Stegurová.

No corps in Czech army

One of the questions that the researcher wanted to answer was why similar female auxiliary corps, which, in cooperation with the Brits, were gradually formed by, for example, the Polish, French or Norwegian army-in-exile, were not also formed directly by the Czechoslovak army?

“The reasons for not creating a similar corps of women directly in the Czechoslovak army, given in 1941, were legal reasons, such as a necessary change of the conscription law or the fact that there was no use for women in the units,” says Karolína Stegurová. According to the archives, however, it was essential to fill the places in the auxiliary corps with men with a lower medical classification.

Women in the resistance

In addition to the army auxiliary corps, however, Czechoslovak women were significantly involved in a diverse range of operational and support activities in the domestic resistance in the Protectorate of Bohemia and Moravia.

The bravery and sacrifice of those Czechoslovak women who participated in hiding and helping the Czechoslovak paratroopers Kubiš and Gabčík was mentioned even in the contemporary German reports. Women also contributed to the fight against Nazism outside the Protectorate.

In addition to Great Britain or the Middle East, it was, for example, in Yugoslavia or the Soviet Union.

This article was first published by the Czech Academy of Sciences.