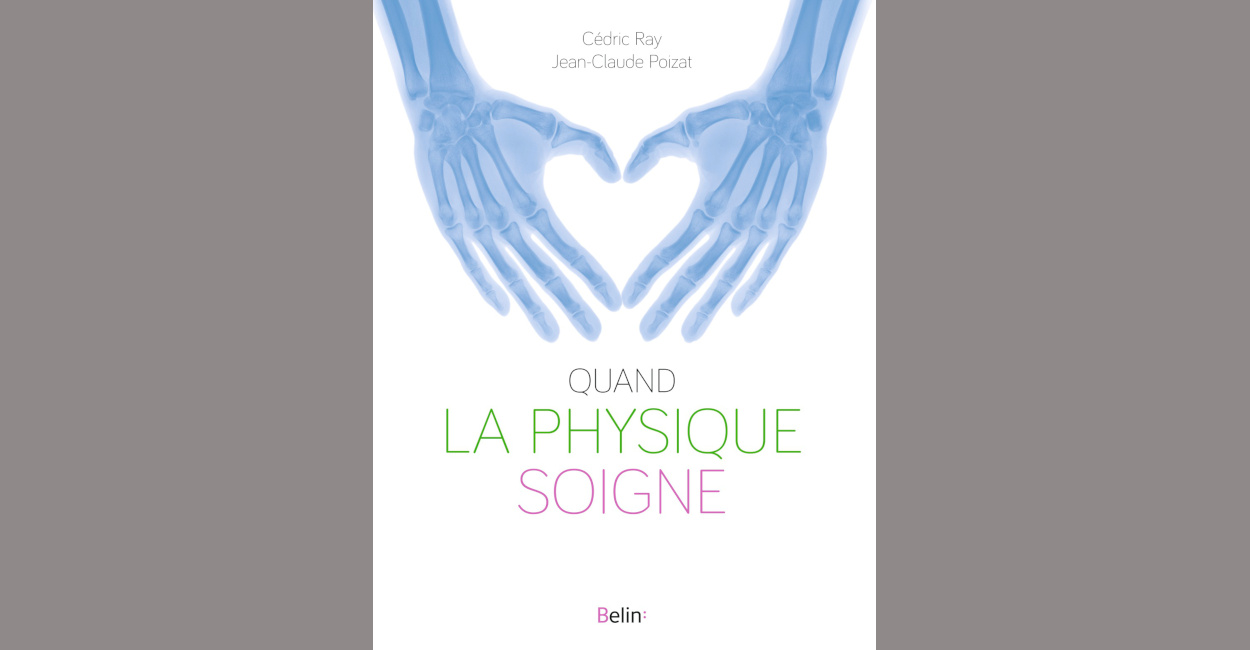 And don’t ask physics in advance how it can be used in medicine, and therefore don’t ask scientists to justify their requests for research funding with foreseen applications.

This is the conclusion that can be drawn from Quand la physique soigne (1) (Physics that cures), a highly illustrated book on some of the most powerful techniques used by physicians to diagnose our ills and treat us. Even if it is not necessarily the one that the authors – two physicists, Cédric Ray and Jean-Claude Poizat – had in mind. With this book, they are going on disseminating their science toward the general public.

Radioactivity, nuclear magnetic resonance, X-rays, lasers, superconductivity… when physicists from the Curie to Einstein and Anatole Abragam opened these new fields of knowledge, no one could have anticipated their medical uses. Exploring the human body without opening it up, detecting tumours… and then treating them is nuclear physics.

Manufacturing a cochlear implant (for hearing) involves the invention of the transistor, microelectronics and digital signal processing. No one could submit a research project on the structure of matter or Boolean algebra (yes, Boolean algebra is needed to analyse the sound signal) claiming that it would cure cancer or treat hearing impairment.

Among the examples chosen by the two authors, some use advanced physics and are often obscure to non-specialists. Spin of the proton, superconductivity, optical pumping allowing population inversions among the atoms of a laser… the reader will try to understand more clearly thanks to the book’s explanations and illustrations.

I like particularly the example of the improvement of our glasses by an anti-reflection treatment that results from the application of discoveries in fundamental optics. The anti-reflection layer is chosen, in terms of its thickness and its reflection index, in an extremely precise manner so that the light reflected by the surface of the glasses, i.e. the outer surface of the anti-reflection layer, and the light reflected by the interface between this layer and the substrate, are in perfect phase opposition. A phase opposition that destroys the reflection.

From astronomy to ophthalmology

This massive use today, so useful to eyeglass wearers, was obviously not foreseeable as a use for the understanding of optics and light as an undulatory phenomenon. The authors could also have mentioned the use for ophthalmology of much more recent astronomical work on adaptive optics to correct the degradation of images of celestial bodies collected after light has passed through the atmosphere (whose fluctuations are responsible for the flickering of stars observed from the Earth’s surface).

This little stroll through the medical tools that come from physics – and especially from physics research that does not have medicine as its objective! – demonstrates the stupidity of basic research funding agencies when they ask “what is your research going to do for society” and use this criterion to deny the requested credits. But these demands come directly from a political command, from governments that still have not understood that public spending on research is not a cost of running the state but an investment for the future of all.

This post has first been published (in French) on the {Sciences2} blog by French jounralist Sylvestre Huet, that is hosted on the website of the daily Le Monde. We thank him for his authorization.