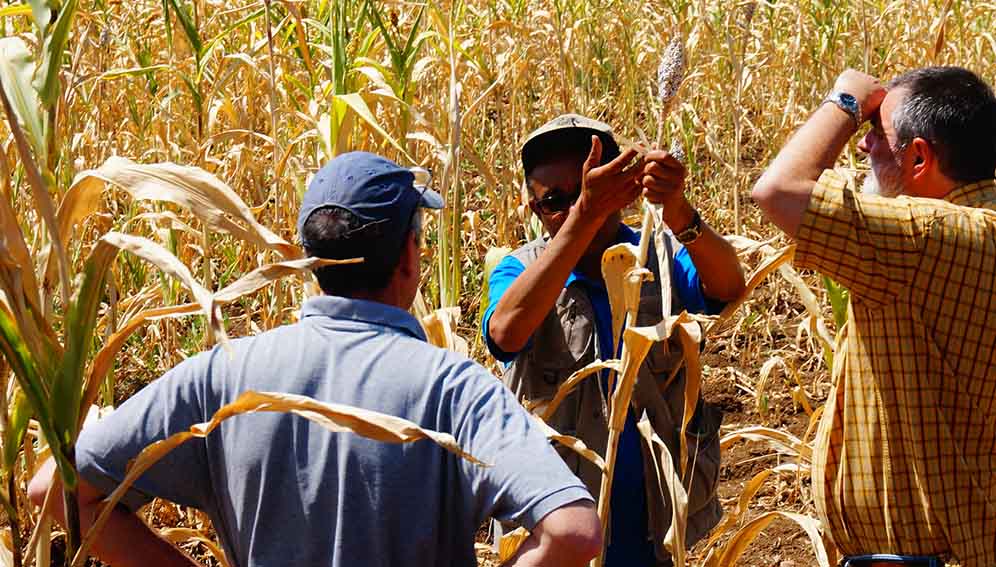 Increased demand for water will be the biggest threat to food security in the next two decades, says a new report that calls for collaboration between scientists and policymakers to boost resilience in global food systems.

As many as 828 million people faced hunger in 2021, up from an estimated 811 million the previous year, with around 11.7 per cent of the global population being severely food insecure, according to new data from the Food and Agriculture Organization of the United Nations.

Droughts linked to climate change mean there is greater competition among farmers for water, while the report notes that increasing demand for water from growing populations is reducing access to clean water, groundwater and sustainable irrigation.

At the same time, ongoing conflicts such as the war in Ukraine and the economic impacts of the COVID-19 pandemic are reversing decades of progress — and threatening to derail goals to end hunger, food insecurity and malnutrition in all forms by 2030.

The peer-reviewed study published on 15 July in One Earth also identified drought and heatwaves in Sub-Saharan Africa, damage to ecosystems, and monsoon and meltwater disruption in Asia as major threats to global food security. The threats were identified by members of an expert panel and then ranked and prioritised.

Zia Mehrabi, lead author of the study and an assistant professor of environmental studies in the Mortenson Center in Global Engineering at the University of Colorado Boulder, said that food security was a problem of poverty, distribution and limited access to food, rather than one of food production.

He said that the impacts of climate change were becoming more severe and policies should focus on building systemic resilience, rather than responding to individual instances of extreme weather. “This is where society needs to focus its efforts on raising standards of living across the board. Only then can we ever hope that extreme events do not affect the most vulnerable,” he told SciDev.Net.

“Similarly, we need to look after our ecosystems, because they provide the lifeline for agriculture: we lose those and our ability to cope with extreme events massively diminishes.”

The team of international researchers noted that even before the war in Ukraine and the ongoing civil war in Ethiopia, which have disrupted supply chains and food production, conflicts such as those in Syria and Yemen threatened regional and global food security.

These disruptions are exacerbated by increasingly frequent extreme weather events like marine heatwaves, floods and droughts.

The authors called for increased collaboration and coordination between researchers who study specific threats to food systems, so that decision-makers have comprehensive information, updated models and relevant tools as threats arise.

“Countries need to move from protectionist and nationalistic policies towards collaborative forms of governance — and we need to start asking questions like ‘what does governance for resilient food systems look like?,” Mehrabi said.

“This is an unpopular idea, but the reality is in the long-run everyone will benefit. We need policies that focus on building trust between actors within and between countries, trust that enables the big problems to be tackled in earnest.”

Agnes Kalibata, president of the Alliance for a Green Revolution in Africa (AGRA) agrees with the findings: “The evidence is unmistakable. An intense drought has gripped Eastern Africa for the last consecutive four years and unprecedented droughts are affecting many parts of the world,” she told SciDev.Net.

She adds that drought has exposed millions of people in the region to food insecurity and hunger in the past two years.

She says on-farm practices to increase drought resilience, which are cost-effective and easily adopted, are needed. These practices could include integrated water management, whereby irrigation, surface and groundwater, are deployed for agriculture.

Kalibata says that just five per cent of farming in Sub-Saharan Africa benefits from irrigation, while about 60 per cent of agricultural land in India has access to irrigation. However, Kalibata said water management solutions should go beyond on-farm practices.

Transboundary water basins account for nearly two-thirds of freshwater resources globally, making competition over dwindling water supplies a potential source of tension between countries, and managing such competition is critical, according to Kalibata.

Curbing the loss of biodiversity and increasing crop diversity among smallholder farmers in Sub-Saharan Africa could enhance their capacity to mitigate risks from extreme weather events, she says.