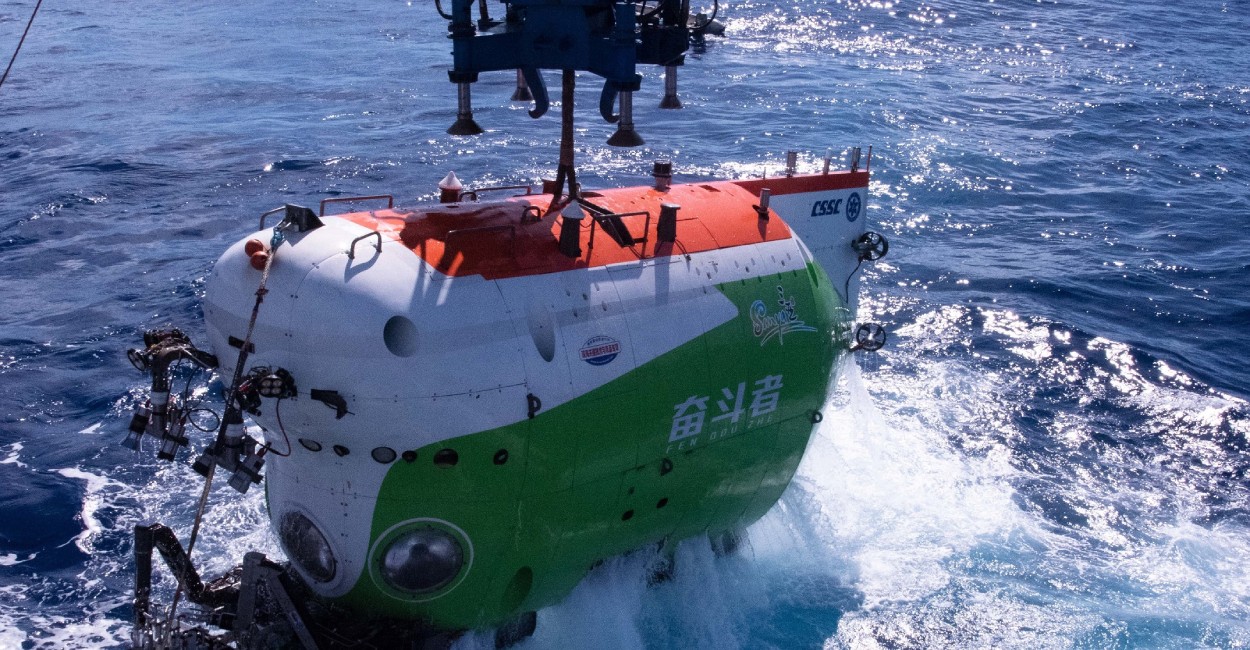 A submersible pilot from China and a New Zealand scientist have become the first women to dive to Scholl Deep in the Kermadec Trench, 10 km below sea level.

The dive was undertaken by NIWA (National Institute for Water and Atmospheric Research, New Zealand) marine biologist Dr. Kareen Schnabel and submersible pilots DENG Yuqing and YUAN Xin from the Institute of Deep Sea Science and Engineering (IDSSE) of the Chinese Academy of Sciences (CAS).

It was only the second crewed visit ever to explore the Scholl Deep and was done as part of a two-month scientific voyage on board the IDSSE’s research vessel Tansuoyihao.

Scholl Deep is the deepest known point of the Kermadec Trench, which lies to the north of New Zealand. The 1000 km plus long trench is almost perfectly straight, and its deepest point is at a depth greater than the height of Mt Everest.

Dr. Schnabel and the submersible pilots spent six hours at the bottom of the sea exploring the Scholl Deep and the steep sides of the trench.

“This extraordinary submersible technology has given us the privilege of studying parts of the ocean in ways that we aren’t usually able to, giving New Zealand researchers a rare chance to explore this fascinating and fragile environment,” said Dr. Schnabel.

“Textbooks and images don’t compare to experiencing the light disappearing as you leave the surface of the ocean or seeing the deep sea floor with your own eyes. The fine sediments were covered in tracks, and we saw lots of small animals on the sea floor and in the water. It was jarring that there was still rubbish such as fishing floats and nets, even though we were more than 10,000 m below sea level,” she said.

The first leg of the voyage was successfully completed on 24 November 2022. The HOV Fendouzhe undertook 16 dives between the depth of 5,747 m and 10,000 m, in addition to the deployment of other independent samplers such as a lander, CTD (water sampler), and a gravity corer.

“It is really exciting for both Chinese and New Zealand scientists to have the opportunity to comprehensively appreciate the complexity and diversity of both the geo– and ecosystem of the Kermadec Trench,” says Dr. PENG Xiaotong, the leader of this voyage from IDSSE.

“Taking rock samples, for example, offers us a unique chance to understand the nature of the subducting and overriding plate, as well as the mechanism of the subduction initiation in Kermadec Trench,” said Dr. PENG.

Find the rest part of the report here.

NB: The Chinese Academy of Sciences first published this report.