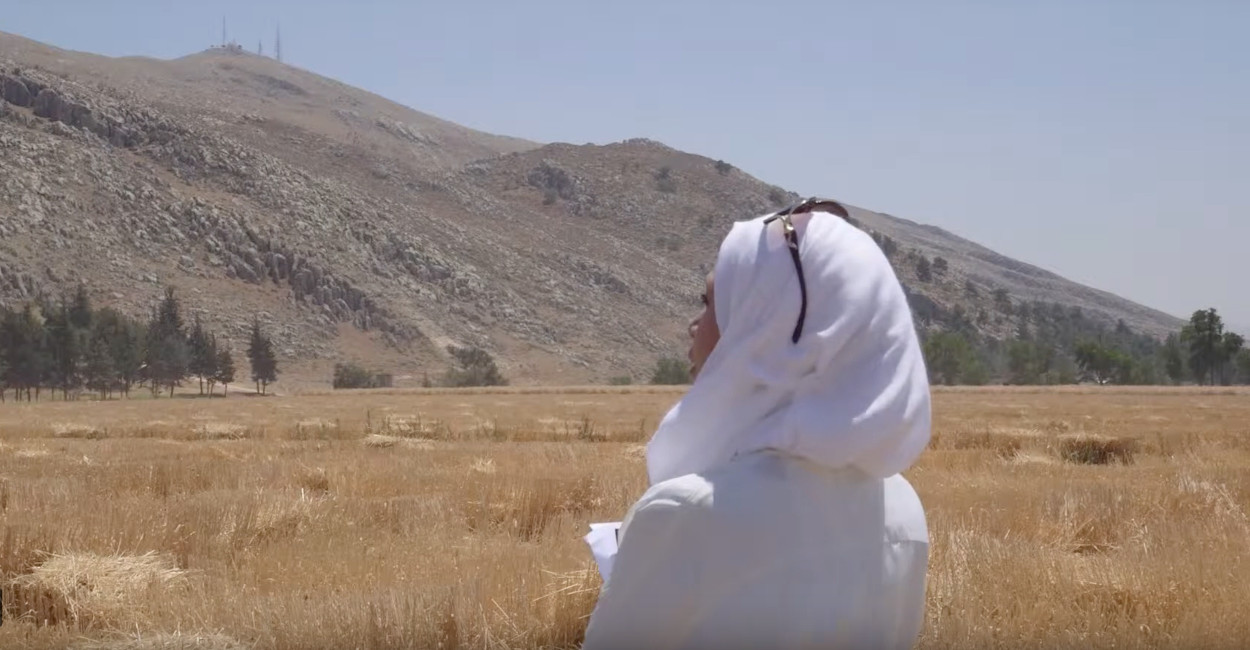 One more step towards a global movement for the engagement and support of at-risk, displaced and refugee scientists.

Despite the COVID-19 pandemic, the number of people forcibly displaced worldwide rose to 82.4 million at the end of 2020, according to the United Nations High Commissioner for Refugees (UNHCR). Unfolding emergencies such as those in Myanmar, northern Mozambique and the Tigray region of Ethiopia, and protracted crisis in countries like Afghanistan, South Sudan, Syria, Venezuela and Yemen, mean that today, 1 in 95 people (1 in 159 in 2010) is forcibly displaced owing to war, violence, persecution and socio-political instability, as well as climate change.

Among those fleeing their country are scientists, doctors, engineers and others with advanced technical training. The number of displaced and refugee scientists is unknown, but probably in the thousands and possibly exceeding 10,000. Even when they find refuge in a new country, the insecurity often continues, due to their precarious status.

As highlighted by the 2021 UNESCO Science Report chapter “The integration of refugee and displaced scientists creates a win–win situation“, the international community must ensure that those scholars’ skills and training do not go to waste and that they preserve and develop their expertise, both for their sake, and for the benefit of their home and host countries. These individuals represent invaluable assets for the entire global scientific community.

Within this framework, the Science in Exile initiative was officially launched in March 2021 by UNESCO-TWAS, in collaboration the International Science Council (ISC) and the InterAcademy Partnership (IAP), under the umbrella of Science International. The launch also coincides with the celebrations in 2021 of the 70th anniversary of the Geneva Convention on Refugees.

Science in Exile aims to create a network of like-minded organizations that will work together to develop a platform and roll out a coordinated advocacy campaign, so as to foster a cohesive response for the support and integration of at-risk, displaced and refugee scientists.

The Science in Exile Steering Committee was established in June 2021, during the celebrations of the World Refugee Day, and following a public call for nominations, with more than 60 nominations received, 51% of them from women and 76% from the Global South.

The Committee comprises 12 members coming from the academia, the scientific community and the non-governmental sector. 58% of them are women, two thirds come from the Global South and one third from a Science and Technology-lagging country.

Members are internationally renowned experts, professionals and/or scientists with exceptional knowledge and expertise in displacement/refugee/humanitarian issues, higher education and science, policy-making and/or advocacy. They are either at-risk, displaced or refugee scientists themselves, or work for organizations that support, protect and advocate for them at national, intergovernmental and/or global level.

The role of the Committee is to provide leadership to the Science in Exile initiative and oversee the implementation of its activities during an interim (one year) governance phase, and to encourage the growth of the initiative into an active international movement.

A group of task teams

The committee will also preside over a group of task teams that, with about 50 participants so far, have been meeting since April 2021, to discuss and advance several activities of the initiative, including a new website, a webinar series and a mapping survey for organizations supporting at-risk and displaced scientists.

The first meeting of the Steering Committee will be held on July 16, 2021, to discuss and plan the next phase of Science in Exile.

Saja Al Zoubi is a development economist who specializes in and teaches Gender and Forced Migration & Middle East Politics.

She is a lecturer at the Department of Politics and International Relations (DPIR), University of Oxford, and visiting scholar at Glasgow University. Her research has focused on issues of gender and rural development, including women’s empowerment, and its role in the development. Since the war broke out in Syria, her concern has been researching ways to improve the livelihoods and food security of affected households (IDPs and refugees), especially women-headed households. Al Zoubi is the recipient of numerous awards and fellowships from international and regional universities and foundations.

Aman Amin is a professor of nanotechnology/polymers at the National Research Center in Egypt.

She was a TWAS Young Affiliate, co-founder and executive committee member of the Global and Egyptian Young Academies, as well as president, co-founder and coordinator of the Egyptian Society and Arab Network for Advanced Materials and Nanotechnology. She is founding chair of Women in Science Without Borders (WISWB) and the World Forum for Women in Science. In 2020 she co-founded the Northern African Research and Innovation Management Association (NARIMA) and in 2021 the science diplomacy for the future initiative. Her achievements were featured in many journals, including Scientific African (2019), Nature (2020) and the NASAC book on Women and sustainable development in Africa (2020).

Emily Borzcik is the Assistant Director of the Institute of International Education’s Scholar Rescue Fund (IIE-SRF).

She joined IIE-SRF in 2013 and oversees the administration of the programme, including applicant vetting, scholar placements, monitoring all IIE-SRF fellowship appointments, and managing IIE-SRF’s institutional partnerships with European partners. From autumn 2021, she will lead the IIE-SRF Europe office in Brussels. Borzcik holds a BA in Social Welfare and Scandinavian Studies from the University of Wisconsin-Madison and an MA in International Education from New York University.

Karly Kehoe is a historian and the Canada Research Chair in Atlantic Canada Communities.

Her primary research areas are religion, migration and minority identities in the north Atlantic. She is the president of the Royal Society of Canada’s College of New Scholars, Artists and Scientists and board chairperson of the Gorsebrook Research Institute for Atlantic Canada Studies at Saint Mary’s University. Kehoe is the co-founder of two programmes for displaced academics (the Young Academy of Scotland’s At-Risk and Refugee Membership programme & the Global Young Academy’s At-Risk Scholar Initiative).

Stanley Maphosa is the International and National Liaison Manager of the Academy of Science of South Africa (ASSAf) and the Regional Coordinator of TWAS sub-Saharan Africa Regional Partner (SAREP).

He is a science diplomat, science communicator, science adviser and science advocate, liaising bilaterally and multilaterally with various science organizations and inter-governmental bodies at national, regional and global level.

Robin Perutz is emeritus professor at the University of York since 2020.

After studying in Cambridge and Newcastle, he worked in Mülheim, Edinburgh and Oxford, before moving to the University of York in 1983 where he was promoted to professor of chemistry in 1991. Perutz studies chemical reactions of compounds of metals stimulated by light in order to understand catalysis and develop solar energy. He was elected a Fellow of the Royal Society, the UK’s national academy of sciences, in 2010. For many years, he has been active in the women in science agenda and in supporting students with disabilities. He also has a long-standing interest in human rights of scientists fleeing conflict.

Alain Prochiantz is Emeritus Professor and Scientific Director of BrainEver SAS, a company specialized in neurological and psychiatric diseases.

In 1990, he started his Research Unit at Ecole Normale Supérieure where he investigated the signaling functions of homeoprotein transcription factors. He is a member of the French Academy of Sciences since 2003, became Professor at Collège de France in 2007 and chaired this institution from 2015 to 2019. As dean of the College de France, Prochiantz initiated PAUSE (Programme d’Accueil en Urgence des Scientifiques en Exil) and chaired its Scientific Council and its Steering Committee, and he still participates in the selection of refugees and the identification of host laboratories.

Karina Sarmiento is a human rights and social change professional.

For over 20 years, she has worked on refugee and migrant rights, prevention of sexual-based violence and human trafficking, with groups, communities and organizations in Ecuador, Mexico, Peru, Central America, Africa and the Middle East. She has collaborated with Pan-American Development Foundation, Amnesty International, Asylum Access, and others. Sarmiento holds an LLM on International Cooperation against Transnational and International Crimes from the University of Teramo, an MA on Gender and Development from the University of Barcelona and a Bachelor of Arts with Honours in Sociology and Development.

Seteney Shami is founding Director-General of the Arab Council for the Social Sciences since 2012.

She is an anthropologist from Jordan and obtained her BA from the American University of Beirut and her MA and PhD from the University of California, Berkeley. She has conducted fieldwork in Jordan, Egypt, Turkey and the North Caucasus. She has worked at Yarmouk University, Jordan, the Population Council in Cairo, Egypt, and the Social Science Research Council in New York, USA. Her latest publication is Seeing the World: How US universities make knowledge in a global era (co-authors Mitchell Stephens and Cynthia Miller-Idriss).

Phyu Phyu Thin Zaw is a lecturer at the School of Public Health in the Li Ka Shing Faculty of Medicine, University of Hong Kong.

Kebede Tsegaye is the Senior Programme Coordinator of education, science, technology and innovation at the Intergovernmental Authority on Development (IGAD) in Ethiopia, with focus on the education of refugees, returnees, internally displaced persons (IDPs) and host communities.

Between 2015 and 2019 he served as a Director for the Research and Knowledge Management Office at St. Mary’s University in Ethiopia, while from 2003 to 2010 he worked at the African Union, leading on the development of policies and strategies on sexual and reproductive health and rights, culture, sports, and population and development. Between 1988 and 2003 he taught and held various posts at Alemaya University in Ethiopia. Tsegaye graduated from the Diplomatic Academy of Vienna, holds a PhD in sociology from Klagenfurt University, Austria, and has published papers on higher education, culture, conflict resolution/transformation and livelihoods.

Radwan Ziadeh is a senior analyst at the Arab Center, Washington, DC.

He is the founder and director of the Damascus Center for Human Rights Studies in Syria, and co-founder and executive director of the Syrian Center for Political and Strategic Studies in Washington, DC. He was named “Best Political Scientist Researcher in the Arab World” by Jordan’s Abdulhameed Shoman Foundation in 2004 and in 2009 he was awarded the Middle East Studies Association Academic Freedom award. In 2010, he accepted the Democracy Courage Tributes award on behalf of the human rights movement in Syria, given by the World Movement for Democracy. Ziadeh wrote more than twenty books in English and Arabic; his most recent book is Syria’s Role in a Changing Middle East: The Syrian-Israeli Peace Talks (2016).

For more information on Science in Exile, please visit: https://twas.org/about-science-exile-initiative

Science of balancing nature and civilization
10/01/2023