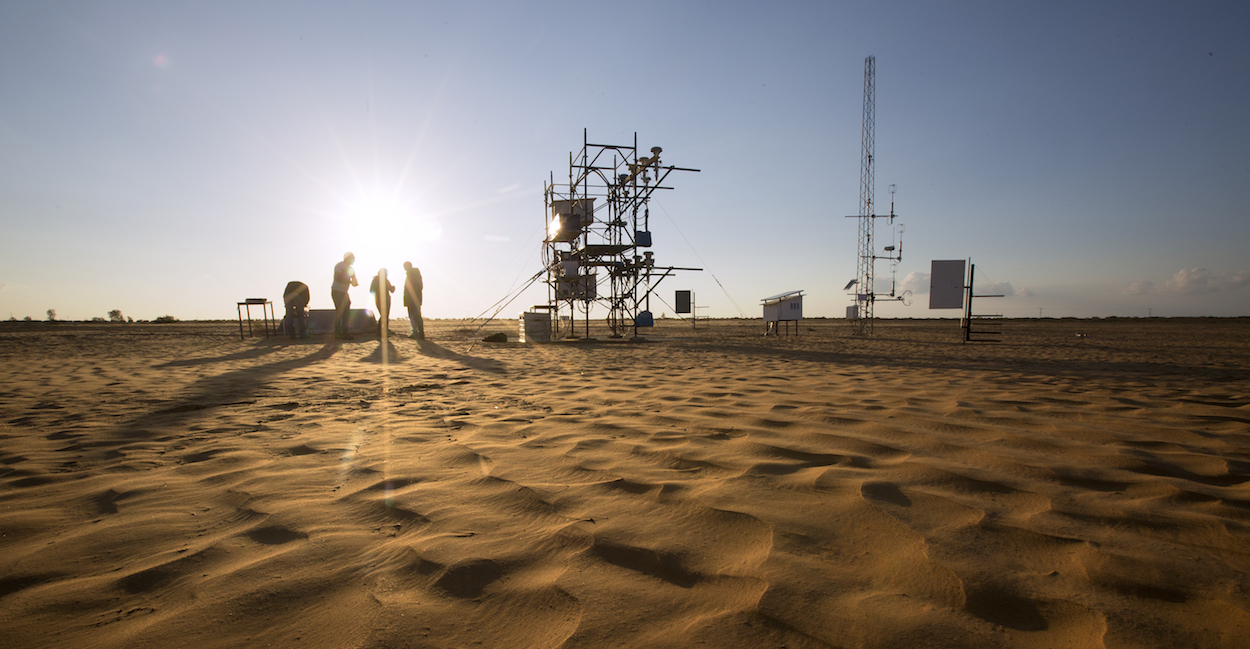 In arid and semi-arid environments, the land is vulnerable, densely populated and exposed to the wind. In these regions, wind erosion must be taken into account to the same extent as water erosion to anticipate soil changes for agriculture.

In the 1930s, massive dust storms devastated crops in the “Dust Bowl”, a vast territory straddling Texas, Kansas and Oklahoma, forcing thousands of farmers to leave their land. US researchers found that these disasters were linked to the extension of agricultural land, which contributes to the wind erosion of soil that has become too fragile.

Their research led to very accurate soil erosion models, yet difficult to transpose to other continents.

Wind erosion in the Sahel

This is why, in the 1990s, IRD and CNRS researchers decided to examine wind erosion in the Sahel, a cultivated, densely populated region which dust can fertilise the Amazon forest. They began by describing the process on various scales, from the grain of sand carried over a few metres to dust carried across the region.

From 2006 to 2010, as part of the AMMA campaign, they installed a device in Niger to measure dust flows, including a six-metre high tower and an underground laboratory. The idea was to determine the number, size distribution and composition of wind-borne particles. They also installed three dust monitoring stations in the Sahelian strip, which are still operational, in Niger, Mali and Senegal.

Start of the rainy season

They demonstrated that the most intense wind erosion period in the Sahel was not during the dry season, as expected, but at the start of the rainy season, from May to June. This erosion was accentuated by land cultivation and the systematic collection of agricultural residues, resulting in an almost complete lack of vegetation at this time of year.

This research aims at modelling the progressive loss of fertility of Sahelian soils.

“The scope or value of research on wind erosion in Niger, initiated or developed thanks to IRD, can be found on three levels: 1) fundamental, to understand the processes involved in this threat in the context of the Sahel and Niger; 2) academic, through the training of an increasing number of students in this field and the improvement in “land management and conservation” modules via the results of in situ measurements; and 3) practical, via the strategic dune stabilisation or land restoration priorities.”