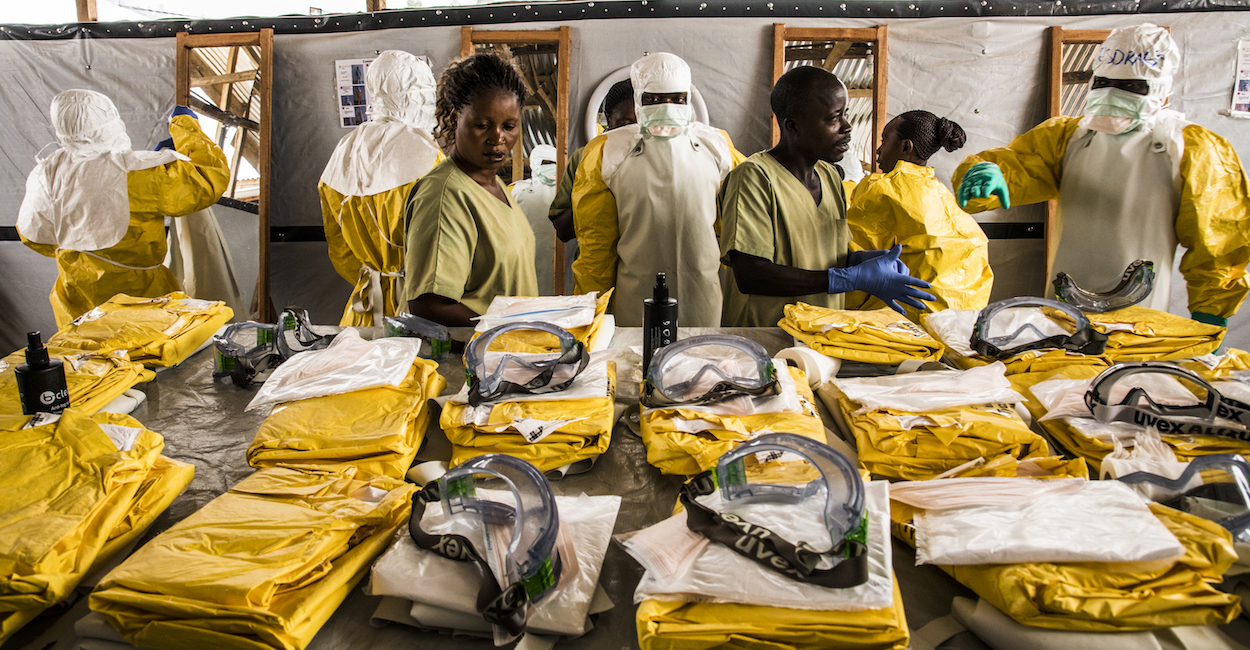 Scientists fear a new Ebola strain might emerge in the Democratic Republic of Congo if two versions of the disease mix together to form a new, potentially deadlier version.

Ebola is a highly contagious infectious disease that has a fatality fate of around 50 per cent. There have been multiple outbreaks across Africa in the past decade.

The DRC government [Thursday 25 June] declared an end to the eastern outbreak – the tenth in the country – but World Health Organization director-general Tedros Adhanom Ghebreyesus warned there was “still potential for flare-ups” of this strain, calling for rapid response teams to remain in place.

Outbreak in the northwest

However, as of 20 June, there have been 13 deaths and 23 cases of Ebola virus disease (EVD) reported in five health zones in the northwestern Équateur Province, after the first deaths were announced in the province capital Mbandaka at the beginning of June.

The potential of population migration

“The one thing you have to think about in particular is the potential of population migration which can mean the two strains undergo viral recombination, which can lead to a completely new strain and which can cause examples of [drug] resistance to appear,” says Éric Kasamba, a microbiologist at the DRC’s University of Lubumbashi.

He said the priority should be to identify the source of the northwestern strain as this will aid in tackling the spread.

“Right now, research should focus on the identification of the reservoir of this new strain because if we identify this reservoir we can decontaminate the animals,” he said.

Even though the eastern outbreak has been declared over, officials say there is still a risk of further flare-ups.

Jean-Jacques Muyembe, director-general of the DRC’s National Institute for Biomedical Research, says: “In the east we have a large number of people that have recovered and also they’re a potential source of transmitting this disease sexually.”

Research teams are expected to be established to monitor the 1100 Ebola survivors, particularly men.

The emergence of the northwestern Ebola virus strain also raises the question of whether Ebola survivors could again contract the disease. Studies suggest survivors develop antibodies that can last 10 years, possibly longer, according to the US Centers for Disease Control and Prevention, but it is not known whether people can become infected with a different species of Ebola virus.

DRC public health minister Eteni Longondo says communities in the northwest are educating each other about prevention measures to stop the spread and they want to receive the recently-created Ebola vaccine.

But, says Longondo, “the problem is that this disease is migrating … now it can be found in other villages”. These villages are remote and difficult to access, though not densely populated.

While the new Ebola virus is distinct from that found in North Kivu and Ituri, in the east, WHO and government health experts say lessons learnt from the eastern outbreak can inform the response in the northwest. “There is a vaccine that is already there. I think there is a way to use it to protect the population,” Kasamba says.

He believes that management of this 11th DRC outbreak will be easier because the treatments for Ebola are well known. “Despite the difference in genotypes, the basis of the medical response will be close since it is the same disease,” he adds.