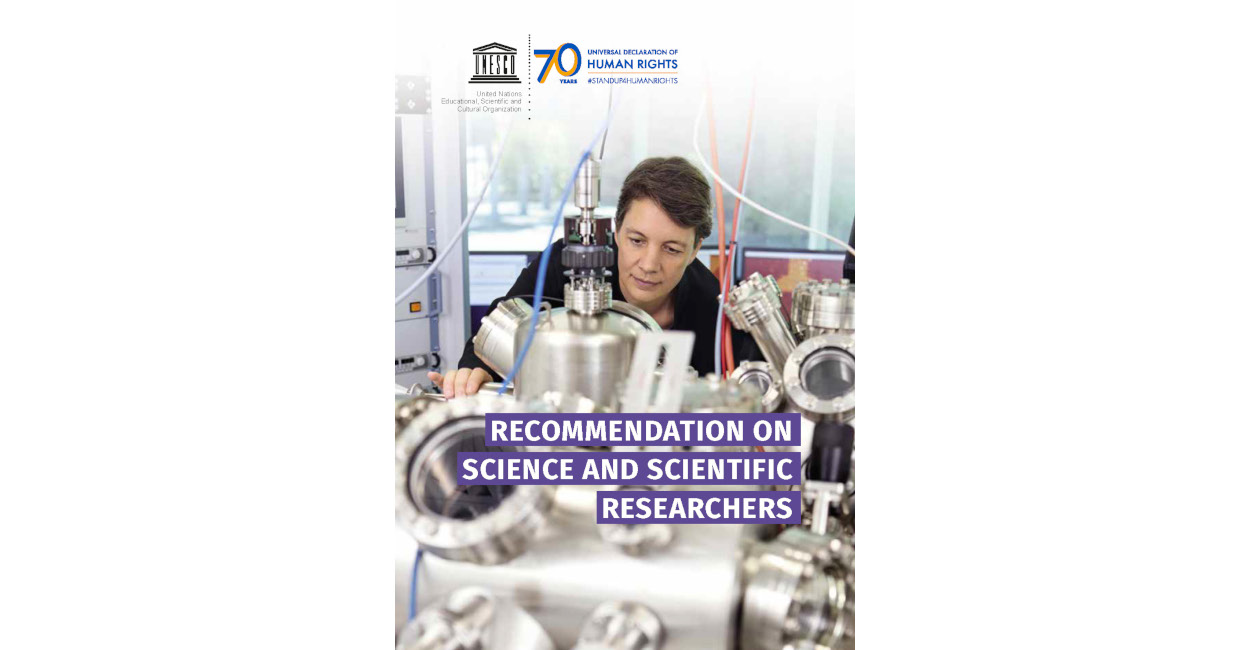 The United Nations organization in charge of science produced a text in 2017 which, without having the status of law, should inspire States, as well as researchers, around the world.

How can the training of scientific researchers be supported and their suitable working conditions be guaranteed? How can their work be taken into account in the development of national, regional and international policies? What responsibilities do political leaders have towards them? And what are the responsibilities of the researchers themselves in the conduct of their work?

These are all questions on which UNESCO Member States proposed guidelines at the 39th session of the Organization’s General Conference. On 13th November 2017, they adopted a Recommendation on Science and Scientific Researchers.

The full text of this Recommendation is quite long, and written in diplomatic language: there is no offence to write that it has certainly not been read in detail by many researchers. Yet it concerns them first and foremost.

A text that deserves to be known

It is never too early to do the right thing, and we will contribute to its dissemination through a series of posts published every Tuesday in this newsfeed. We will draw on the excellent presentation of this recommendation by the Canadian Commission for UNESCO, in collaboration with the Netherlands Commission for UNESCO. We strongly encourage all readers to download the brochure they produced in 2018.