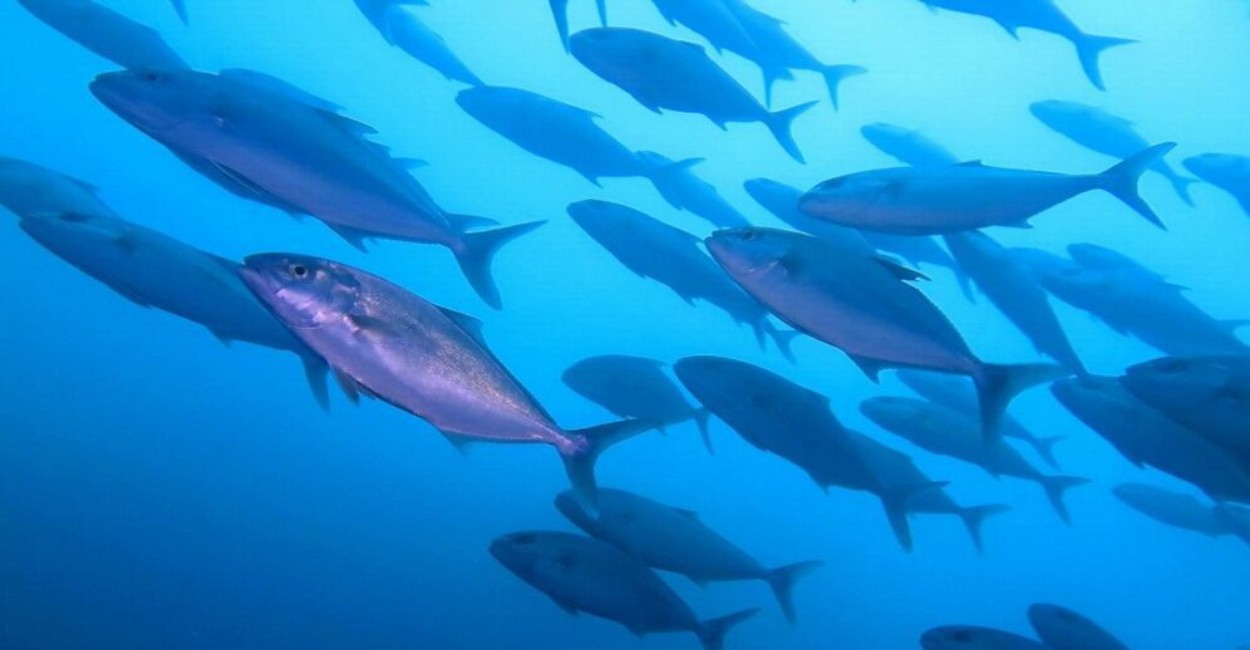 Seafood supplies risk been affected if ocean acidification and global warming continue to interfere with the group interaction of fishes. This is according to a study.

Ocean acidification and global warming are interfering with the way fish interact in groups, posing a threat to their survival which could affect seafood supplies, researchers say.

Marine ecosystems worldwide have shown an increased dominance of warm water species following seawater temperature rise, with parallel changes in the species composition of fish catches since the 1970s, according to a report by the Intergovernmental Panel on Climate Change (IPCC).

Fisheries from marine ecosystems provide food, nutrition, income and livelihoods for many millions of people around the world, the IPCC, said. Globally, total fish catches amount to 80—105 million tonnes annually, generating over US$80 billion in revenue, the report said.

“Fish show gregarious behaviour and cluster in shoals which helps them to acquire food and protects them against predators,” says Ivan Nagelkerken, professor at the University of Adelaide’s Environment Institute and Southern Seas Ecology Laboratories and author of a study on the effect, published in Global Change Biology.

Under controlled laboratory conditions, the researchers observed how species interacted and behaved in new ways with changing temperature and acidification. While warming and acidification are different phenomena, they interact to the detriment of marine ecosystems.

According to Nagelkerken, mixed shoals of tropical and temperate species became less cohesive under future climate conditions and showed slower escape responses from potential threats. Strong shoal cohesion and coordinated movement, whether to acquire food or evade predators, are important for fish survival.

“Species are extending their ranges pole-wards as the oceans warm due to climate change,” says Nagelkerken. “This process, known as tropicalisation of temperate ecosystems, means tropical species are mixing with temperate species and creating novel ecological interactions.”

He says tropicalisation is altering temperate ecosystems and food webs. “With changes in the habitats, fishes, and other species due to species range extensions, ecosystem services and fish stocks could be altered as well. Novel species interactions between tropical and temperate species are critical as they mediate the population sizes of these fishes and therefore the functioning of food webs.”

What’s critical, says Nagelkerken, is that species abundances are changing due to species range extensions. “Tropical species will become more abundant in temperate ecosystems, some temperate species less abundant. This changes the type of fisheries, and other species that are present at certain locations, and, therefore, potentially also their catches.”

Sometimes, there will be positive effects on species catches, for example, more tropical fisheries species, but sometimes also negative ones, he believes.

“Altered schooling behaviour by fishes due to climate change and novel species’ interactions can affect their survival and growth rates, and hence can alter their population sizes and, therefore, potentially also their catches.”

Nagelkerken says natural climatic oscillations, such as El Nino and La Nina, can also have an impact. “Depending on the location and the specific effect of the oscillations, for example, cooling versus warming, they can slow down or exacerbate species range extensions in the short term although in the longer term the effects of climate change are expected to be stronger.”

Scott Doney, a professor at the environmental change department of the University of Virginia, Charlottesville, tells SciDev.Net, that climate change and ocean acidification from human emissions of carbon dioxide not only cause tropical fish to expand their habitat ranges into temperate regions but “fish physiology and metabolism may be altered by the simultaneous effects of seawater warming and chemical changes associated with acidification.”

This report was first published by SciDev.net.