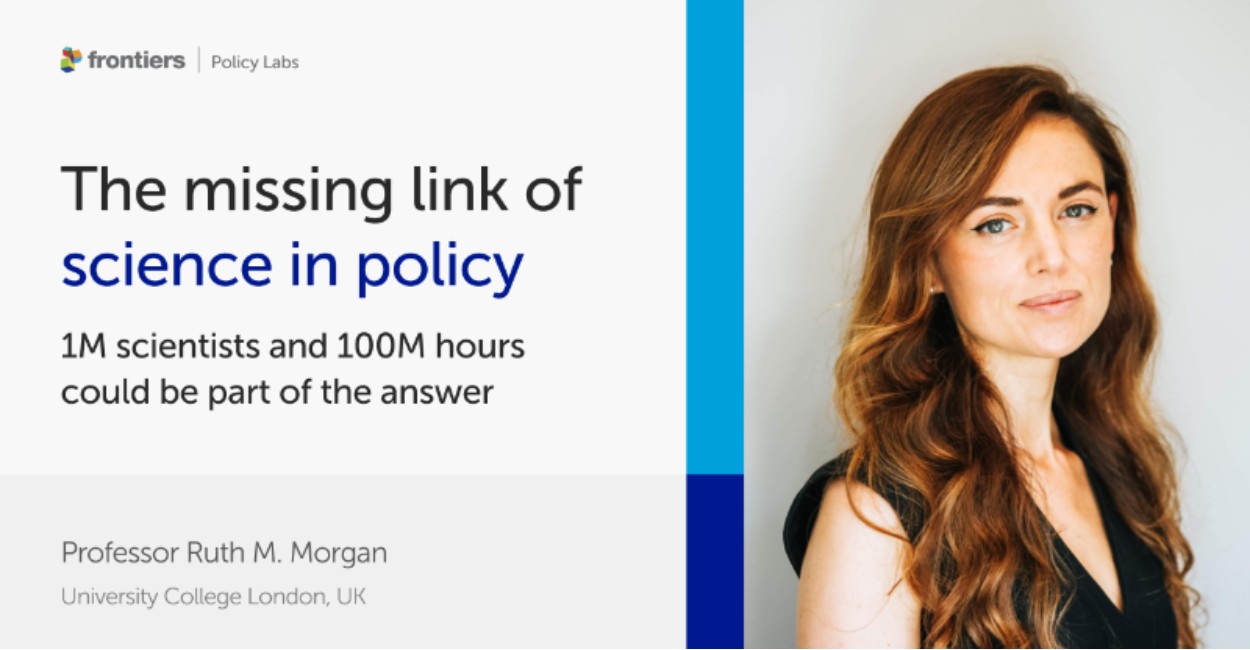 If one million scientists (approximately 10% of the world’s active science population in public service) committed two hours per week to science engagement with and for society (about 5% of their working time), this would create approximately 100 million hours/year dedicated to achieving science that engages meaningfully with policy and global decision makers.

The above statement was recently made by Ruth Morgan, a Professor of Crime and Forensic Science and Vice Dean of the Faculty of Engineering Sciences at University College, London.

Morgan said the 100 million hours could catalyse a global butterfly effect that could carry into the future.

She revealed this in a blog post titled, “The missing link of science in policy – 1M scientists and 100M hours could be part of the answer”.

She said: “For science to be part of policy making, we need a culture of engagement and scientists need to be recognised and rewarded for developing and deploying those skills”.

To tackle the challenges of the 21st Century and the 4th Industrial Revolution, Prof. Morgan, underscored the need for more scientists to reach out to policymakers with relevant science.

“Science will be relevant when it is articulated in ways that engage policy makers in ongoing, dynamic dialogue that infuses science into the culture of policymaking.

“If we persist with rigid and narrow metrics for assessing scientific excellence, we risk disincentivising scientists from spending time developing these kinds of synthesis and communication skills and, critically, from devoting the time in conversation ‘at the table of policy’ that is necessary to embed science into policy making,” she said.

The Crime and Forensic Science Professor, called on global institutions and leaders to consider the potential of 1M scientists and 100M hours, to support this initiative and to be part of the change that is needed.

She said: “The power of recognizing and rewarding just 10% of the worlds’ scientists currently in public service for spending the equivalent of 2 hours per week on policy engagement could create a ripple effect and assure that science is in the hands of those tasked with making the world a more sustainable and equitable place.”