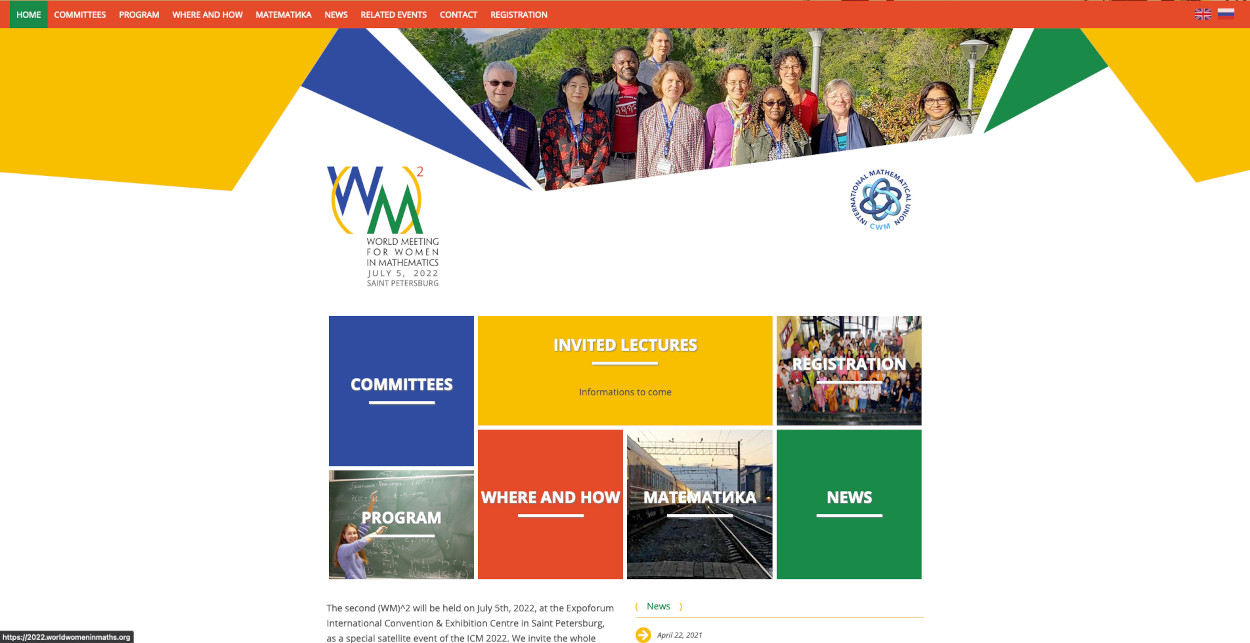 Put this meeting on your schedule to discuss the role of women in mathematics.

The second World Meeting for Women in Mathematics, (WM)2, will be held on July 5th, 2022, at the Expoforum International Convention & Exhibition Centre in Saint Petersburg, as a special satellite event of the ICM 2022. The whole mathematical community is invited to join, for four scientific lectures, group discussions about the gender gap in mathematics and networking.

It is not finalized yet, it will include at least:

The exhibition МАТЕМАТИКА, through a land of mathematics highlights ten interviews with women in mathematics across Russia. The heroines of МАТЕМАТИКА are researchers, administrators, teachers, some of them involved in the mathematical olympiad movement.

The goal of this project is to sketch, through such a series of personal stories, a portrait of modern Russian mathematics. This project is prepared especially for the (WM)2, and the exhibition will be inaugurated at the meeting. The compagnon book containing full versions of the interviews as well as photographic impressions of Russian cities, will also be presented.

Look out for more informations on the dedicated website.