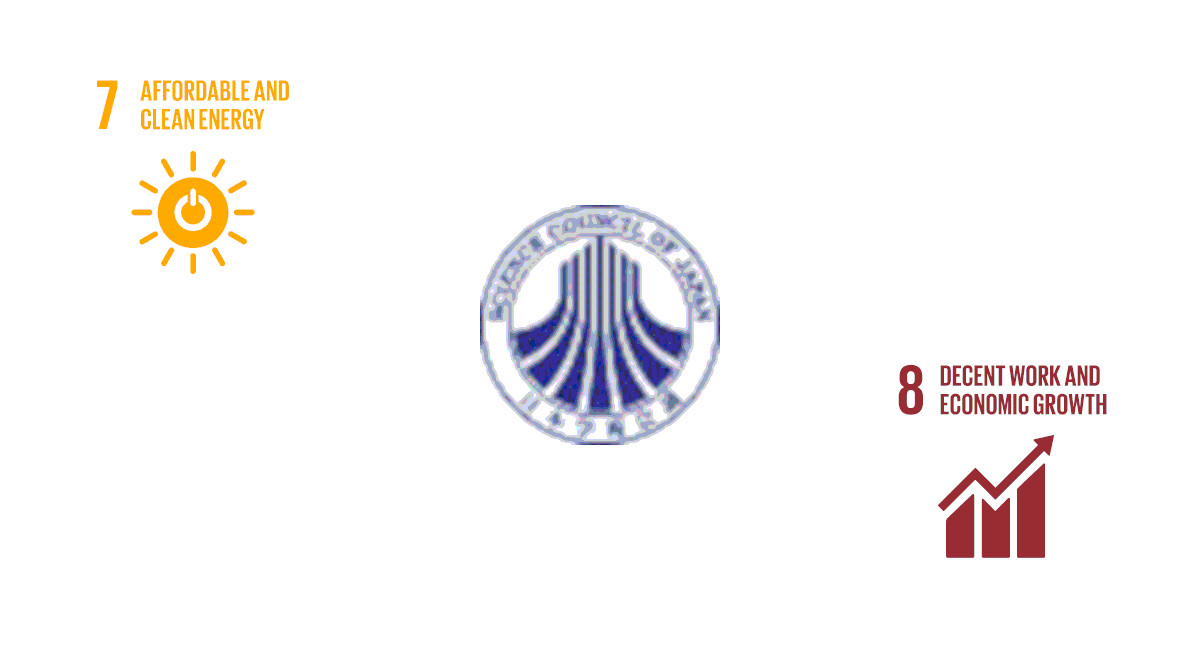 The Science Council of Japan made the very interesting exercise of classifying the resolutions it adopted in the period 2014-2017 according to the SDGs. Let’s have a look at SDG7 and SDG8.

Clean and safe energy for everyone: long-term perspective on the use of renewable energy

Avoiding “damned if you do, damned if you don’t” energy policies: direction of policy for Japan’s energy and global warming countermeasures based on the Paris Agreement

The Paris Agreement is an international agreement that established a framework of greenhouse gas emission reduction that came into effect in 2016. Approximately 67% of greenhouse gas emissions in the world are emissions from energy, which is about 84% in Japan. Everyone knows that energy saving is important, but how can we make measures while paying attention to cost effectiveness? JSC discussed the issues from the viewpoint of energy mix, considering the balance of S + 3E (safety/security + energy security/stable supply, economic efficiency, environmental friendliness).

Challenging work anywhere in Japan: for a sustainable and systematic regional development in the society in the era of declining population in Japan

It is said that young people concentrate in Tokyo area because there are few attractive jobs in peripheral areas. Town, people, work creation headquarters in the government are planning and implementing various measures for the purpose. However, JSC saw that it was not going well, and made recommendations that included verification of regional creation relationship grants, utilization of information for policy planning, flexible regional cooperation, and so on.

Worthwhile work experience with work-life balance: report on the regulation of working hours

Long working hours of full-time workers in Japan has lead to creation of karoshi, death due to overwork. The government has introduced the “Working Reform Execution Plan” in March 2017 to put a ceiling on overtime work hours. In this report, JSC recommended that an overtime work hour ceiling should cover holiday work. JSC also recommended mandatory rest hour of eleven hours after a work day. Further measures are necessary to improve work and life balance of workers.