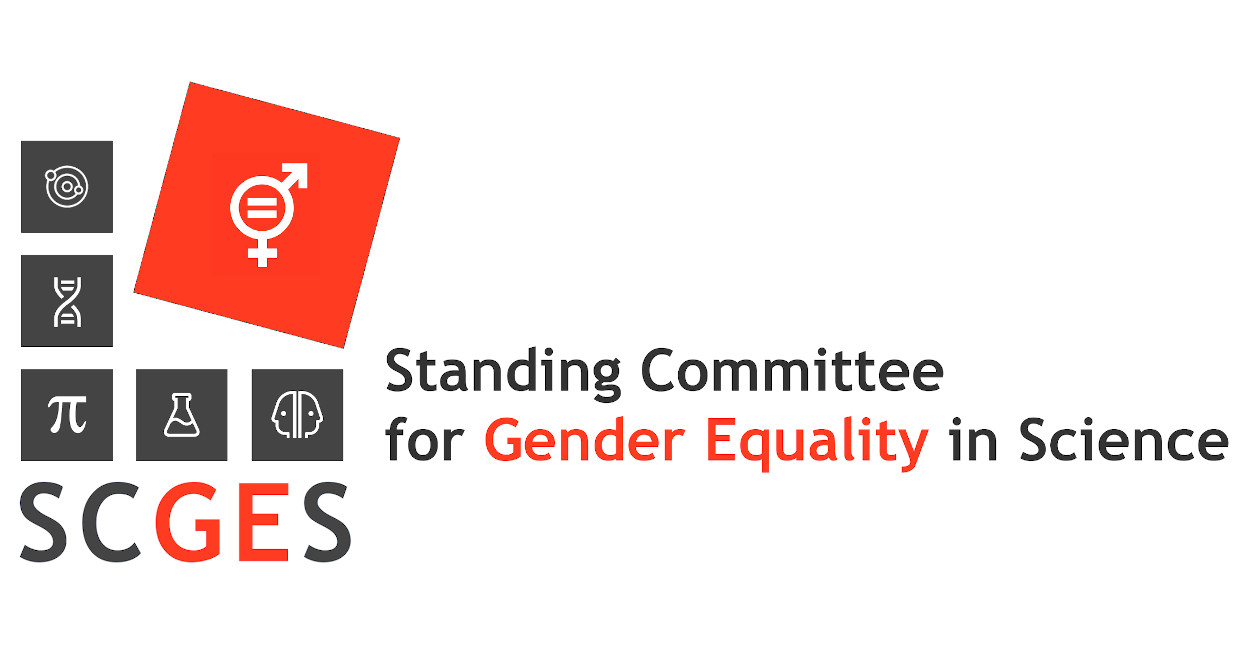 After the official end of the project in December 2019 we have been working in several directions.

Launch the Standing Committee for Women Equality in Science

In order to promote gender equality in science, nine of the international organizations who took part in the Gender Gap in Science project wished to act together in a permanent way to further promote this goal by continuing and enlarging the work accomplished so far, in particular by supporting women and girls’ equal access to science education, fostering equal opportunity and treatment for females in their careers. For this purpose, they established a Standing Committee for Gender Equality in Science (SCGES) in September 2020.

The Standing Committee for Gender Equality in Science:

Make perennial the tools of the Gender Gap in Science project

Even though the funding of ISC is now over, the members of the Gender Gap in Science project continued their efforts, thanks to specific scientific institutions, to make perennial the tools produced by the project.

The Global Survey of Scientists

Partners of the project will be first invited to present proposals to extract information and it will be later open to other researchers outside the project under conditions to be defined on time.

Our study on publication is intended to be sustainable and aims at making data available to interested audiences. Thus, a major effort of our work has been to build and maintain an open platform that allows ad-hoc analyses of bibliographic data in relation to gender. The resulting webpage can be freely accessed.

The site provides structured access to publication data from STEM disciplines in relation to the gender of the publishing authors. Our visualizations address several crucial aspects for understanding the impact of publication patterns on the gender gap:

The aim of the interactive platform is to encourage analyses that contribute to a better under- standing of the interplay between scientists’ gender and their scholarly output. By providing dynamic visualizations we wish to enable researchers, scientific organizations, policy makers, and interested members of the general public to explore the data, formulate new hypotheses, and derive evidence to inform their decision-making processes.

The Gender Publication Gap website continues to be available after the completion of the Gender Gap in Science Project. The professor in charge of the task on Publication Patterns holds a permanent position at Hochschule für Technik und Wirtschaft Berlin (University of Applied Sciences). HTW provides a PhD grant including the support of the interactive tools of the project in the research project.

Data base of good practices

For the data base of good practices, two members of the project having a permanent position at the Unviversity of Limerick are committed to implement the recommendations made during the final Conference of the Gender Gap in Science to improve with in particular a landing page, improved presentation and navigability.

Full report of the project.

🇬🇧 Following a six-month collaborative process involving more than 350 European organisations from over 40 countries, an Agreement on Reforming Research Assessment has been reached.

The @USMF_Moldova is becoming a new supporter for @IYBSSD2022 . The mobilization is increasing worldwide!