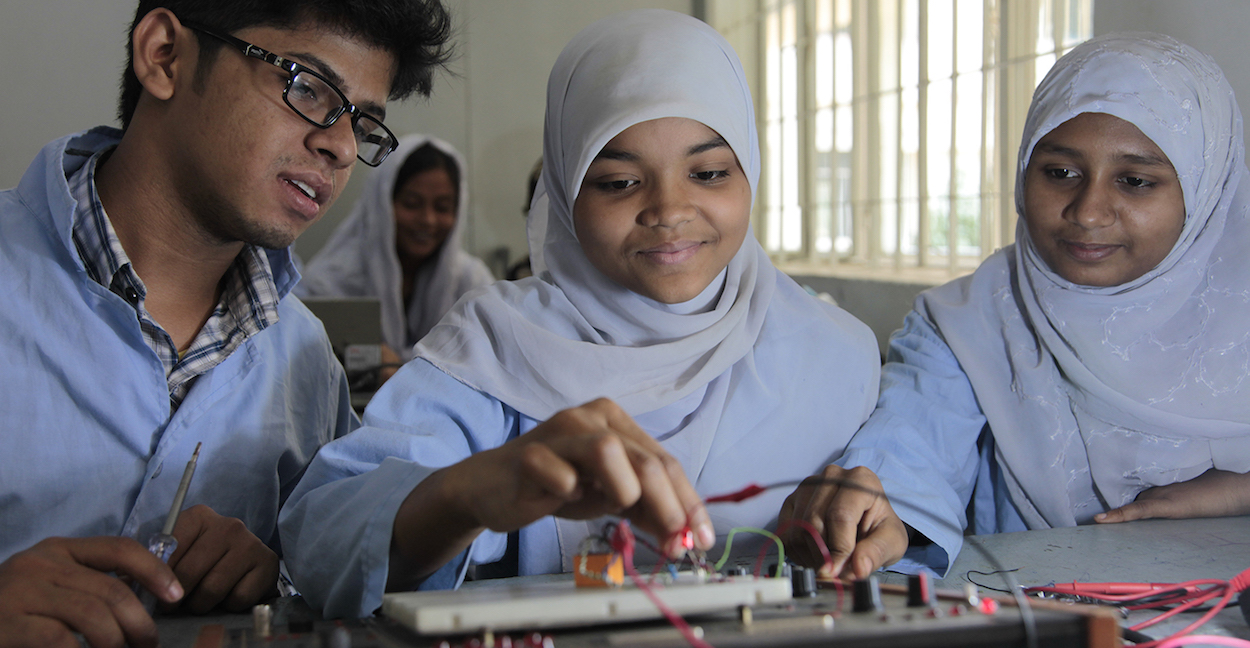 Research projects in the global South should brace for funding restrictions as the UK government announced it would slash overseas assistance to £10 billion next year, say academics.

The UK’s finance minister Rishi Sunak announced on Wednesday 25 November that UK foreign aid spending would be cut from 0.7 per cent of its annual output to 0.5 per cent.

It means the UK is rowing back on legally binding commitments to foreign aid spending at a time when it is most needed, charities say, citing a 2015 law.

One of the world’s biggest aid donors

The UK is one of the world’s biggest aid donors and funds global research via a range of bodies, including UK Research and Innovation, and the Newton Fund.

Development institutes told SciDev.Net that while the policy change would likely have implications for research and innovation, it was not yet clear where the cuts would hit hardest.

However, institutions and development specialist Subir Sinha, a lecturer at the London-based School of Oriental and African Studies (SOAS), says long-term science research faces disruption, while social science studies of corruption, violence and conflict that have relied on funding from the UK’s now defunct Department for International Development (DFID) are also in a precarious position.

Sinha says it would be “quite disastrous” if critical projects that focus on capacity-building for researchers in the global South were to have their funding removed.

With global economies struggling under COVID-19 pressures, development advocates fear further cuts may be on the horizon. Over the past decade, aid offices have been gutted and few developed countries have met the 0.7 target that was agreed to at the United Nations in 1970. Thirteen governments last year reduced their humanitarian assistance.

Sunak argued the UK’s aid commitment remained “considerably more than [average of] the 29 countries on the OECD’s development assistance committee”, which was 0.3 per cent of combined gross national income in 2019.

But, while the UK threatens to reset its funding baseline — the government says it “intends to return to the 0.7 per cent target when the fiscal situation allows” — a silver lining on the clouds hanging over foreign aid may come from the United States and China.

George Ingram, a global economy and development senior fellow at the Brookings Institute, a US-based public policy non-profit, says in an online briefing published 9 November the world can “be fairly certain” that President-Elect Joe Biden will commit to working as a collaborative partner and supporter of international organisations.

This would include re-joining the World Health Organization, from which the outgoing President Donald Trump withdrew the US in July, and the Paris climate change agreement.

Sinha agrees there is political commitment to multilateralism in the US and says the country’s economy is returning to pre-pandemic levels.

A time of global emergency

“The big player is now China as well,” says Sinha. Students from the global South now looked to China and Japan for training as traditional education hubs, such as Australia, had recently tightened their visa rules, he says.

About 200 UK-based humanitarian and development organisations said in an open letter the cuts were coming at a time of global emergency, with the pandemic showing that “no one is safe from this virus until we are all safe”.

The need for science from the Global South

“The UK has been at the cutting edge of development knowledge and collaborative research that is vital as we look to build back better, but also to building forward differently from COVID-19,” says Institute of Development Studies director Melissa Leach.

“We need the FCDO [Foreign, Commonwealth & Development Office] to sustain investment both in urgent aid relief and the cutting-edge development research that will generate evidence for more effective decision-making, informed by real-world experiences, contexts and complexities.”