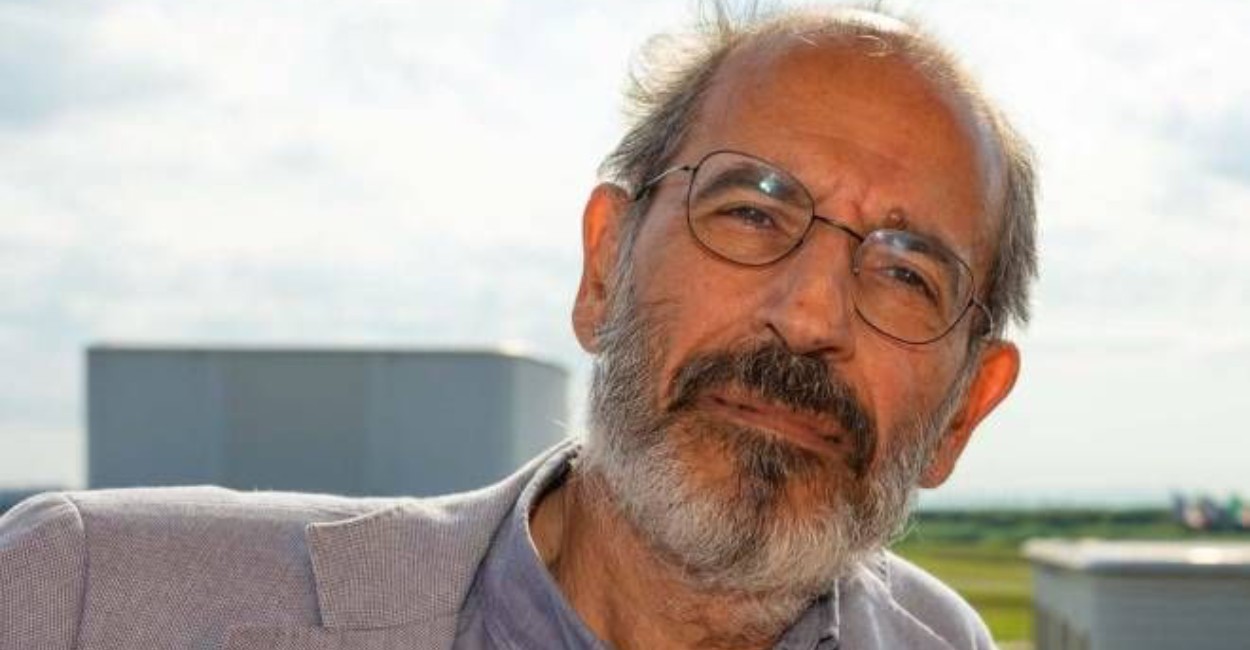 A world-class physicist and multifaceted intellectual figure, Stavros Katsanevas, who led the European Gravitational Observatory, EGO, from 2018 till this moment, is dead.

EGO Director, Stavros Katsanevas, is dead. He passed away on November 27, 2022. Our thoughts are with his wife and family, to whom we express our deepest condolences.

A world-class physicist and multifaceted intellectual figure, Stavros Katsanevas led the European Gravitational Observatory, EGO from 2018 to the present, making a fundamental contribution to these years of extraordinary scientific developments in Gravitational and Multimessenger Astronomy.

Born and raised in Greece, he conducted his university studies and then his entire academic career in France, where he has been a professor at the Université Paris Denis Diderot (merged in 2019 into the Université Paris Cité) since 2004. He has carried out research in the field of particle physics, working at Fermilab in Chicago, CERN in Geneva and INFN’s Gran Sasso National Laboratories.

By holding these positions, Professor Katsanevas gave a decisive impetus to the development in Europe of a new field of research on the frontier between Particle Physics, Astrophysics and Astronomy, called Astroparticle Physics.  He played a crucial role in supporting the adhesion to the Virgo project, proposed in the early 1990s by Alain Brillet and Adalberto Giazotto, by the French Centre National de la Recherche Scientifique – CNRS.

In 2000, together with the Italian Istituto Nazionale di Fisica Nucleare (INFN), CNRS founded the European Gravitational Observatory (EGO) in Cascina, which is today the institutional home of Virgo. Always interested in the exploration of frontier territories between disciplines, Professor Katsanevas had also dedicated himself to the synergies between physics, astrophysics and geology and recently to the project proposal for the construction of a gravitational wave detector on the Moon.

A scientist of extraordinary culture, in recent years he has developed extremely acute reflections on the relationship between Art and Science and important collaborations with internationally prominent contemporary artists such as Liliane Lijn, Tomas Saraceno and many others. An interest that has found significant expression in the curatorship of the exhibition ‘The Rhythm of Space’ hosted in 2019 at the Museo della Grafica, Palazzo Lanfranchi in Pisa (Italy).

His commitment and wide-ranging reflections in the cultural sphere and his interest in the dissemination of critical thinking and citizen involvement in scientific research have made him a reference figure in the European landscape on these issues. He was awarded the Chevalier de l’Ordre National du Mérite and the Physics Prize of the Academy of Athens.

“Despite his difficult health conditions in the past few months, he continued to work and make his outstanding contribution of ideas and vision until the very last moment. Our thoughts are with his wife and family, to whom we express our deepest condolences. We will do our best to honour his efforts and memory and continue to work for the mission of Virgo and EGO, to which Stavros dedicated such strenuous efforts.”

“Stavros was an example of dedication and vision throughout his tenure,” recalls Marco Pallavicini, chairman of the EGO Council and vice-president of INFN.

“I had the pleasure of meeting and talking to him on many occasions, appreciating his volcanic vitality. Only two days ago, when I called him to hear how he was, he answered me talking about physics and the future of EGO. His untimely death is a great sorrow and a great loss for our community, we will miss him very much.”