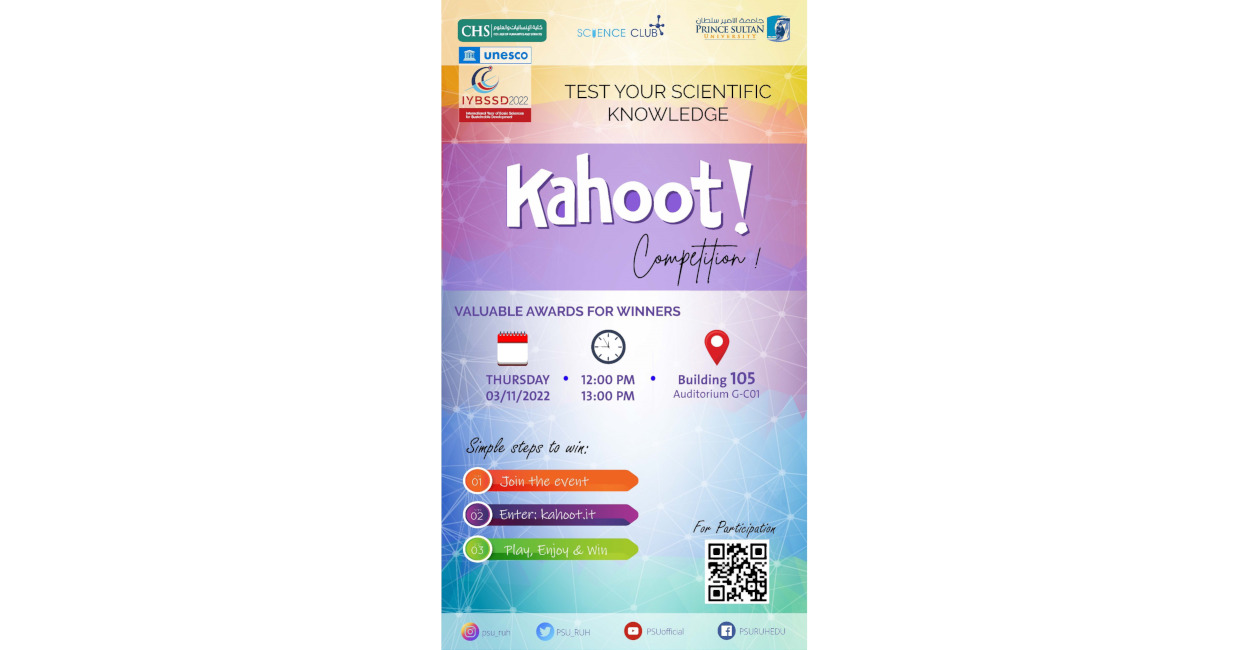 At the Prince Sultan University in Saudi Arabia, the “Science Kahoot” is one competition recently organized to raise awareness on the role of basic sciences in sustainable development.

The Science Club in the Department of Mathematics and Science organized, under the umbrella of the College of Humanities and Sciences, and the International Year of Basic Sciences for Sustainable Development, and with the support of the Deanship of Student Affairs, a competition in Science Kahoot for university students on both campuses.

The competition witnessed the attendance of a large group of male and female students under the auspices of His Excellency Prof. Mahmoud Al-Mahmoud, Dean of the Faculty of Humanities and Sciences, in the presence of the heads of the Department of Mathematics and Sciences, in addition to a large gathering of faculty members. The event reflects PSU’s continuous endeavor to highlight the importance of student activities and their active role.

In the end, prizes were awarded to the winners of the first five places, while consolation prizes were distributed to the winners of the sixth through tenth places in both sessions. This event left a positive impression on the attendees, which was reflected in their enthusiastic interaction during the competition, and reinforced the goals for which such events are held.

The main outcome of the event was to present scientific information in an interesting and fun way away from the routine of the lecture halls, in addition to instilling the values of honorable competition and developing communication skills among students.