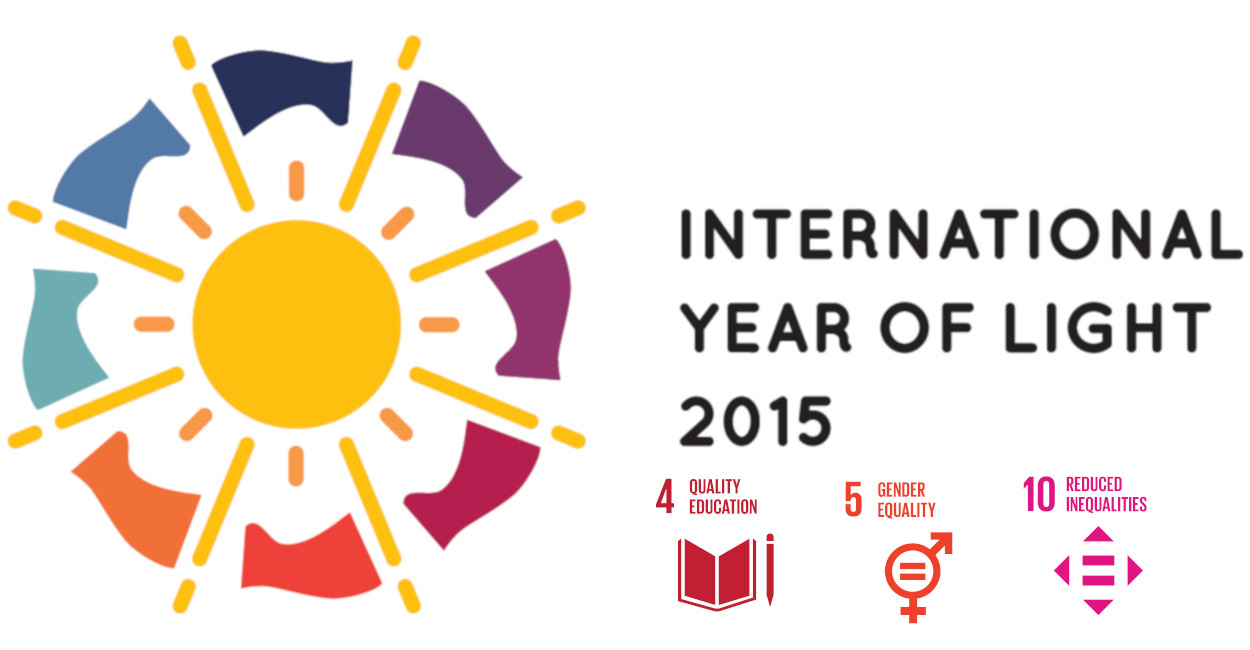 Light sciences can help to achieve the SDGs, found the International Year of Light some years ago. Let’s have a look at SDG4, SDG5 and SDG10.

In addition to the use of light-based technologies to improve educational infrastructure, light science is an ideal subject to stimulate interest in STEM (science, technology, engineering, mathematics) subjects in a classroom context. Teaching material based on light and optics is widely available and can be inexpensive, and is perfectly suited to inquiry-based, or active learning strategies which encourage students to construct the knowledge from their own observations. This is in contrast to the normal classroom scenario in which the teacher lectures and the students passively absorb as much information as they can, which, by itself, is known to be inadequate in developing correct conceptual understanding of the underlying physics.

One of the major issues of our society is to achieve gender equality. In particular, there is a major concern in the scientific community – regardless of geographical location – to improve the gender-balanced representation of scientists at all levels and promote greater involvement of underrepresented minorities in scientific and engineering careers.

According to the UNESCO Science Report: Towards 2030, which presents a picture of the trends in global research and development, based on a wealth of qualitative and quantitative data for the past five years, women constitute a minority in the research world. Globally, while women achieve parity at early stages of scientific careers, their participation diminishes with career progression such that women represent only 28.4% of the world’s active researchers! And there are also very significant national and regional differences, with women playing nearly no role at all in science in some countries.

The photonics community have tried to raise awareness of this issue on different levels, comprising initiatives trying to attract more female students to STEM careers, exhibitions to highlight the important role that female scientists have on the development of photonics technologies, and awards for early career scientists on the field of photonics to give visibility to their achievements.

The importance of communications for development is stressed by the UN Broadband Commission for Digital Development, who have stated how access to mobile devices (phones, tablets, and e-readers) with broadband internet connectivity can bring quality education to people everywhere, especially in the world’s poorest or most isolated communities. Although it is technology such as fibre to the home (FTTH) that is being emphasized in many developed countries, it is mobile broadband that is perceived as the most practical solution for many developing countries.

Mobile broadband as a key to development

The International Telecommunications Union (ITU) reports that mobile broadband is the fastest growing technology in history – mobile phone subscriptions now exceed the world’s total population, and active mobile broadband subscriptions exceed 2.1 billion! Significantly, most of this progress has taken place in developing countries, which account for 82% of net additions of new internet users globally in the last five years. The UN Broadband Commission and the ITU are pushing hard to ensure that mobile broadband can fulfil its potential to improve education and development.