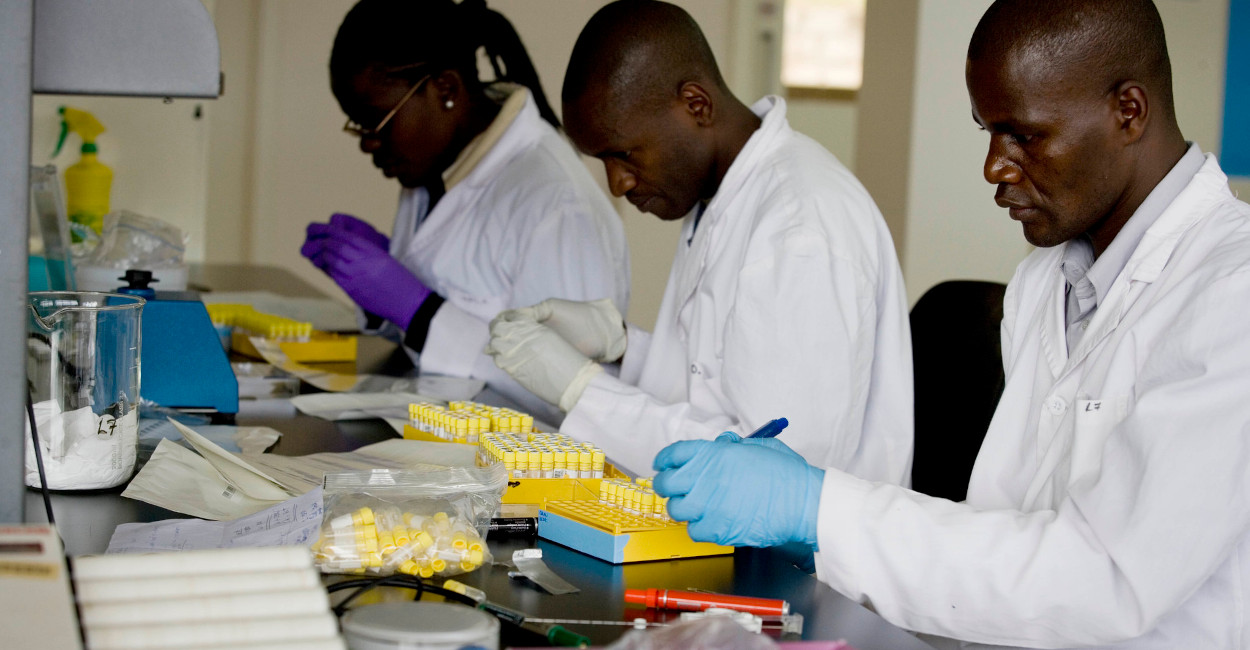 A sustainable future for agriculture requires to improve crops yields, with the help of all sciences.

What will it take to build sustainable, resilient food systems in African countries? This was among the questions considered at the 2021 United Nations Food Systems Pre-Summit in late July.

The summit, the first of its kind in this century, aims to identify bold, innovative actions, with measurable outcomes. These actions are needed to achieve many of the Sustainable Development Goals in what the UN has dubbed the “Decade of Action”.

The importance of agricultural research and development

African ministers of agriculture met before the summit to discuss the continent’s common position. Among the issues they tabled was using agriculture to reduce poverty, particularly for women and youth. We want to contribute to the African common position by flagging the importance of technical innovation and the role of agricultural research and development (R&D) in building the food systems the continent needs.

When agriculture grows, there are benefits across the board. Its extensive linkages with the off-farm stages of the agrifood system and non-farm sectors expand employment and livelihoods in the rest of the economy. High farm production growth in sub-Saharan Africa since 2000 has contributed to high overall economic growth and improvements in the welfare of most people in the region.

But approximately 75% of Africa’s agricultural production growth resulted from area expansion and only 25% from yield improvements. This is not sustainable in the long run: 90% of Africa’s available arable land is located in eight countries. Many of these countries are fragile states.

The future livelihoods of millions of land-constrained African farmers will depend on raising the productivity of existing farmland. Technical innovation is key to raising yields and productivity. 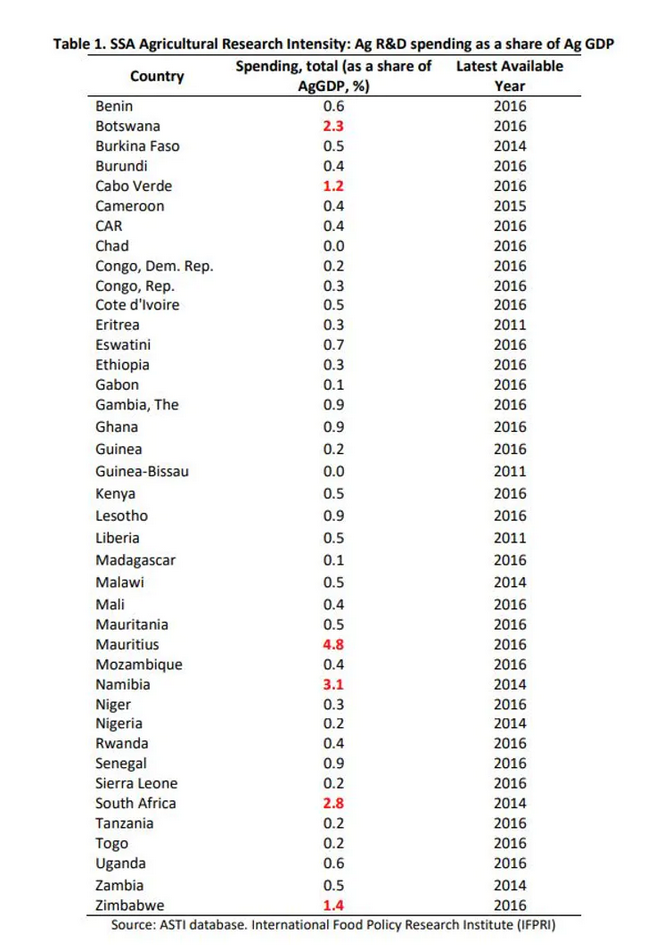 As a continent, Africa has set a target and made a political commitment. It needs to get serious about achieving this target. Governments must identify and address the factors constraining their ability to achieve the 1% target.

The consequence of not achieving it includes constrained productivity and limited transformation of Africa’s agricultural sector. Ultimately, it also means slower progress in reducing poverty and food insecurity.

Innovation at all stages

While it’s a necessary condition, increased R&D spending alone is certainly not sufficient. It’s also important for African countries to produce agricultural innovations and technologies at all levels of the food system.

An interesting pattern emerges when looking at the number of published patents by Africans in Africa across two decades: 2000-2009 and 2010-2019. In fields of technologies with greater on-farm application, the number of patents published increased between the two decades.

For example, in biotechnology and environmental technology, the number of patents published increased from 133 to 200 and from 197 to 212, respectively.

However, in fields with greater technology application in downstream levels of the food system, the number of patents published tended to decline between the two decades. In food chemistry this number fell from 216 to 190. Handling technologies saw a significant decline in the number of patents published, from 650 in 2000-2009 to 264 in 2010-2020.

Ultimately, Africa’s food system needs to produce healthy and nutritious food that meets the standards of the global end consumer. Innovation at every level of the food system is crucial to achieving this objective.

In addition, beyond the hard sciences, we need to think differently about which disciplines contribute to the adoption of agricultural innovations at scale. People don’t typically think of the social sciences and humanities when discussing agricultural R&D. In general, investments in these disciplines tend to be a small share of gross domestic expenditure on R&D. This trend needs to be reversed.

Social scientists can achieve two important goals in the food system. First, they can provide relevant evidence to support decision-making. After all, these disciplines are centred on the study of what motivates decision makers.

Second, social scientists can provide concrete evidence to policymakers on how alternative national agricultural investments will affect welfare. They are able to facilitate dialogue between stakeholders to set priorities, shape research agendas, and build coalitions of support on the way forward.

For example, they can help to create platforms or dialogue spaces that ensure global research institutions do not crowd out local institutions and instead work collaboratively with them to share knowledge.

Agricultural R&D focused on farm productivity is critical. However, resilience and sustainability of the entire food system will be enhanced by public investments that include technologies relevant to the downstream stages of the food system, too.

And in the conversation on R&D, let’s not forget the role social scientists can play in helping policymakers appreciate the actions needed to achieve their national objectives. The combination of strengthened R&D for the food system and stronger local policy analysis will certainly help Africa realise its “Decade of Action”.

This article has first been published by The Conversation Africa.

Opportunities for mathematicians from developing countries
29/06/2021