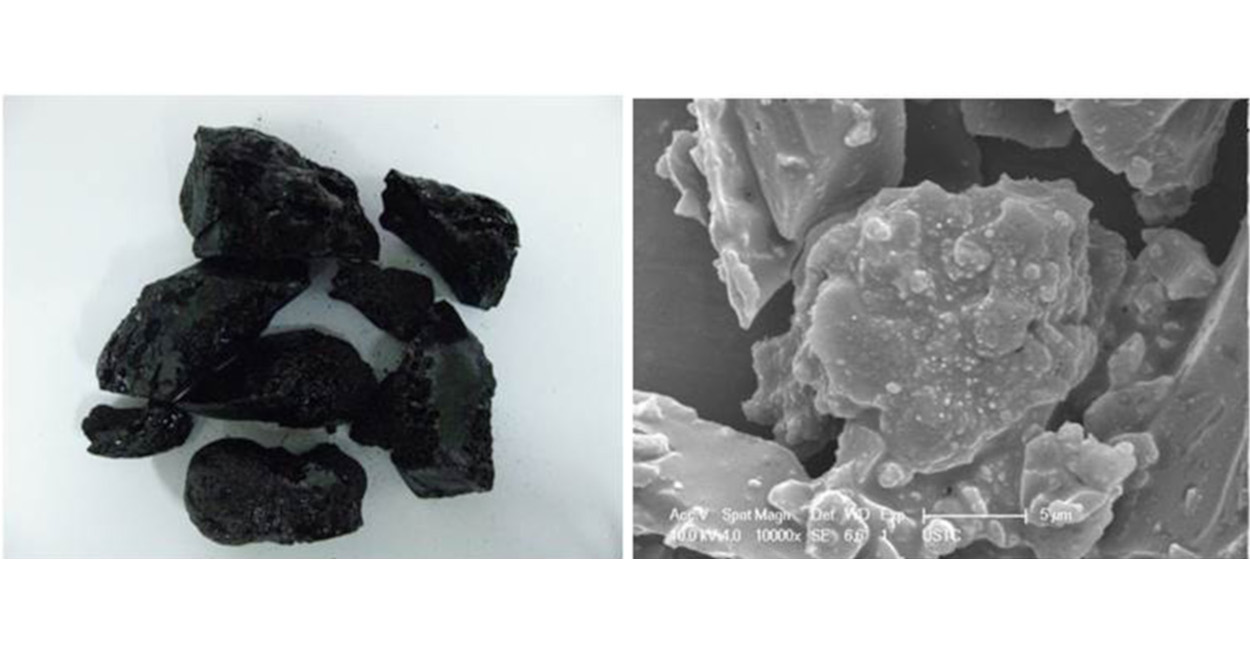 Waste biomass is both an environmental pollutant and a renewable raw material, and pyrolysis is the most important technologies for waste biomass utilization. Over decades, there are two key issues seriously hindering the commercial application of pyrolysis technology. One is that pyrolysis bio-oil is unstable and prone to aging and deterioration, and its composition is difficult to separate and upgrade. The other is that its product is less valuable and thus lacks market competitiveness.

In response to these problems, Prof. Jiang Hong’s group and Prof. Yu Hanqing’s group from the University of Science and Technology of China (USTC) of the Chinese Academy of Sciences (CAS) prepared high-calorific value and stable solid-phase bio-coal and high-performance carbon nanomaterials (less layers of graphene and carbon nanotubes) by coupling fast pyrolysis, atmospheric distillation and chemical vapor deposition technology. Their studies were published in Nature Sustainability and Science Advances.

Solid instead of oil

Nowadays, the composition of bio-oil is complex and unstable, and usually contains hundreds of organic compounds. In the catalysis process, those organic substances undergo condensation, dehydration, coking, etc., which might lead to the failure of the catalyst and makes the catalytic upgrading process difficult to continue. Besides, common separation methods, such as atmospheric distillation or molecular distillation, cause the bio-oil to coke quickly, which hinders the distillation process.

In the study published in Science Advances, Prof. Jiang and Yu’s groups found that a new solid fuel (named bio-coal) could be obtained by controlling the parameters of atmospheric distillation process to achieve rapid coking of bio-oil.

Their analysis showed that the calorific value of bio-coal obtained from variable biomass raw materials (rice husk, sawdust, wheat straw, bagasse, soybean straw, etc.) was 25-28 MJ/kg, which was comparable to the calorific value of commercial coal. In addition, bio-coal is environmentally friendly with stable performance, low sulfur content, and no heavy metals. The research model also demonstrated that the domestic bio-coal production was able to reach 402 million tons of standard coal.

Use of the pyrolysis gas

To solve the problem that the high-temperature gas generated during the pyrolysis process has not been fully utilized, the two groups went further in the research. In the study published in Nature Sustainability, the researchers found that pyrolysis gas contained small molecules of carbon organic matter and the temperature of pyrolysis gas was high, which was a potential precursor for preparing carbon nanomaterials. By optimizing pyrolysis conditions, they wouldn’t need to cool down and purify pyrolysis gas.

According to this novel technique, they could not only use model biomass raw materials (lignin and cellulose) for the pyrolysis of gas, but also use waste biomass (sawdust and wheat straw) pyrolysis gas to prepare 3D graphene (3DGF) by chemical vapor deposition method. By changing the pyrolysis deposition conditions, carbon nanowires would be obtained. These high value-added carbon materials have demonstrated good performance in pollutant removal and energy storage.

The two studies are of great significance to increase the value of waste biomass pyrolysis products and thus further promote the commercialization of the pyrolysis techniques.