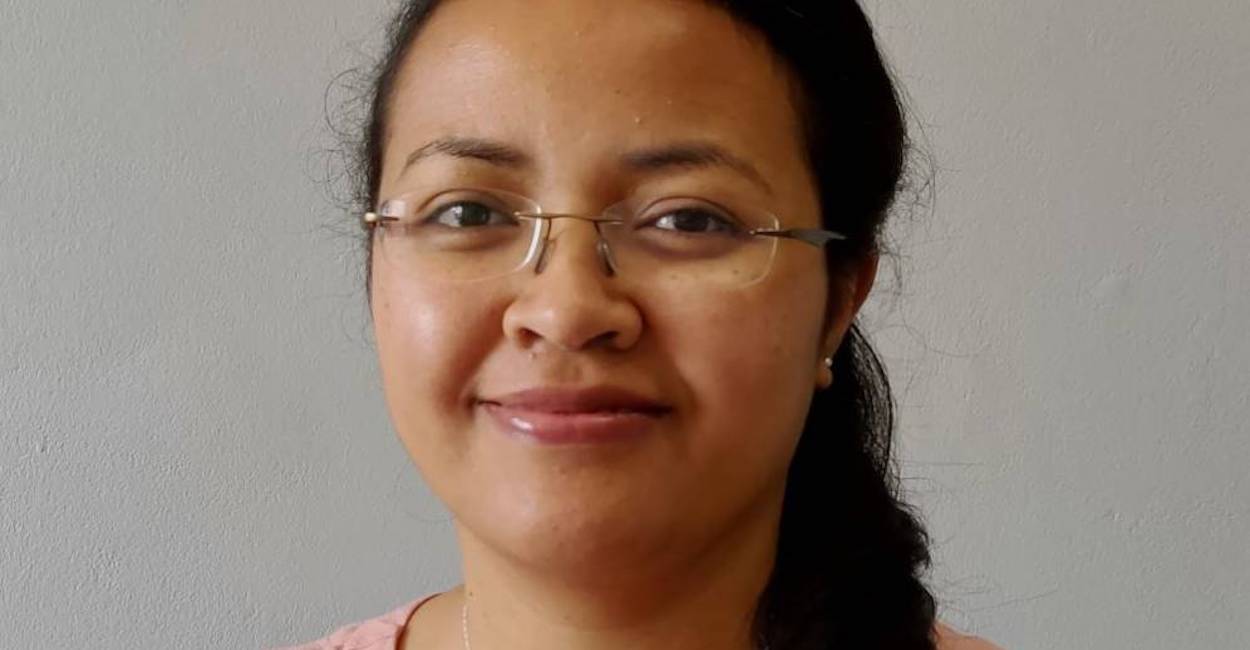 The importance of oceanography is massively underestimated in Africa, according to Rondrotiana Barimalala, the only woman from francophone Africa to be named a 2020 fellow of the Future Leaders-African Independent Research (FLAIR) programme.

FLAIR is an independent grant programme, supported by the African Academy of Sciences (AAS), the Royal Society and the UK’s Global Challenges Research Fund, means that each fellow will receive up to £300,000 (about US$370,000) for two years.

Barimalala, who is of Malagasy origin, has been based at the University of Cape Town in South Africa since March 2017, and will be a lead author of the upcoming report by the UN’s Intergovernmental Panel on Climate Change.

In an interview with SciDev.Net, Barimalala explains that temperature anomalies in the oceans can provoke flooding and drought in East Africa and the monsoon in West Africa.

How did you succeed as a young African woman to overcome stereotypes in order to make your mark in research?

I grew up understanding that a woman could become a scientist without any problem. My mother was a teacher of physics and chemistry. We often discussed fundamental physics at home, and we still talk about it from time to time. I never thought I couldn’t be a scientist because I was a woman.

These days, there are many groups and organisations of scientific women, for example Ikala STEM in Madagascar, which I belong to.

You are among the 2020 winners of the FLAIR grant. What do you want to achieve with this grant and what impact do you hope it will have on the continent?

My FLAIR project is to analyse the role of ocean processes in the formation and intensity of tropical cyclones in the Mozambique Channel. As we all know, tropical cyclones are one of the most destructive forces of nature, costing human lives and devastating costal zones. They are the most costly of all weather hazards, causing $72 billion in economic losses in 2018 and an average of $66 billion between 2000 and 217, according to Weather, Climate & Catastrophe Insight, 2019.

The countries which are most vulnerable to cyclones around the Mozambique Channel – Madagascar, Malawi and Mozambique – are among the most impoverished in the world, and the damage caused by tropical cyclones leaves marks that take an extremely long time to heal. The results of this study will be used to improve the preparations against tropical cyclones and to improve the strategies to reduce their impact on these countries.

You focus your work on the influence of climate on the oceans. To what extent can this topic be considered as central for Africa, where there are so many fundamental problems?

Saying that oceanography isn’t a fundamental issue reveals a lack of understanding about the whole system, knowing that climate is one of the biggest challenges that our continent is facing. For example, temperature anomalies in the Indian Ocean can provoke flooding or drought in East Africa and we know this happens very often and threatens the socioeconomic development of the whole region. The same for the impact of temperature anomalies in the Atlantic Ocean on the monsoon in West Africa.

All of this leads to a very large range of problems, from food security to urban exodus, to electricity supply – which depends on hydroelectric dams, among others. I conclude therefore that this is a fundamental issue and its importance is massively underestimated in Africa.

And I am convinced that if you discuss this with marine biologists or people in connected disciplines, you would have even more reasons for which oceanography should be considered as a fundamental issue. In addition, the United Nations promotes the blue economy a lot. This is something which Africa should consider.

What are the challenges for the continent in relation to oceanographic research?

I think Africa needs first of all to understand the importance of oceanography. This is the main challenge, in my opinion. It isn’t too late to learn the fundamentals and to begin to implement them. This needs to include policymakers as well as citizens.

What do you plan to do to contribute to raising awareness about this?

I hope to work with the national meteorological service and the universities of Madagascar so that we can form a solid climate research group. I think it is a priority for the development of the country.

Why then have you preferred to do your studies and conduct your research abroad rather than in your country?

In relation to higher education for students from developing countries, studying abroad is an opportunity rather than a preference. Looking back, I would encourage any student to take the opportunity if it ever presents itself. An opportunity such as this gives us a different way of looking at things and allows us to learn from well-known experts. We need this.

In relation to the work, I think there is time for everything. Even though I am not based in Madagascar, my work relates primarily to the island and it will be my contribution to the development of the country, if it is taken into account of course.

I was obliged to learn English. Once I left Madagascar, everyone I communicated with only used English, including my flatmates. All the manuals and the courses were also in English. I had no other choice but to learn, and I am still learning. Although I also saw it as an opportunity to learn a language that I could use almost anywhere I go in the whole world.

Have you encountered any specific problems in your studies and research?

When I was still a student in Madagascar, one of the main problems was a lack of access to up-to-date resources such as books and journals. I hope it is different now. Using old books and information still taught me a lot about the basis and origins of different theories. That was great and I am really happy that I went through it. However, knowledge progresses and it is important to go beyond the basics [of theories], which I realised later.

A challenge which I am still facing with work is to know how to effectively communicate the results of my work so that they have an impact on the development of a country. Globally, there is this gap between researchers and policymakers, and this is even worse in Africa. The more we close this gap, the more we see the impact of research on the development of a country.

What would you advise young Africans who want to succeed in science and in research?

I would say to them that there are challenges everywhere. It is a state of mind. I would also say to them you can do it if you want. Dream big!