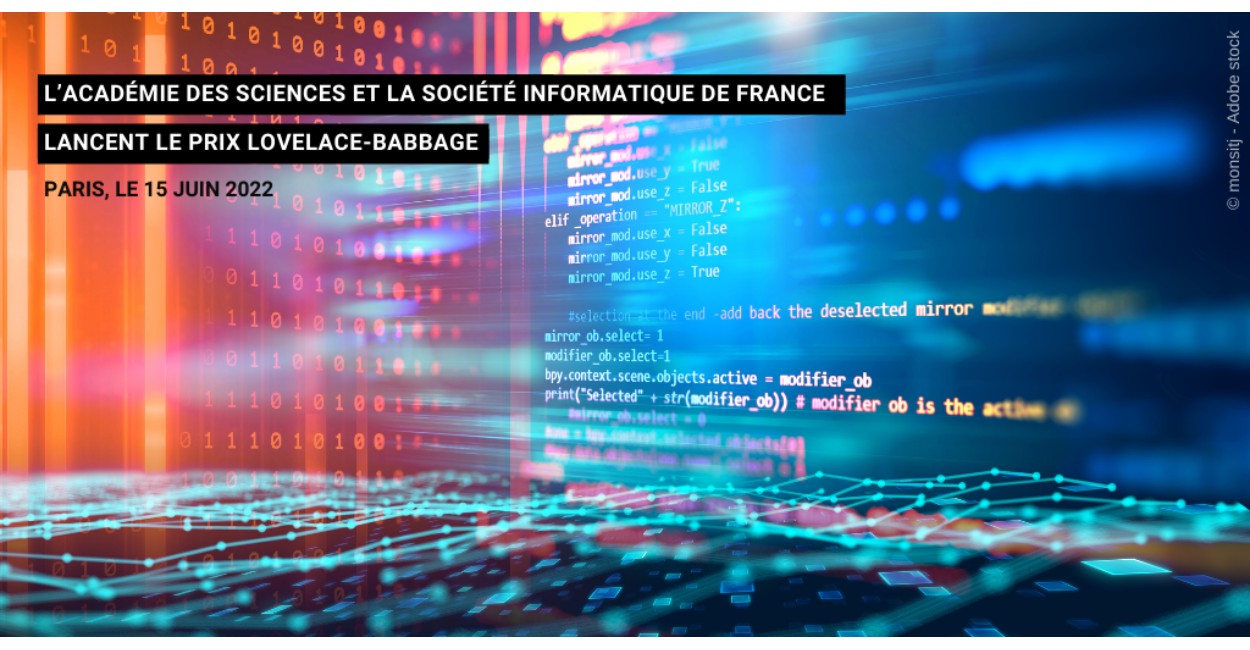 The French Academy of Sciences has announced the creation of a new ‘Prize in Computer Science,’ in partnership with the Société Informatique de France. The award will be known as ‘Lovelace-Babbage Prize’.

The signature of the agreement for this partnership took place on June 15, 2022, during of the 10th anniversary congress of the Société Informatique de France.

Computer science is a science whose development has been particularly impressive since its birth in the middle of the 20th century . Its discoveries and achievements are at the heart of the digital revolution which has spread to all sectors of the economy, from industry to culture.

Prize as rewards for scientists

This prize rewards scientists, women and men, whose work, from the most theoretical to the most applied, contributes to the creation of these new technologies. It concerns the field of computing, understood here in the broad sense of science and technology at the heart of digital; it will be awarded jointly by the Academy of Sciences and the Société Informatique de France.

The Lovelace-Babbage Prize was named in memory of the creator of the very first computer program, Ada Lovelace, and the designer of the ancestor of the computer for which this program was intended, Charles Babbage.

• aged under 40 or having obtained their thesis less than 12 years ago, the duration of sick or parental leave being added to these limits,

No constraint is imposed on the sub-fields and the nature of the work of the laureates: they may or may not have worked together, in the same sub-field of computer science or in different branches.

This post was first shared by the French Academy of Sciences.