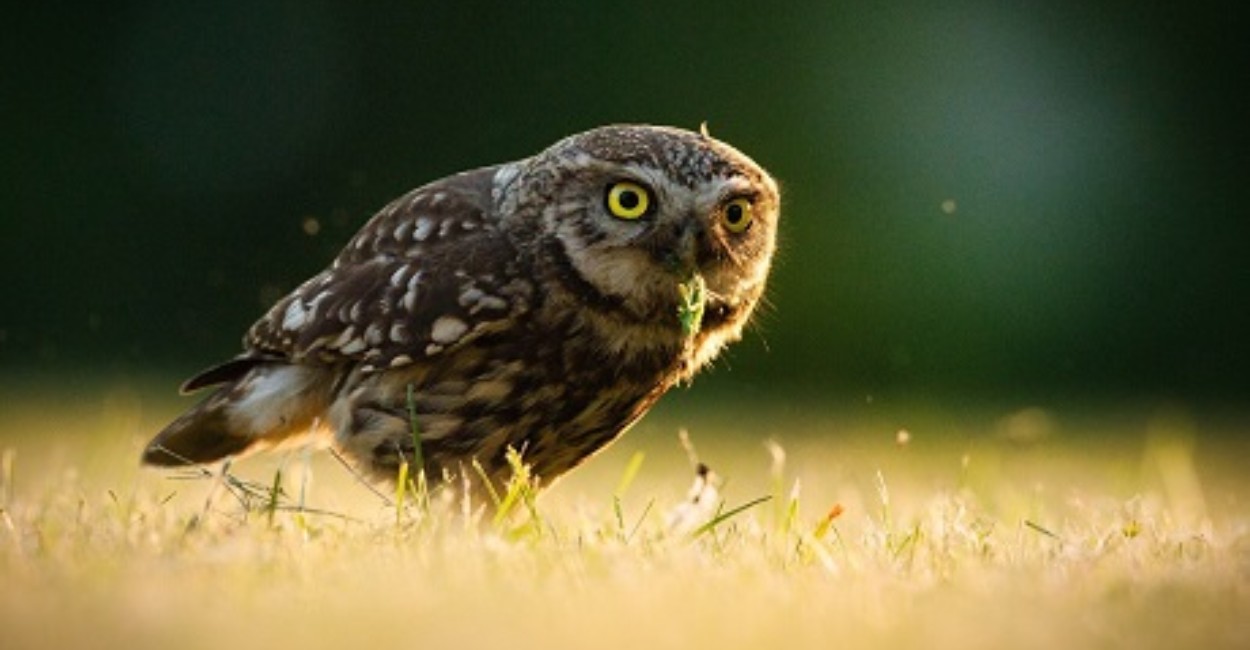 This year, ornithologists have counted only 62 chicks in the nests of 26 pairs of the little owl. Again, boosting the population of the endangered owl in the Czech Republic has been unsuccessful, and the little owl now faces extinction.

A hundred years ago, Athene noctua was a common, abundant species numbering tens of thousands of pairs, but today, only dozens are left.

This year, researchers were alarmed to find that almost half of the nests of the little owl (Athene noctua) they checked contained unfertilised or stunted eggs (meaning the parents had not brooded them).

“A total of five clutches were completely unfertilised or stunted. Two probable causes or a combination of them may be at play here – cold weather at some stage of incubation and the influence of inbreeding, which can result in reduced reproductive capacity,” explains Martin Šálek, coordinator of little owl conservation at the Institute of Vertebrate Biology of the CAS and the Czech Society for Ornithology.

Sadly, this is the second bad nesting season in a row. The last successful season was in 2020, when the owls raised a total of 95 chicks, which was likely related to the abundance of food available to them at the time (an overpopulation of voles). This year, ornithologists have counted 62 chicks compared to last year’s 56.

“Because of the poor season last year, there are now few new males, who are nesting for the first time, looking for territories and females to claim. We’ve recorded almost 60 calling males, compared to 68 last year. The smaller number of males has also been reflected in the breeding record. This year we counted only 26 little owl clutches – six less than last year,” Martin Šálek adds.

Ornithologists found eleven nests containing unfertilised or stunted eggs, with some clutches having been abandoned by adult little owls.

Nesting boxes for the little owl

Most of the detected nesting in Northwest Bohemia occurred in special boxes for the owls. “Twenty-three of the twenty-six nestings took place in the boxes, one pair nested in a nest tower for synanthropic owls, and two pairs nested in the hollows of buildings. It is apparent the little owl likes to make use of the boxes that we put up in their territories and which we specially secure to prevent predators such as martens, cats, and others from getting into them,” Martin Šálek explains.

The little owl seeks out agricultural areas, and in the past, it used to be a frequent inhabitant of barns and various rural buildings. The transformation of the landscape is the reason why the numbers of not only the little owl, but also the northern lapwing and the crested lark have declined radically over the past few decades.

The main reason for the decline in biodiversity of the land is large-scale intensive agriculture. Experts have drawn attention to the problem and are trying to reverse the situation. In 2020, a little owl conservation programme was announced under the auspices of the Ministry of the Environment of the Czech Republic with the aim of stabilising the population to at least 1,000 pairs of the Athene noctua, ensuring its ability to live, thrive, and spread widely across its habitats.

Save the little owl

“In order to stabilise and strengthen the population of the little owl, we need to work closely with farmers, who are our main allies in our conservation efforts and whose cooperation we value. We arrange with them the placement of nesting boxes, artificial perches in meadows, and more environment-friendly farming. At the same time, we also prevent little owls from getting caught in dangerous traps, such as watering troughs for cattle or water barrels, which we secure against potential drowning,” Martin Šálek says.

Empty barrels can also pose a dangerous trap. “During our monitoring efforts this year, we found a little owl chick at the bottom of an empty barrel that wasn’t yet able to fly. Without our help, it wouldn’t have been able to get out and would’ve died in that barrel. Securing the barrel to prevent such incidents isn’t difficult. If we’re not using the container, we should simply turn it upside down. When we are using it, we place a float in it, which can be made of wooden planks or foam, and attach a strip of wire mesh to the edge of the barrel to allow potential victims to climb out. Doing so, we can save the lives not only of the little owls, but also of any other animals that might fall into the barrel,” Martin Šálek explains.

Little owl conservationists regularly visit farmers and landowners where the owls live to discuss how to protect the owls. “We want to meet the farmers and understand their life circumstances related to the little owl, along with mapping the factors that prevent farmers from taking an active part in the protection of the little owl and looking for ways to support farmers in doing so,” Martin Šálek adds.

This year, ornithologists also worked with the road administration in the Central Bohemian and Ústí nad Labem regions to ensure that vegetation on the roadsides of busy highways in the vicinity of nesting areas of the little owl would not be mowed and cut. The aim is to reduce the risk of little owls being hit by cars during their nesting season from May to July. It is precisely the grassy ditches of motorways that belong to their favourite hunting grounds.

Conservationists also focus their efforts on ringing little owl chicks and adults. This can inform researchers about the birds’ longevity, survival, territoriality, and range of chicks once they are recaptured. It was previously assumed that juveniles most often fly within a range of ten kilometres of their birthplace and adult little owls have long-term stable territories. However, the ringing results challenge this conception.

“For instance, when checking a nesting female near the Nechranice dam, we found that it was actually a bird which was ringed as a chick in Hesse in Central Germany – more than 250 kilometres from its birthplace,” Martin Šálek says.