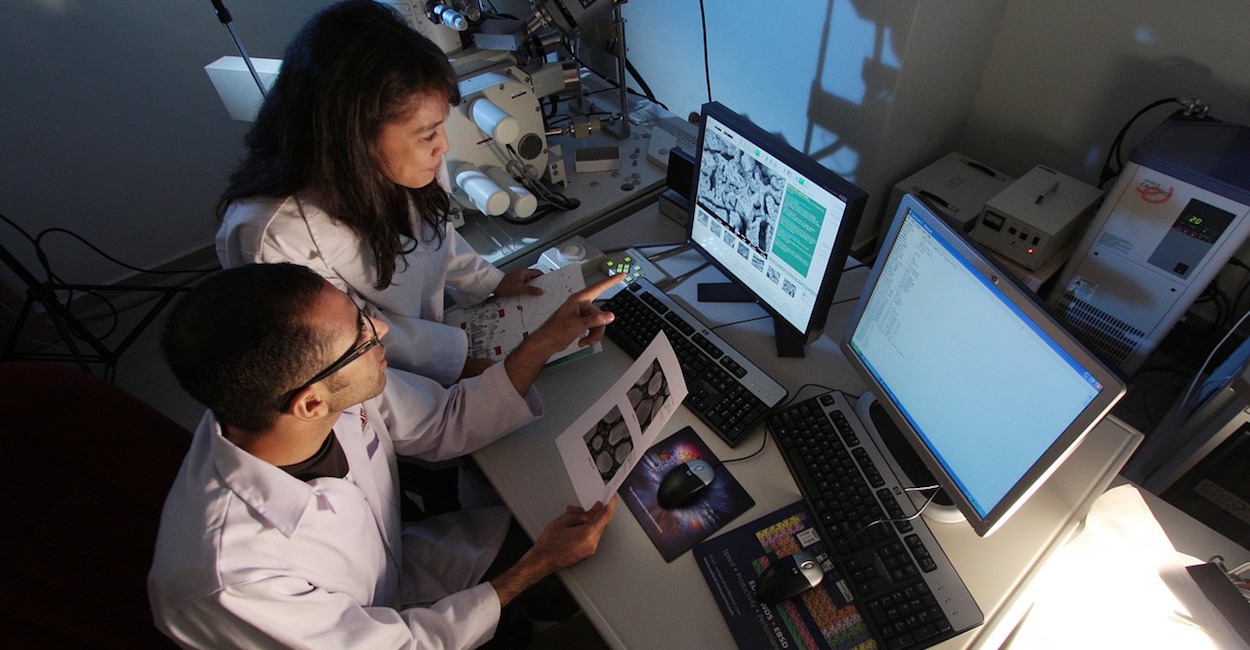 Growing trend towards science research from global South given boost by COVID-19 interruptions.

Global travel restrictions as a result of the COVID-19 outbreak are accelerating a trend towards research publications focussed on the global South, publishers say.

It means the days of fly-in-fly-out field work may be winding back for researchers from developed countries.

While the COVID-19 pandemic has interrupted some research programmes, the pause offers opportunities to develop greater, more equitable collaboration between researchers in the global North and South, an Oxford Forum on Research for Development (OX4RD) online seminar heard last month (30 June).

“Recognition of the expertise of researchers worldwide is important in tackling both global and local problems,” Siân Harris, communications specialist at INASP, a research-focussed international development organisation, tells SciDev.Net.

Learning from the Global South

Harris says the range of responses to the COVID-19 crisis has also highlighted the importance of learning from health workers and researchers in Africa and Asia.

The science news service AlphaGalileo says the contribution of research in the global South, but particularly Africa, must be recognised.

More engagement with the media

“Research by African institutions is conspicuous by its almost complete absence in Western media,” says managing director Peter Green. “Research about Africa is carried by AlphaGalileo, but it is always undertaken by organisations based outside Africa.”

Green says AlphaGalileo had already been working to encourage Africa’s research community to engage with the media, by reducing subscription rates for African academic institutions and taking news from African peer-reviewed journals at no cost.

The Lancet, one of the world’s leading medical journal groups, has announced The Lancet Regional Health, a suite of open access titles based on World Health Organization region designations, in planning since 2019.

The English-language Western Pacific title will launch this month with online articles, while the first issue is expected to be published in August, says editor Jie Cai. The remaining five titles will follow over the next two years.

Article authors whose primary funder is in a low- or middle-income country will be exempt from an article publishing charge, but those in wealthier countries will be charged a processing fee.

A spokesperson for The Lancet tells SciDev.Net the regional titles will “aim to stimulate conversations and facilitate information exchange within and between communities”.

The importance of local research

Local research is “immensely important and relevant to the health and wellbeing of underrepresented communities”, The Lancet spokesperson says. “[W]e see an opportunity to promote the best science from these regions to advance health and improve lives of local populations.”

Kamran Rafiq, co-founder and communications director at the International Society for Neglected Tropical Diseases, says the open access format is “something to applaud”.

Rafiq says the emerging regional focus of research publications “could … ultimately build up the evidence base that could change operating models and culture to facilitate [developing] country ownership [of research programmes]”.

INASP’s Harris says there is widespread support for open access to research in the South. Many journals are publishing articles under gold open access, which makes final versions of articles freely and permanently accessible while authors retain copyright.

But, Harris says these new models are also creating new barriers. “[T]here are well-documented challenges and concerns about replicating the costs and structural inequities of the subscription model, with a pay-to-read barrier being replaced by a pay-to-publish barrier,” she says.

Costs to publish are often high, says Harris, and waivers for researchers in the global South can be unclear. “[W]e have seen in our own research that many researchers pay these costs out of their own pockets,” she says.

Many Southern journals enable open access without passing on high charges to authors, through government or institution-based support, or by using volunteers. New models for journals and research publishing platforms that are emerging in the developing world have been neglected by Euro-American science policy, Harris argues.

Language is also important, as many journals publish in English. “We hear often of challenges faced by researchers whose papers are rejected because of imperfect English rather than problems with the science,” Harris says.

“It is also important to recognise the challenges that language can bring for readers. What impact can research have to a local problem if it is written in a language that the healthcare professional or farmer or policymaker cannot understand?”

Existing journals serving local communities play an important role in communicating research within their countries and beyond, Harris adds: “INASP believes it is vital that Southern research becomes more visible and trusted — and this requires Southern representation and accessibility to international journals.”

AlphaGalileo news manager Kosta Stefanov says much of the research now being published through his news service has a focus on topics that often have specific relevance in global South contexts, such as life sciences, biology, personal protective equipment and, of course, virology.

He predicts this trend will continue “for at least a year or two” — in which time the research landscape may have expanded to include a larger cohort from across the developing world.