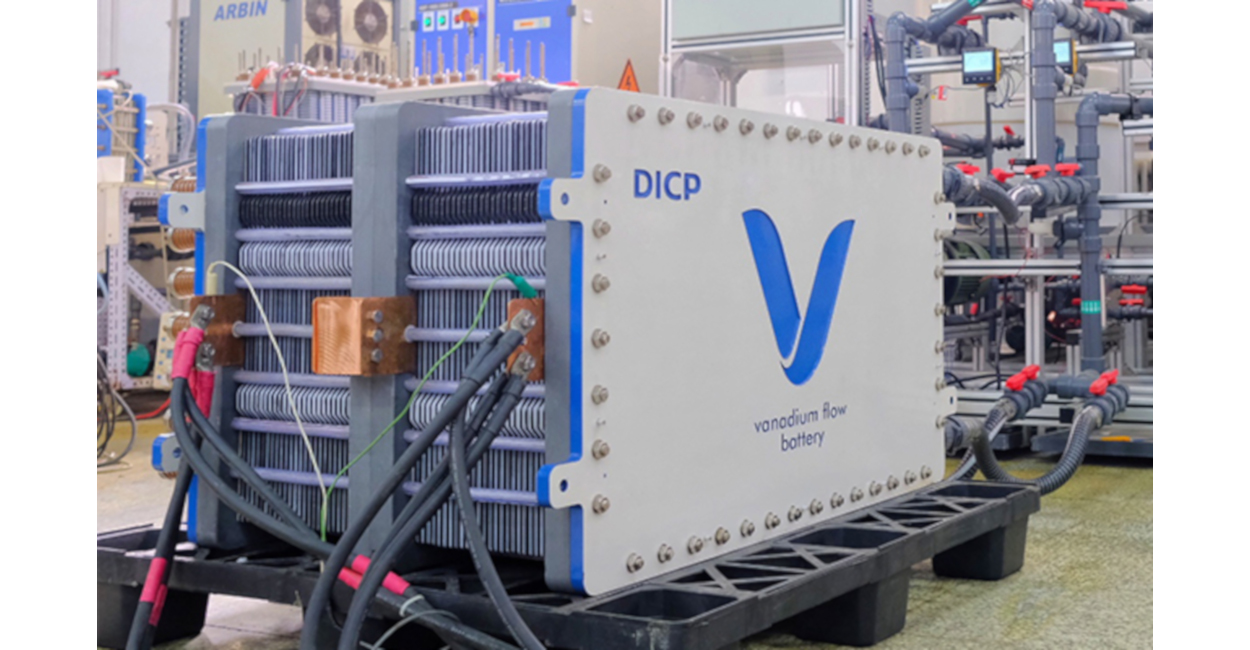 The development of renewable energies such as wind energy and solar energy is limited by their inherently random and intermittent nature.

However, the vanadium flow battery (VFB) offers a cost- and energy-efficient, long-life energy storage technology that can store and smoothly output power from renewable energies.

The VFB energy storage system mainly comprises the stack, the electrolyte, and systems for pipeline, battery management and energy conversion. Among these components, the stack plays a crucial role. Therefore, increasing the stack’s power density and reducing its cost will further accelerate the industrialization of VFB technology.

A research group led by Prof. Li Xianfeng from the Dalian Institute of Chemical Physics (DICP) of the Chinese Academy of Sciences has developed a new generation of VFB stack technology that offers low cost and high power density.

An energy efficiency over 81%

The group’s test results showed stack energy efficiency exceeding 81%. The stack ran at a constant power of 30 kW and showed no capacity decay after 100 cycles.

In contrast, the weldable, porous ionic conductive membranes adopted in this new generation of VFB stack technology can improve ionic selectivity and increase the capacity retention of the electrolyte. This type of membrane costs much less than perfluorosulfonic acid membranes.