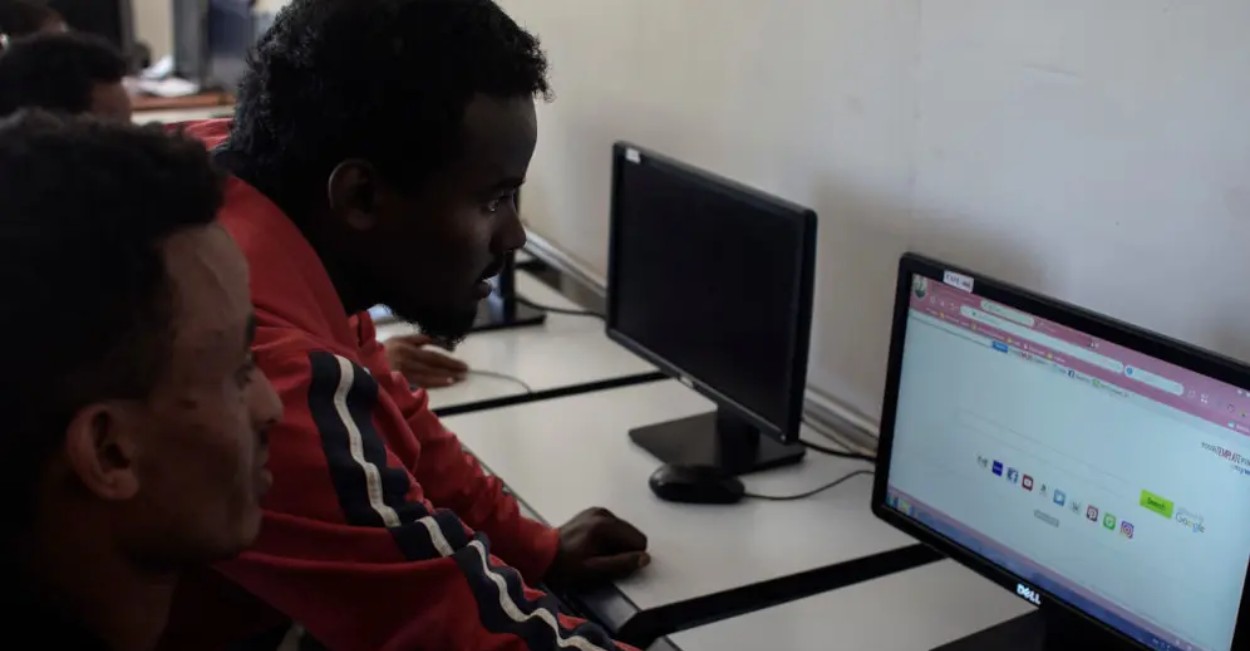 According to a report, decent internet connection is out of reach for 90 per cent of people in low- and middle-income countries, while women’s web exclusion cost poorest countries US$1 trillion in GDP.

A decent internet connection – essential for many basic tasks in the COVID-19 era – is out of reach for 90 per cent of people in low- and middle-income countries, a report has warned.

While just under half of people in low- and middle-income countries have access to basic internet connectivity, this isn’t adequate for them to access essential health, education and employment services, a report by the Alliance for Affordable Internet has warned.

The group, which aims to drive down the cost of internet usage in these countries through policy and regulatory reform, defines so-called ‘meaningful connectivity’ in terms of access to faster, 4G internet speeds, smartphone ownership, and daily, unlimited access in a regular location, such as home, work, or school.

People who have this are three times more likely to access healthcare, get a job, or take a class online, than those with basic internet access, it says.

Fourth generation mobile phone technology, or 4G, can be up to 10 times as fast as the previous 3G technology.

“We found that internet users with meaningful connectivity experience a range of social and personal benefits,” said Ana Maria Rodriguez, a researcher at the organization who co-authored the report.

“This can mean the difference between access to education, banking and healthcare, or none of these.”

Once considered a luxury, internet connectivity became crucial for many during the COVID-19 pandemic as populations faced stay-at-home orders and many practices moved online.

They found significant inequalities in online access, with only around one in ten people having meaningful connectivity, compared to four in ten with basic access.

According to the UN’s International Telecommunication Union, 2.9 billion people — over a third of the world’s population — have never used the internet. Most of these are found in East Asia, South Asia, the Pacific Islands, the Caribbean and Africa, according to Anju Mangal, head of Asia-Pacific region at the Alliance for Affordable Internet.

“They are digitally excluded because of various challenges including poverty, lack of digital skills, lack of electricity and geographical challenges,” she told SciDev.Net.

“Most of the communities we work with live in remote islands and mountainous areas.”

The Alliance for Affordable Internet is calling on governments and service providers to provide 4G, which it sees as the minimum threshold for meaningful connectivity.

“Governments should also consider reducing tariffs on data charges and on gadgets such as smartphones to improve digital accessibility,” Mangal added.

However, the concept of meaningful connectivity does not seem to resonate with everyone in the countries surveyed.

Just being online is good enough, says Joram Onyango, a Kenyan construction worker in Nairobi, who saved for more than six months to afford a US$90 smartphone.

“Usually I don’t bother too much about the quality of the connection, provided I can finish the task,” he told SciDev.Net.

“I keep shifting from one provider to another until I get a more reliable access. This can mean moving from place to place to find where the internet feed is strongest.”

Men who are online are more likely to have meaningful connectivity than women, according to the Alliance for Affordable Internet, which says that these disparities exist even in countries that have closed the gender gap in basic access, such as South Africa and Colombia.

Governments are missing out on billions of dollars because of the digital gender gap, according to a separate report the alliance produced with the World Wide Web Foundation in October last year.

The Costs of Exclusion report found that 32 low- and lower-middle-income countries missed out on US$1 trillion in GDP in the last decade as a result of women’s exclusion in the digital world.

Alliance for Affordable Internet executive director Sonia Jorge said it was time to “raise the bar” for internet access.

“It has never been more clear that internet access is a basic right,” she said. “It is now time that governments recognise that if people are to harness the full power of the internet to transform lives and societies, quality access matters.”