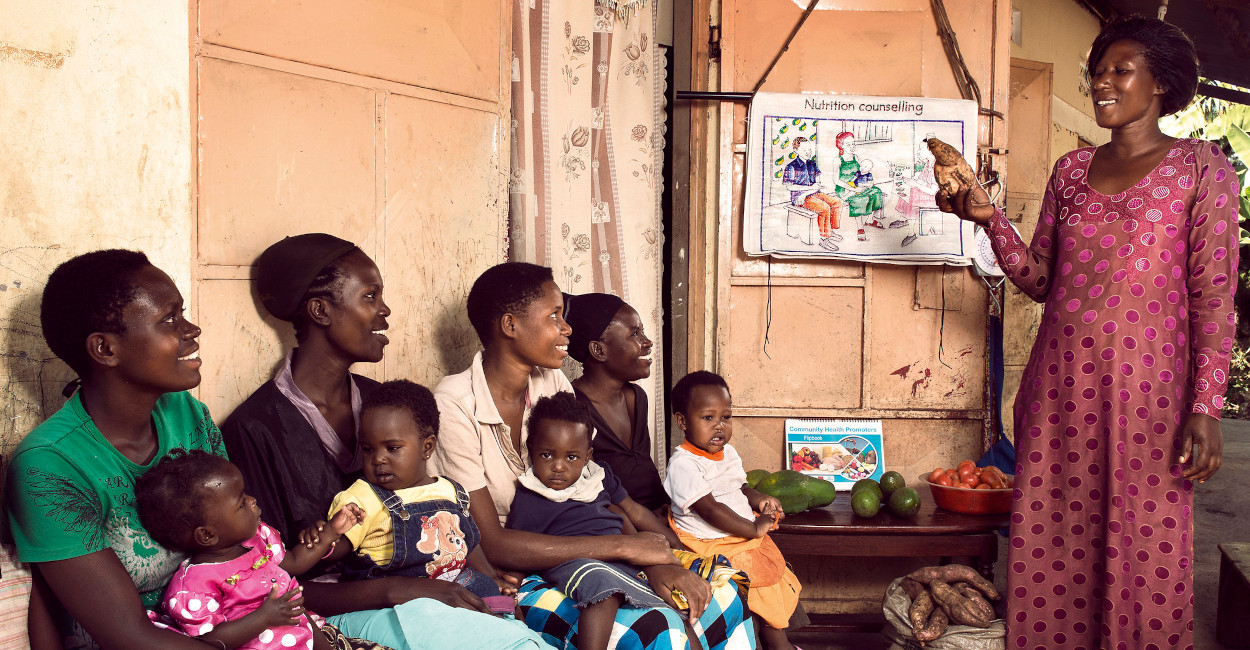 The battle to wipe out malnutrition requires healthy diets that also tackle micronutrient deficiencies, alongside the growing burdens of undernutrition and obesity.

School meals and community education could help address a growing burden of ‘hidden hunger’ — a shortage of the vital minerals and vitamins critical to proper growth and development.

Nutrition specialists have moved beyond the increasingly common signs of poor nutrition — being underweight or obese — to now refer to a triple burden of malnutrition. Hidden hunger, or micronutrient deficiency, has become the third pillar in what is a growing problem worldwide, but a particular challenge for low- and middle-income countries.

It is anticipated that around 660 million people may still face hunger in 2030, in part due to the lasting effects of the pandemic on global food security. Climate extremes and economic disruptions are other major drivers, says this year’s State of Food Security and Nutrition in the World, a UN multi-agency report.

More than half the world’s undernourished people are found in Asia (418 million) and more than one-third in Africa (282 million), according to the report. 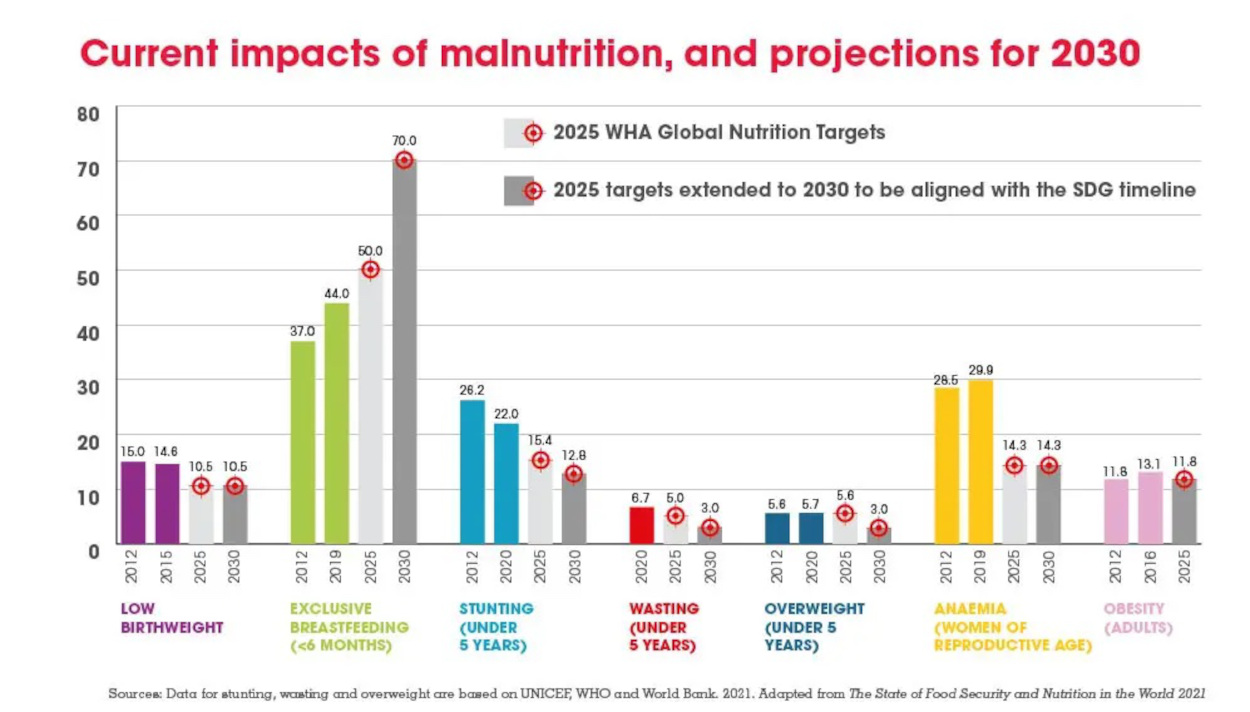 Before the pandemic hit, UNICEF’s The State of the World’s Children report for 2019 warned of the rising triple burden of malnutrition. Children and women in their reproductive years are most at risk of micronutrient deficiency, said UNICEF.

Mercy Lung’aho, a research scientist for the International Institute for Tropical Agriculture, told SciDev.Net: “I have seen communities where mothers are overweight and have anaemia, while children have stunted growth and have anaemia, sometimes in the same households.”

Exacerbation by the pandemic

These problems have been exacerbated by the global pandemic, with millions of families unable to afford or access vital nutritious foods.

Nitya Rao, a professor of gender and development at the UK-based University of East Anglia, says COVID-19 disruptions have exposed inequalities in countries without social protection mechanisms and highlighted that global food security systems were unprepared for system shocks and crises.

“There are people who couldn’t purchase food even if it was available, and in many places food prices went up,” Rao says. 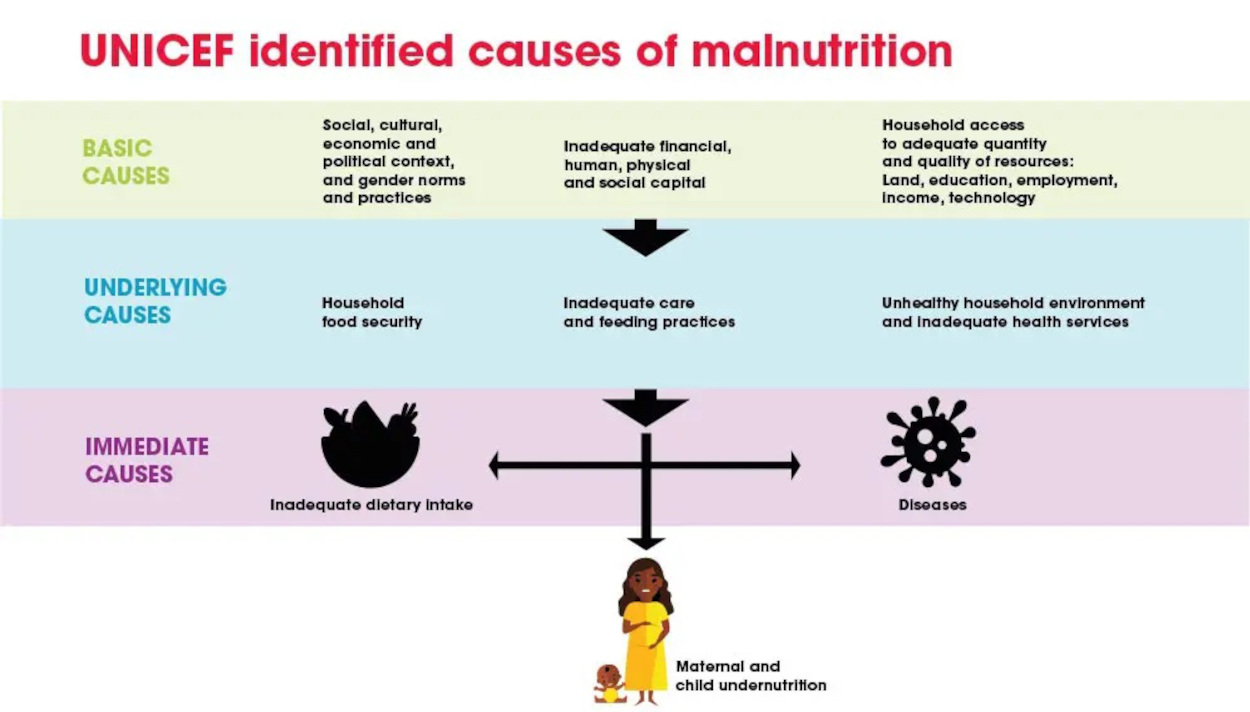 Rao has researched food security in India, one of the world’s leading food-producing countries. She says the country’s food supply chain faced some hurdles during the pandemic, despite being able to manoeuvre through some of the key shocks.

According to Rao, one of these is that India’s food systems struggle to supply perishable foods — the fruits and vegetables that contain vital nutrients.

No fruits, no vegetables

“For several months, people couldn’t afford a healthy, nutritious diet. They had the rice and wheat to eat, but they didn’t have the money to buy vegetables, fruits or eggs,” she says.

Yet on the other hand, a saving grace was that the country’s first lockdown, imposed in March 2020, coincided with the peak of the harvest season for winter crops such as wheat, barley, peas and mustard, according to the country’s Crop Situation report.

India also exempted its farm workers and agriculture companies from the lockdown, enabling the country to harvest and stock grains to help feed its population of 1.4 billion.

Worldwide, about a quarter of all children aged under five are stunted, while obesity is also increasing, according to UNICEF’s Global Nutrition report for 2020.

In Tanzania, where one in three children under five remains stunted, communities face cultural barriers to good nutrition, even when there is plenty of food, says Elizabeth Ndaba, a nutritionist at the country’s Ministry of Health.

Some women wean their babies from breastfeeding early because of beliefs that their breasts will sag or because of witchcraft, denying the babies important nutrients for early growth and development.

Meanwhile, an Africa-wide study found that parents feed children as young as six months with highly processed junk foods, instead of foods rich in micronutrients, including fruits, vegetables and eggs.

“Myths and misconceptions around feeding and food are rife in communities with diverse ethnic backgrounds and food traditions,” says Ndaba. “The dilemma is also that junk foods are more accessible and cheaper than traditional diets.”

In Tanzania, regions most affected by stunting — with rates above 40 per cent of the national average — are ironically those producing more food, according to data obtained from Tanzania’s Nutritional Survey.

“This tells us that the problem is not lack of food, but lack of awareness,” says Ndaba.

“The impact of poor diet in a child can be too subtle, [so] that when mothers decide to stick to wrong beliefs in feeding their babies, they won’t see a problem at first. In the end, signs of stunting will be noticed as the child grows poorly or [is] performing poorly in school.”

Tanzania is working with international non-governmental organisations to increase public knowledge on good nutrition practices, such as promoting fruit and vegetable consumption in schools and across health clinics.

However, Ndaba says: “While there are a number of educational programmes to increase people’s knowledge about nutrition, the challenge that remains is how to put that knowledge into practice.”

Rao says governments, especially those in the global South, must rethink their food systems, focus on local food production for local consumption, and invest in robust social protection mechanisms to remain resilient in crises.

When it comes to micronutrients, nutrition organisations focus on vitamin A for breastfeeding mothers because it is an essential vitamin for babies. The World Health Organization (WHO) labels vitamin A deficiency a public health problem for many parts of the world, but particularly Africa and South-East Asia.

Vitamin A deficiency can cause visual impairment, according to the WHO, and may increase the risk of illness and death from childhood infections, including measles and those causing diarrhoea.

But, rather than reaching for vitamin supplements, the WHO says evidence suggests this has limited effectiveness for women who have recently given birth. “Postpartum women should be encouraged to receive adequate nutrition, which is best achieved through consumption of a balanced healthy diet,” the WHO says.

Nutrition specialists frequently point to the value that school meals offer in the battle against malnutrition. Expanding school meal programmes and scaling up nutrition in workplaces could go a long way towards addressing the triple burden of malnutrition, they say.

During the pandemic, school closures led to more than 370 million children around the world missing out on school meals, said a World Food Programme (WFP) and UNICEF report released in January. 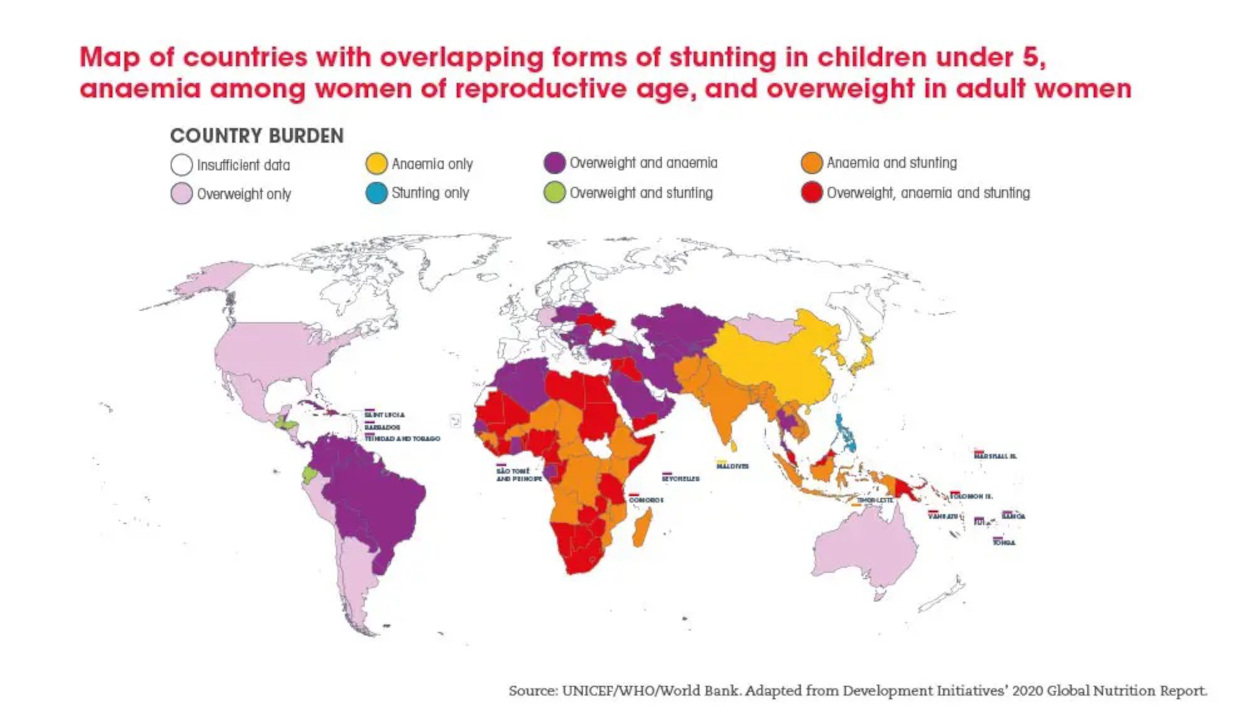 Importantly, school meals also offer a way to spread knowledge on nutrition to children, their families and wider communities. Recognising the value of school meals, a range of countries implemented alternative programmes to keep children well-fed in the early days of the pandemic, says a WFP report.

South Africa and Japan embarked on take-home rations for the children. And despite being highly criticised for its handling of the pandemic, Brazil adapted measures through its National School Feeding Programme to keep its 40 million schoolchildren eating healthy meals, relying on food baskets designed by nutritionists.

She says that international support is available when governments show their commitment to investing in children’s nutrition. “It’s always important for donors to see that the country is willing to invest in themselves and have a well-thought-out plan,” Mahy says.

“Compared with investment in other sectors, investing in school meals might be a tiny fraction of what’s being invested in other government priorities.”