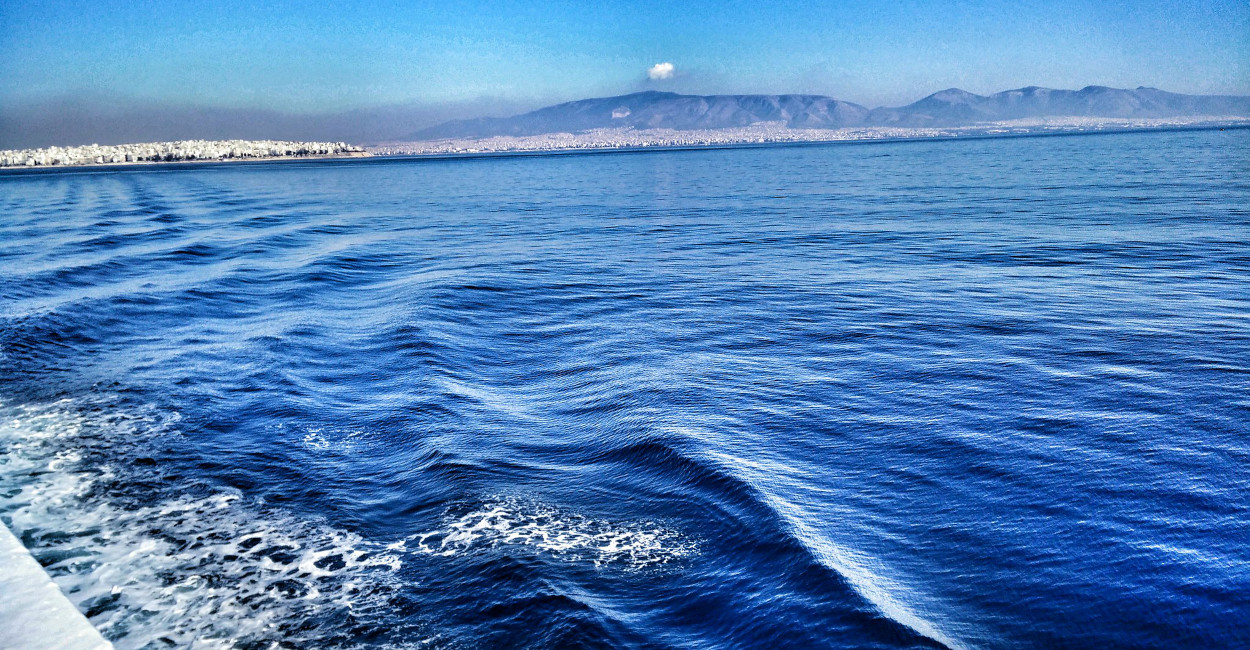 The ocean, with its huge water volume and covering 71% of Earth’s surface, plays a major role in the life of humans, even those who live far from the coast. Humans benefit from products harvested from the ocean (“goods”), as well as “services” supplied by the ocean.

A useful definition of Blue Economy is that used by the World Bank for a “Sustainable Ocean Economy”: “the sustainable use of ocean resources for economic growth, improved livelihoods and jobs while preserving the health of ocean ecosystems”. At the same time, it has been recognized that risks to blue economies may arise when extraction of one ocean-derived good reduces the availability of another good or ocean-provided services.

Advances of scientific knowledge through research and observations are needed to simultaneously maximize blue economic benefits from multiple goods and services in a sustainable manner.

Because of their economic potential, ocean resources have been recognized in recent years as important national assets, particularly in developing countries. This has led to the development of national strategies to harvest ocean resources to support national economies, formulated in the concept of blue economy.

Blue economy is particularly important to island nations, in which the areas of their exclusive economic zones far surpass their land areas, and land-based resources are scarce. However, some nations with large land areas (e.g., Australia) also have developed blue economy plans, albeit as a less substantial part of their overall economic development plans than for small island nations.

Sustainability is a key

Sustainability of resource use is a key to maintaining blue economies. Reaping benefits from the ocean while sustaining its health is at the core of Sustainable Development Goal 14 (SDG 14) of the UN Development Agenda 2030 “Conserve and sustainably use the oceans, seas and marine resources for sustainable development”.

Blue economy has increasingly attracted the attention of ocean scientists. The importance of sustainable use of ocean resources has recently been highlighted by the High-Level Panel for a Sustainable Ocean Economy, also noting that “using science and data to drive decision-making” is an important building block for sustainable use of the ocean.

Advances in Science and Technology allowed humans to better understand and locate ocean resources and then exploit these resources, often excessively. Available knowledge must be used in wise and responsible ways. Scientific understanding is important for sustaining blue economies in an unchanging world, but even more so as the ocean and coastal areas are constantly changing due to human forces.

Blue economies must be adaptable to changes such as increasing ocean temperature, seawater acidity, hypoxia, frequency of harmful algal blooms, and coastal pollution. Each of these changes can reduce the availability of living coastal resources, such as fish, coral reefs, mangroves, and seagrasses. National management must develop and use scientific knowledge to respond to such changes using proactive approaches.

Although the value and need for development of scientific information about the ocean and its resources has become more apparent, science often does not receive enough funding to support wise management, particularly in many developing countries, which experience pressing economic pressures to meet basic human needs of their populations.

Capacity for science and observations

However, ignoring science can lead to resource extraction that is not sustainable, damaging the resource, the natural environment, and human societies in ways that reduce the benefits available. To sustain blue economies, adequate observing systems must be deployed and capacity for science and observations must be built in countries that rely on blue economies.

Considering the importance of the subject, the Centre for Science and Technology of the Non-Aligned & Other Developing Countries (NAM S&T Centre), New Delhi; and the Committee on Capacity Development of the Scientific Committee on Oceanic Research (SCOR), Newark, Delaware (USA) jointly announce the organization of an International Workshop on Application of Ocean Science and Technology for the Practice of Sustainable “Blue Economy” in Developing Countries during 8-9 November 2021. The Workshop will be hosted by SCOR and organized in Virtual Mode.

This Workshop will provide insights into why Science, Technology and Innovation (STI) is necessary to form a foundation for blue economies, by detailing examples of how STI has stimulated blue economies and how ignoring STI can damage blue economies. This event is primarily structured as an Exposure Workshop for participants from developing countries. The objective is to bring together policy makers, researchers and academics active in promoting sustainable use of coastal marine resources.

The Virtual-Mode Workshop will have Sessions that will be repeated through hybrid sessions of live and recorded presentations, so that participants in different time zones will have the opportunity to benefit from the Workshop.

The overarching objective of the Workshop is to highlight the role of ocean science and technology in blue economic development. The Workshop will introduce current concepts in blue economy, followed by discussion of specific topics that include coastal marine resources of economic relevance, environmental threats that endanger blue economic goals, the importance of ocean observing systems and the need for capacity development.

By illuminating the use and misuse of Science and Technology in blue economies, the Workshop aims to help establish the foundation of scientific knowledge and ocean observations to support sustainable ocean development.

Topics to be covered

The Workshop will be open to ocean scientists, government officials, policy makers, and representatives from industry and non-government organizations from NAM and other developing countries, as well as developed countries. The interaction of participants from various countries will allow exchange of knowledge, ideas and experiences, as well as provide opportunities for global networking and collaborations.

Call for Proposals from the International Geoscience Programme
10/08/2021