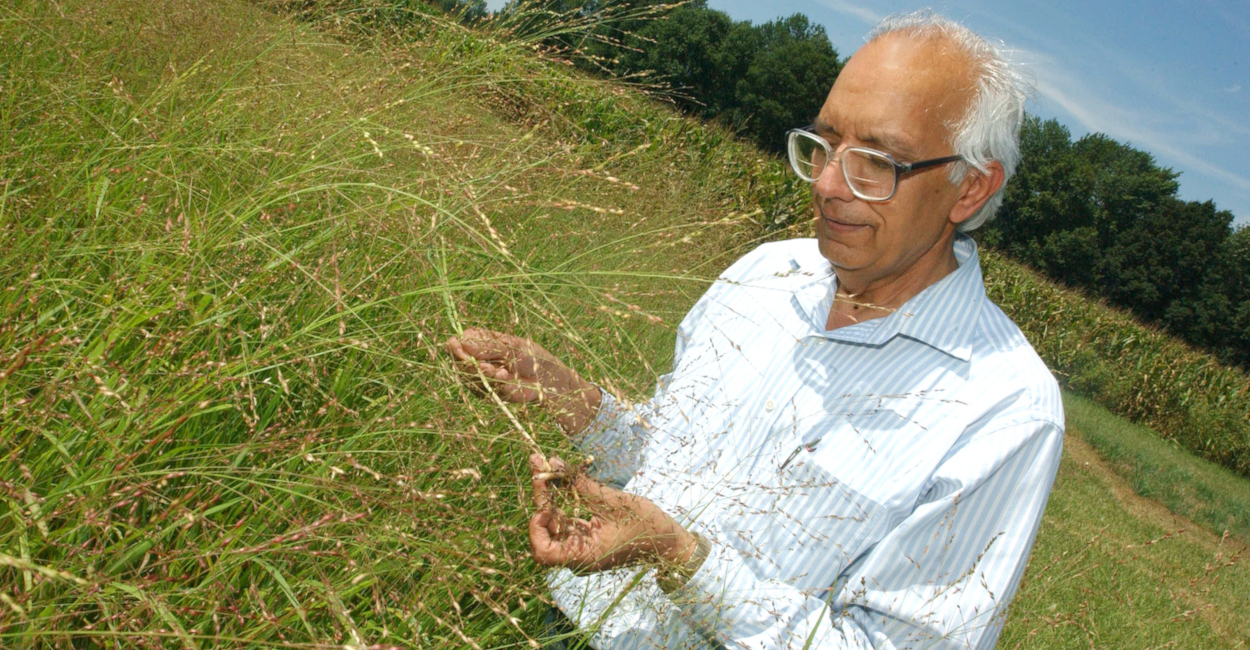 To survive, the modern civilization must never ever “forget how to tend the soil”.

Almost one-third of the global ice free land area is prone to degradation by loss of soil biodiversity, depletion of soil organic carbon stock, acceleration of soil erosion by water and wind, increase in risks of secondary salinization, nutrient imbalance and disruption in elemental cycling by soil misuse and land mismanagement, expanding area under surface sealing by ad-hoc and expanding urbanization, and pollution by using soil as a global garbage dump for industrial effluents. The problem of soil degradation is being exacerbated by the current and projected anthropogenic climate change.

Disconnect between nature and human

The severe problem of soil degradation is caused by the disconnect between nature and human. Mahatma Gandhi, whose 150th birth anniversary is being celebrated in 2019-2020, said “To Forget How to Dig the Earth and to Tend the Soil is to Forget Ourselves”. Humanity is forgetting that soil is the source of all essential ecosystem services on which depends its survival.

Healthy soil, being a large reservoir of biodiversity, is a living entity. Yes, “All life depends on soil: there is no life without soil, and no soil without life, they have evolved together” said Charles Kellogg of USDA. Furthermore, “health of soil, plants, animals, people” ( Sir Albert Howard), and environment is one and indivisible. Once soil health is degraded that of everything else is degraded with it.

Therefore, the long-term solution to addressing global issues (e.g., climate change, hunger and malnourishment, water scarcity and eutrophication, air pollution, and dwindling of biodiversity) lies in restoring soil health and functionality and not taking soil for granted by reconnecting humanity to soil. Being a living entity, soil has rights to be protected, restored, thrive and managed judiciously.

World peace and tranquillity are being jeopardized by the global problem of soil degradation. People are mirror image of the soil they live on. When soil is degraded and not tended, people are helpless and desperate.

This will be the topic of the first lecture of the webinar seires launched by IUBS to commemorate completion of 100 years of promoting excellence in biological sciences. Other lectures will bring the best of all disciplines to discuss evolution, taxonomy, ecology, biodiversity, and other topics that represent unified biology and the topics of prime importance to address contemporary problems such as climate change, endangered species, food &amp; nutrition, health etc.

Rattan Lal is a Distinguished University Professor and Director of the Carbon Management and Sequestration Centre at The Ohio State University. He is an Adjunct Professor at the University Iceland, and holds a Chair of Soil Science and Goodwill Ambassador position with Inter-American Institute of Cooperation in Agriculture, San Jose, Costa Rica. He was President of the Soil Science Society of America (2006-2008), and the International Union of Soil Sciences (2017-2018). He researches soil carbon sequestration for food and climate security, conservation agriculture, and soil health. He has authored 955 journal articles, mentored 360 researchers, h-index of 150 and 101,811 citations. He is laureate of the 2018 GCHERA World Agriculture Prize, 2018 Glinka World Soil Prize, 2019 Japan Prize, 2019 U.S. Awasthi IFFCO Award, 2020 IICA Chair in Soil Science and Goodwill Ambassador, and the 2020 World Food Prize.