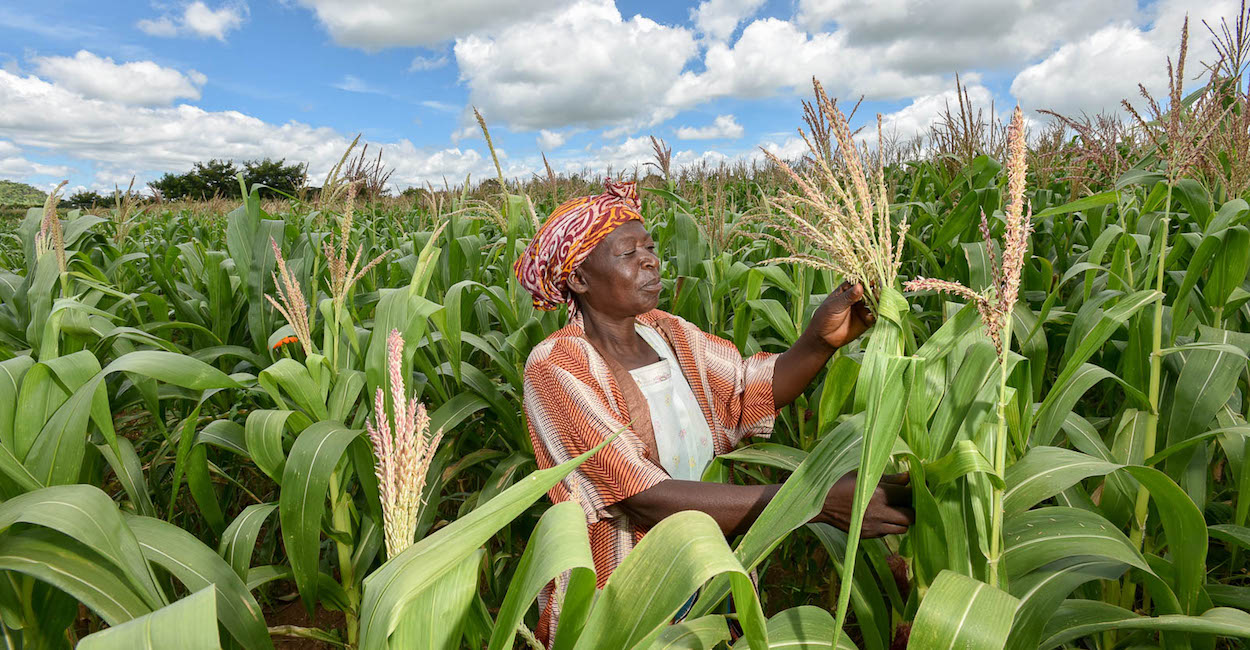 Climate Smart Agriculture helps to preserve the environment together with food security in Malawi.

Planting flowering plants such as acacia, shrubs, vines and faidherbia — a fast growing nitrogen fixing plant — could increase maize yields by up to 53 per cent, a study has found.

These are part of agricultural strategies that if adopted, especially in countryside settings, could boost rural development amid climate change, according to the research.

Flowering plants serve as cover crops — which are planted to cover the soil to improve its quality and fertility.

Cover crops are not the only approach that boosts yields, especially amid climate shocks, and the researchers in the study published in the April edition of Food Policy say that, “building ditches along hilly sides to control water run-off, making ridges that will hold off water within the field and the stone bunds [barriers] that will filter, slow down water and reduce soil erosion are beneficial under both wetter and drier climate change scenarios”.

These agricultural interventions improve retention of water in the soil and elevate and store nutrients for plant uptake, which led to improved crop yields, in this case maize, the study says.

The study evaluated the effectiveness of US$86 million project implemented in five districts in southern Malawi from 2009 to 2014 and found that targeted investments in agriculture interventions can reduce the challenge and provide a nudge for adoption by smallholder farmers.

These agriculture interventions, also referred to as climate-smart agriculture (CSA), “can enhance resilience in poor rural communities prone to environmental shocks such as frequent droughts and floods,” explains Festus Amadu, lead author of the study and a postdoctoral research associate at the US-based University of Illinois at Urbana-Champaign.

The researchers surveyed 808 households from June to September 2016 from selected communities that received training in the climate-smart agriculture intervention approach as part of the project.

According to the study, smallholder farmers that participated in the training programmes received follow-up visits from local extension agents and implemented the climate-smart techniques they learned such as planting vines and shrubs around their farms to improve soil fertility.

The farmers also participated in practices that control water running off to reduce soil erosion, manage excess rainwater and conserve soil nutrients in their plots.

“We found a 53 per cent increase in maize yield among CSA adopters in the drought year of 2016,” Amadu tells SciDev.Net. “Results demonstrate that policies and funding streams supporting CSA in low-income, dry land contexts such as southern Malawi can have important impacts on food security.”

“Other countries in Sub-Saharan Africa can learn from the lessons in Malawi and increase adoption of [the techniques],” says Amadu, adding that governments should use part of their aid funding to support CSA.

Paul McNamara, a co-author of the study and a professor of development, natural resources and environmental economics at the University of Illinois, adds that the study shows that governments and development partners should prioritise factors that positively influence adoption, such as intensive extension services to rural farmers.

But researchers say that despite the potential of these agriculture approaches for increasing food security, their adoption by smallholders has challenges including being labour-, capital-, land- and knowledge intensive.

Patson Cleopus Nalivata, soil chemist and head of Crop and Soil Science Department at Malawi’s Lilongwe University of Agriculture and Natural Resources says that the key to adoption of the approach is hired labor and extension services for advice.

Impact can vary with weather

Nalivata tells SciDev.Net that the theory of change for advancing food security through the adoption [of soil and water management] practices by farmers in the project area which the researchers examined is crucial.

But he adds that different practices have positives and negatives depending on the conditions of the soil and rainfall patterns for that year.

“For instance, you may find that water absorption trenches would be favourable in a dry year like 2016 but not in a very wet year as it will retain excess water not desirable for maize production,” he explains.