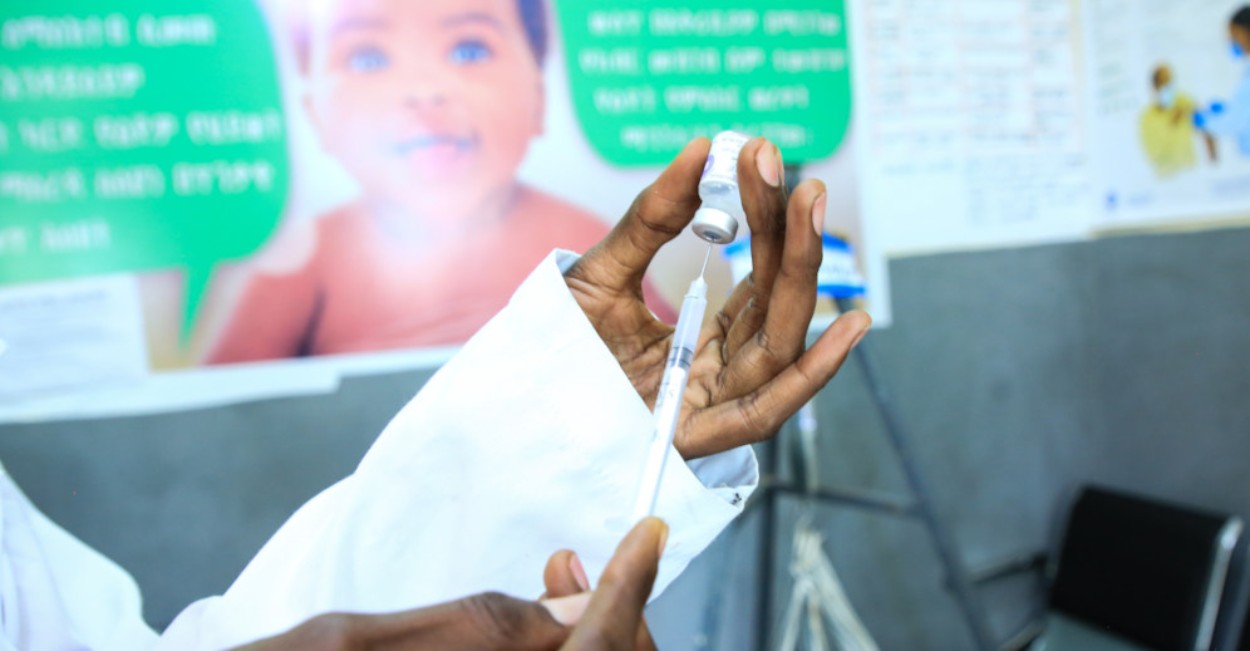 Researchers say they plan to roll out a new malaria vaccine next year after tests on children in West Africa found it to be up to 80 per cent effective.

More than 100 malaria vaccine candidates have undergone trials on humans in recent decades but none has previously met the World Health Organization’s 75 per cent plus efficacy target.

Scientists have warned that progress has stalled in the fight against the mosquito-borne disease, which caused over 640,000 deaths in 2020, the majority of them children in Sub-Saharan Africa.

Researchers from the University of Oxford and the Health Sciences Research Institute (IRSS) in Nanoro, Burkina Faso say a booster shot of the candidate malaria vaccine, called R21, showed 80 per cent efficacy on children who received the highest dose one year after an initial three-dose course.

Seventy-eight per cent efficacy was maintained for two years after the booster was administered during the trial involving 450 children aged between five- and 17-months-old at the Clinical Research Unit of Nanoro. There were no serious side effects, the researchers say.

IRSS regional director Halidou Tinto, a professor in parasitology and the trial’s principal investigator, told SciDev.Net: “This is yet another first in the history of malaria vaccine research. It means that we can maintain an efficacy of more than 75 per cent over the long term if we administer a booster dose and this should enable children living in malaria-endemic regions such as Burkina to be very well protected against malaria at the age when they are most vulnerable.”

The vaccine – which Tinto describes as an improved version of the RTS,S vaccine that is being rolled out in a number of African countries – had already shown 77 per cent efficacy in the first year in an earlier trial in 2021.

The phase two trial has been extended for a further two years to assess whether additional booster doses are needed to maintain this high efficacy over time.

Tinto says he is “optimistic” that the latest results can also be replicated in an ongoing phase three trial involving 4,800 children in Burkina Faso, Mali, Kenya and Tanzania. Results are expected later this year.

The R21 vaccine, developed at the University of Oxford’s Jenner Institute, is licensed for production by the Serum Institute of India (SII).

“We are already planning, in collaboration with our partners … to take a programmatic deployment of R21 from 2023 on a population of at least 250,000 children in Burkina Faso, in order to accelerate the agenda for the deployment of this vaccine on a large scale in Africa,” said Tinto.

He said SII was committed to producing at least 100-200 million doses of the R21 vaccine per year subject to the WHO issuing a recommendation for its deployment. “This will supplement the only vaccine currently recommended by WHO (RTS,S) whose current production capacity cannot meet global demand,” Tinto added.

RTS,S, the world’s first malaria vaccine, was recommended by the WHO in October 2021, for use in children at risk in Sub-Saharan Africa and other regions with moderate to high transmission of malaria caused by the Plasmodium falciparum parasite.

However, scientists have stressed the need for further vaccine development and research investment.

Jenner Institute director Adrian Hill, co-author of the R21 study published in the Lancet Infectious Diseases, said this was “the best data yet” from any malaria vaccine.

“We are delighted to find that a standard four dose immunisation regime can now, for the first time, reach the high efficacy level over two years that has been an aspirational target for malaria vaccines for so many years,” he said.

He said the vaccine would give “durable protection” to the most important group who need it: young African children. But he stressed that the 77 per cent accuracy of the vaccine was dependent on other control measures such as insecticides and bednets, which should continue to be used.

James Tibenderana, who will take over as the chief executive of the non-profit Malaria Consortium in October, described the results as “remarkable”.

Tibenderana, who was not involved in the R21 trials, said the fast-paced development and roll-out of COVID-19 vaccines showed that it was possible to shorten the time-frame for vaccine development and distribution while still mitigating risks.

“I hope these results motivate increased and sustained investments in research and development for malaria vaccines, and their equitable access, because they prevent malaria infections and save lives,” he said.