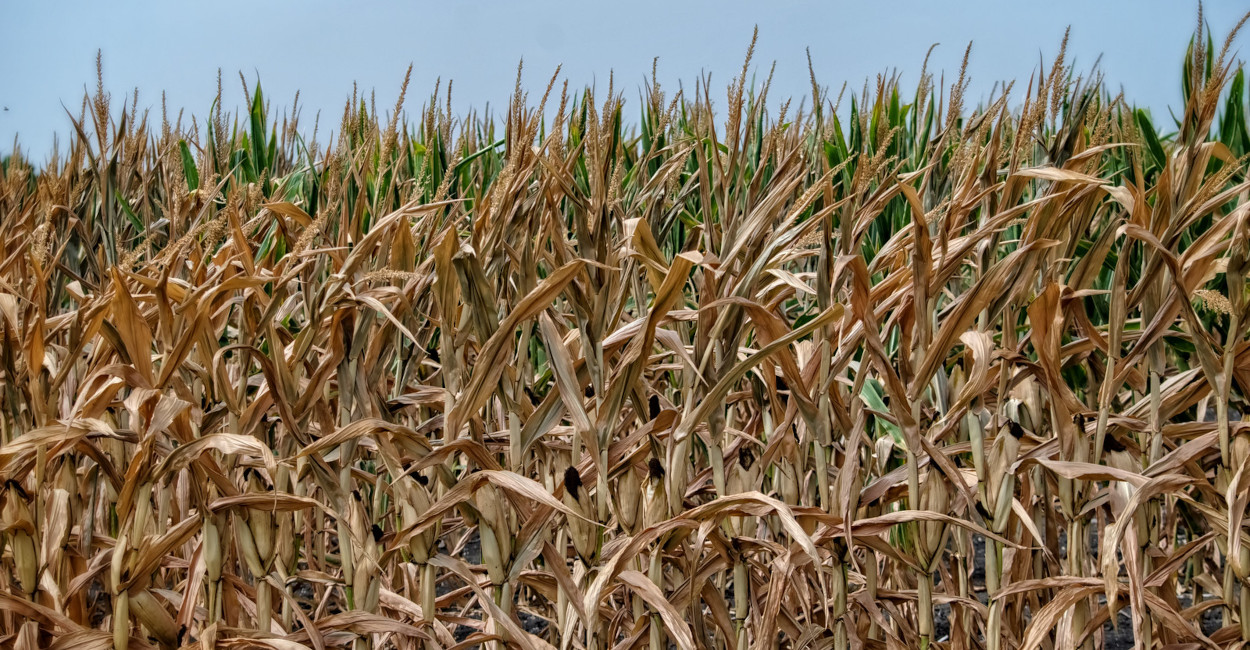 A new study by some international researchers has revealed that global maize and wheat production may be affected by 2030 if current trends of climate change persist.

Using advanced climate and agricultural models, scientists found that the change in yields is due to projected increases in temperature, shifts in rainfall patterns, and elevated surface carbon dioxide concentrations from human-caused greenhouse gas emissions. These changes would make it more difficult to grow maize in the tropics, but could expand wheat’s growing range.

“We did not expect to see such a fundamental shift, as compared to crop yield projections from the previous generation of climate and crop models conducted in 2014,” said lead author Jonas Jägermeyr, a crop modeler and climate scientist at NASA’s Goddard Institute for Space Studies (GISS) and The Earth Institute at Columbia University in New York City. The projected maize response was surprisingly large and negative, he said. “A 20% decrease from current production levels could have severe implications worldwide.”

To arrive at their projections, the research team used two sets of models. First, they used climate model simulations from the international Climate Model Intercomparison Project-Phase 6 (CMIP6), followed by an ensemble of biophysical crop growth models to estimate yield implications of the changing climate. Each of the five CMIP6 climate models used for this study runs its own unique response of Earth’s atmosphere to greenhouse gas emission scenarios through to 2100. These responses differ somewhat due to variations in their representations of the Earth’s climate system.

The research team then used the climate model simulations as inputs for 12 state-of-the-art global crop models that are part of the Agricultural Model Intercomparison and Improvement Project (AgMIP), an international partnership coordinated by Columbia University. IIASA involvement in the study was twofold: first, on the climate data acquisition and processing side, researchers from the Advancing Systems Analysis and Biodiversity and Natural Resources programs, carried out the data transformation from the original format to the format suitable for feeding the institute’s Environmental Policy Integrated Model (EPIC), which contributed crop growth modeling data to the study. Second, and most importantly, the IIASA teams also carried out biophysical simulations informing (among other variables) the yield projections corresponding to the CMIP6 data.

The crop models provide large-scale simulations of how crops grow and respond to environmental conditions such as temperature, rainfall, and atmospheric carbon dioxide, which are provided by the climate models. Each crop species’ behavior is based on their real life biological responses studied in indoor and outdoor lab experiments. In the end, the team created about 240 global climate-crop model simulations for each crop. Using multiple climate and crop models in various combinations, increased the team’s confidence in their results.

The study focused on climate change impacts. The models used do not address economic incentives, changing farming practices, and adaptations such as breeding hardier crop varieties, although that is an area of active research. The research team plans to look at these angles in follow-up work, since these factors will also determine the fate of agricultural yields in the future as people respond to climate-driven changes.

The team looked at changes to long-term average crop yields and introduced a new estimate for when climate change impacts “emerge” as a discernible signal from the usual, historically known variability in crop yields. Soybean and rice projections showed a stronger decline in their regional change patterns than previously expected, but at the global scale, the different models still disagree on the overall impacts from climate change. For maize and wheat, the climate effect was much clearer, with most of the model results pointing in the same direction.

“Apart from more pronounced production losses projected for maize by the new model ensemble, the emergence of adverse climate change impacts – the point of time when historic extreme years become the new norm – also occurs substantially earlier for this crop and the model agreement is more robust. This suggests that less time may be left to adapt related crop production systems to the changing climate than indicated by earlier ensemble studies,” says coauthor and IIASA researcher Christian Folberth.

Maize, or corn, is grown all over the world, and large quantities are produced in countries nearer the equator. North and Central America, West Africa, Central Asia, Brazil, and China will potentially see their maize yields decline in the coming years and beyond as average temperatures rise across these breadbasket regions, putting more stress on the plants.

Wheat, which grows best in temperate climates, may see a broader area where it can be grown as temperatures rise, including the Northern United States and Canada, North China Plains, Central Asia, Southern Australia, and East Africa, but these gains may level off mid-century.

Temperature is not the only factor the models consider when simulating future crop yields. Higher levels of carbon dioxide in the atmosphere have a positive effect on photosynthesis and water retention, increasing crop yields, though often at a cost to the nutritional value of the crop. This effect happens more so for wheat than maize, which is accounted for better in the current generation of models. Rising global temperatures are also linked to changes in rainfall patterns, and the frequency and duration of heat waves and droughts, which can affect crop health and productivity. Higher temperatures also affect the length of growing seasons and accelerate crop maturity.

“Even under optimistic climate change scenarios, where societies enact ambitious efforts to limit global temperature rise, global agriculture is facing a new climate reality,” Jägermeyr said. “And with the interconnectedness of the global food system, impacts in even one region’s breadbasket will be felt worldwide.”