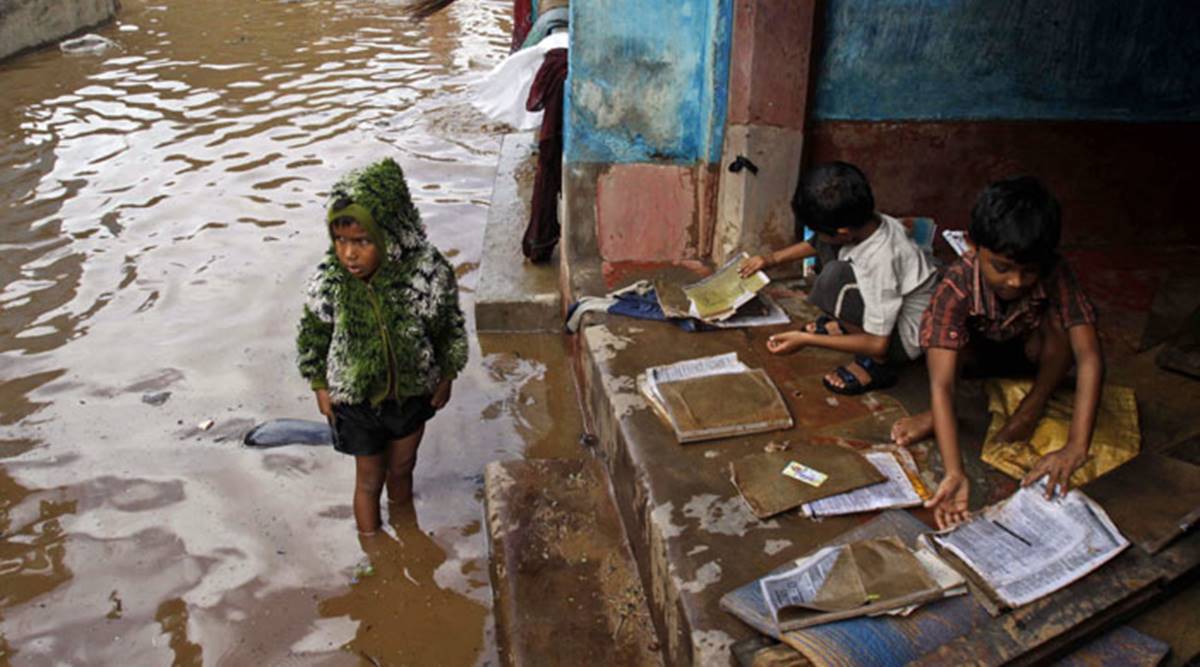 A new research has revealed that children, especially in low-income countries, are to face disproportionate increases in lifetime extreme events like heatwaves, flood, and droughts, among others.

Under current climate policy, newborns across the globe will on average face seven times more scorching heatwaves during their lives than their grandparents. In addition, they will on average live through 2.6 times more droughts, 2.8 times as many river floods, almost three times as many crop failures, and twice the number of wildfires as people born 60 years ago.

“Our results highlight a severe threat to the safety of young generations and call for drastic emission reductions to safeguard their future,” says Wim Thiery, climate scientist in the BCLIMATE research group at Vrije Universiteit Brussel (VUB), Belgium and lead author of the study.

The Fridays for Future movement led by the world’s youth has drastically increased awareness around the importance of climate change mitigation for future generations. Next to school strikes and protest marches, young people are now also suing their governments, for instance, for violating their fundamental rights under the United Nations Committee on the Rights of the Child.

“Over the past two decades, IIASA has been a pioneer in studying the complex interactions between demographic change and climate change, starting with a 2001 book titled “Population and Climate Change”. This new study enriches climate science by introducing the demographic distinctions between period and cohort perspectives,” notes IIASA Social Cohesion, Health, and Wellbeing Research Group Leader Wolfgang Lutz.

The team computed lifetime exposure for every generation born between 1960 and 2020, for every country in the world, and for every global warming scenario between today’s 1°C and 3.5°C above pre-industrial levels. To this end, they generated an unprecedented collection of extreme event simulations and combined these with future global temperature trajectories and demographic information on life expectancy, population density, and cohort size.

At and above 1.5°C of warming, lifetime exposure to heatwaves, crop failures, droughts, and river floods for people born after 1980 is unmatched by pre-industrial climate conditions. According to Thiery, this basically means that people younger than 40 today will live an unprecedented life, even under the most stringent climate change mitigation scenarios.

Behind these global numbers, hide important regional variations. Young generations in low-income countries will face by far the strongest increases with a more than five-fold increase in overall lifetime extreme event exposure. While 53 million children born in Europe and Central Asia since 2016 will experience about four times more extreme events under current pledges, 172 million children of the same age in sub-Saharan Africa face an almost six-fold increase in lifetime extreme event exposure, and even 50 times more heatwaves.

The combined rapid growth in population and lifetime extreme event exposure highlights a disproportionate climate change burden for young generations in the Global South, and the researchers say that there are strong reasons to think that their calculations underestimate the actual increases that young people will face.

With the United Nations Framework Convention on Climate Change (UNFCCC) Youth Summit that ran from 28–30 September in Milan and with COP26 upcoming in Glasgow at the end of October, international climate negotiations are gaining critical momentum.

“This study underscores the importance of international mechanisms such as the Intergovernmental Panel on Climate Change (IPCC) and COPs to tackle ongoing efforts to fight climate change, but much more is needed to support emerging economies in terms of climate change adaptation and mitigation,” says IIASA Biodiversity and Natural Resources Program Director Yoshihide Wada, a study coauthor.

“The results of the study published in Science and the accompanying report curated by the NGO Save The Children, highlight the utmost need to ramp up ambitions and embark on immediate action,” adds coauthor Joeri Rogelj, a senior researcher in the IIASA Energy, Climate, and Environment Program and climate change expert at Imperial College London.

The study underlines the sheer importance of the Paris Agreement to protect young generations around the world.

“If we manage to drastically reduce our emissions in the coming years, we can still avoid the worst consequences for children worldwide. At the same time, a sobering message for the youth in low-income countries emerges, where incredibly challenging extreme events are robustly projected, even under the most stringent of climate action futures,”  Thiery concludes.