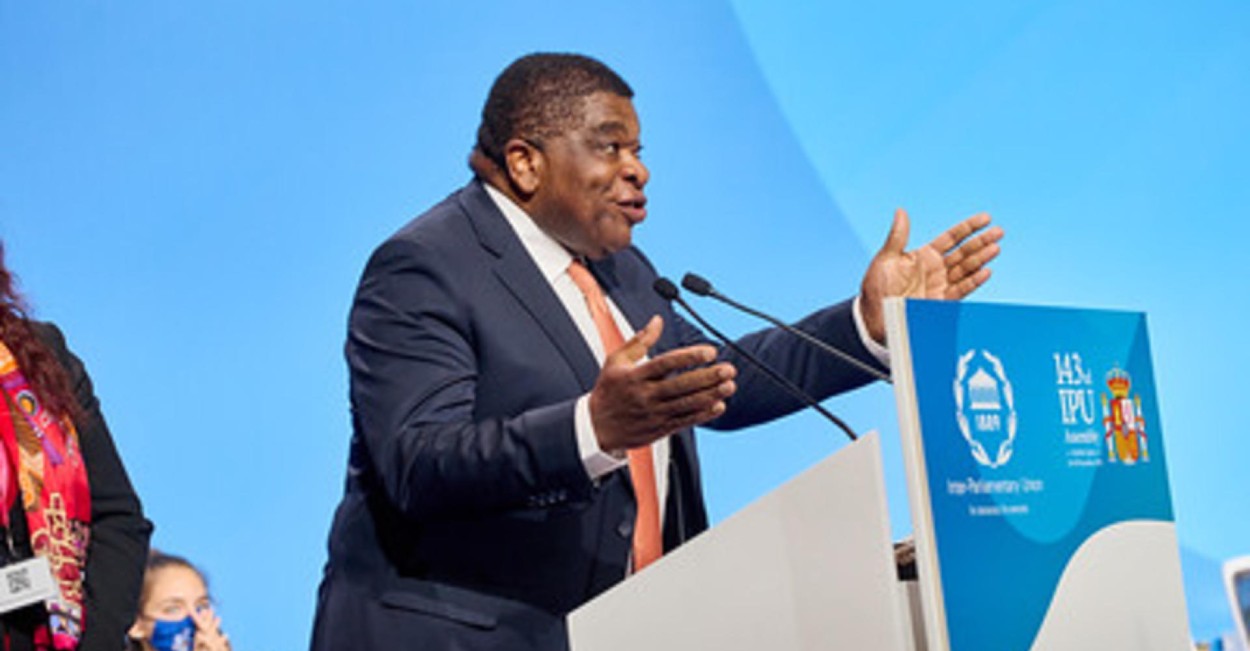 A staunch gender-equality advocate, Martin Chungong, was re-elected as Secretary General of the Inter-Parliamentary Union at the 143rd IPU Assembly in Spain. Abdulsalam MAHMUD reports.

Martin Chungong has been unanimously re-elected for a third four-year term as Secretary General of the Inter-Parliamentary Union, IPU. He was re-elected at the 143rd IPU Assembly in Madrid, Spain.

Chungong began his professional career at the National Assembly of Cameroon where he serves for 14 years in various capacities. Concurrently, he taught linguistics and translation at the Universities of Buea and Yaoundé in Cameroon.

He joined the IPU in 1993, initially supporting parliaments in countries in transition or emerging from conflict, in the wake of the collapse of the Berlin Wall. He then served as Director for the Promotion of Democracy from 2005-2011 and Director of the Division of Programmes from 2011-2014. He was also the Secretary to the IPU Standing Committee on Democracy and Human Rights for eight years. He was appointed Deputy Secretary General in 2012.

A lifetime supporter of gender equality, Chungong is the Chair of the Global Board of the International Gender Champions, a network of global leaders committed to gender equality in their institutions. He is also a Champion of the UN Programme to end violence against women in armed conflict. In 2021, Arizona State University designated Martin Chungong as its Inaugural SDG5 Male Champion for Change.

He is also the Parliamentary Representative on the Steering Committee of the Global Partnership for Effective Development Cooperation.

Chungong was appointed by the UN Secretary-General as part of a team of global leaders to shape the efforts of the Scaling Up Nutrition movement in eliminating all forms of malnutrition. In addition, he sits on the Board of the Partnership for Maternal, Newborn and Child Health.

Delivering his acceptance speech after been returned as the Secretary General of IPU, the Camerounian ex-lawmaker, thanked IPU members for their support in his re-election.

He said: My new term will be one of positive change and transformation for greater resilience as we enter the new strategy cycle of the IPU. The world is facing huge challenges with democracy under threat, the climate emergency and massive social and economic inequalities, exacerbated by the Covid-19 pandemic. The IPU has a key role to play in mobilizing the parliamentary community to address these challenges and I am honoured to be its Secretary General.”

There have been eight Secretaries General in the IPU’s 132-year old history.

Two of them—Norway’s Christian Lange and Sweden’s Albert Gobat—are among the eight IPU figures who have won the Nobel Peace Prize.

This report, first shared by IPU, was re-written by Abdulsalam Mahmud.