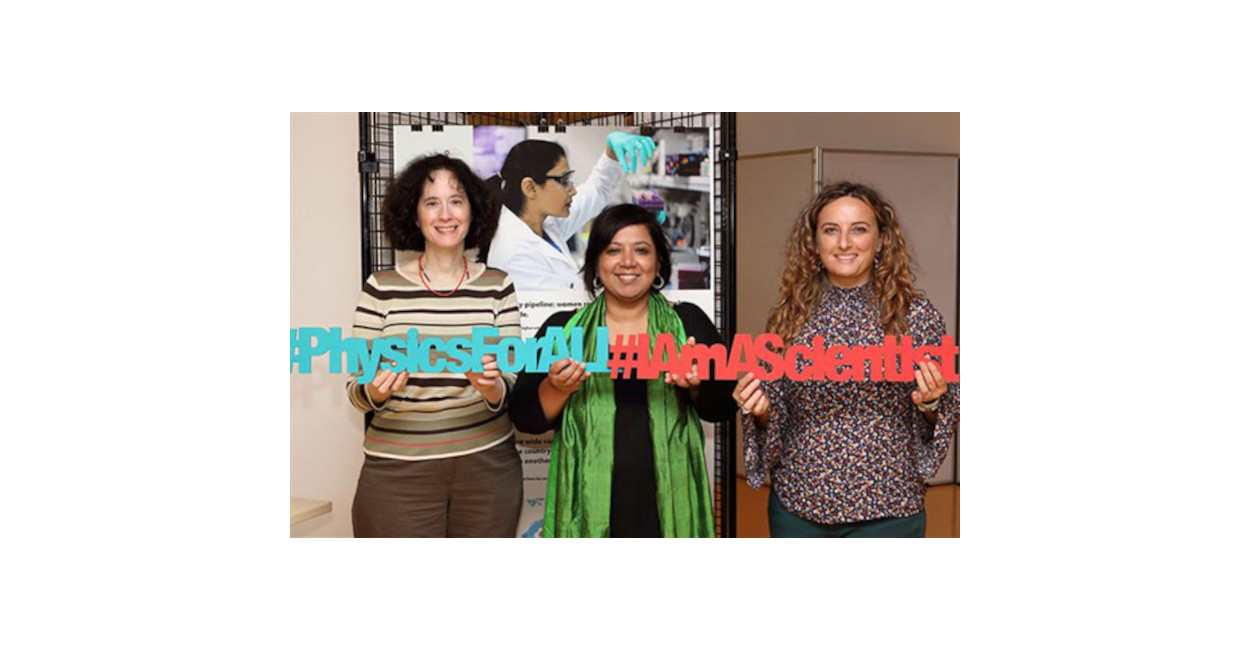 In a chat with ICTP, Shobhana Narasimhan, a condensed matter theorist at the Jawaharlal Nehru Centre for Advanced Scientific Research, Bangalore, India, explained why the poorest and richest countries of the world have very few women in science.

Narasimhan, a regular ICTP visitor, has been actively involved in building support for women in science. Since 2013, she has organised several ICTP Career Development Workshops for Women in Physics, which cover essential skills that women scientists need to improve the parity of female representation in science, from preparing a strong CV to negotiating in the workplace.

ICTP interviewed Narasimhan in advance of a talk she gave at ICTP’s event for the Postgraduate Diploma Programme’s 30th anniversary, on fighting systemic gender discrimination in science. Her answers are below.

What are some of the factors that have resulted in women being underrepresented in STEM careers?

I think this is a complex situation which we are only just beginning to understand. I have been doing some research into this recently, and found some surprising correlations. For example, if one plots a graph of the percentage of scientists in a country who are women, versus the per-capita GDP of the country, one obtains an inverted U-shaped curve. The poorest and richest countries have very few women in science, it is those with middling incomes that have the highest percentage of women.

Also, patterns of retention are different. Countries in Asia and the Middle East tend to have very high percentages of girls studying science up to college level, after which there is a big drop. This suggests that in these countries, women drop out of science at a relatively late stage, due to societal expectations or pressures connected to marriage and motherhood.

In contrast, in Europe one finds about the same percentage of girls studying science as women working in science; this suggests that in these countries, the problem is in attracting girls to science. In addition, there is a lack of role models and often a hostile environment, as a result of which there can be a high rate of attrition.

Can you give an example of forms of discrimination a female STEM researcher might face?

Sexual harassment is shockingly widespread. At ICTP-sponsored workshops, we often hear from women who have been told by superiors that they have to provide sexual favors in return for receiving a recommendation letter or a high grade on a course.

Implicit harassment is people being biased against women in science without even being aware of it themselves. For example, subconsciously using different parameters to judge male and female candidates for a faculty position.

As a graduate student at Harvard, together with some friends we started a group for women in science. As a postdoc, I successfully petitioned the American Physical Society to start an electronic bulletin board, WIPHYS, for women in physics. In India, I have been on several committees to support women in science, I was also on the Working Group for Women in Physics of IUPAP (the International Union of Pure and Applied Physics).

Since 2013, I have been co-organizing Career Development Workshops for Women in Physics at ICTP, Trieste, and also at ICTP-EAIFR, Kigali, Rwanda. These workshops give women a space in which to share their experiences, an opportunity to interact with successful women physicists, and also train them in various soft skills that will help them rise in their careers.

Women from about 80 countries have participated in these workshops, and many women have said that they have found them to be a ‘transformative’ experience. In my own research group, I have made it a practice to actively support young women scientists who are juggling a family and career.

What role can men play in addressing gender inequality in STEM?

I think it is vital that men play a role in this effort, women alone cannot change things. This is why in our Career Development Workshops, we have always made it a practice to involve a few supportive men in our activities.

I think the first thing that men can do is to become aware of the scope and seriousness of the problem; many men think this is a minor issue. Then they should introspect and search within themselves for implicit bias. One way they can do this is to take a very short online test.

Then they can make sure that they have a healthy representation of women in their research groups, and work proactively to support the careers of these women.

Can you share some examples of institutional or governmental actions that are having a positive effect on increasing the number of girls and women in STEM?

In India, the government realized that many women were being lost to STEM careers after having obtained a PhD. Therefore both the Department of Science and Technology and the Department of Biotechnology started fellowships that are specifically targeted at women who have had a break in career. These fellowships provide women with a salary and research support for a few years, in order to enable to re-enter the research mainstream.

Alternatively, they can be trained in science-based careers such as patent law. In the UK, there is the Athena Swan program, which rates institutions according to how gender-inclusive an environment they provide. Many other countries have now started such programs.

I think the Career Development Workshops we organize at ICTP are a great start. However, we have only been able to reach a small fraction of the women who apply to these workshops. It would be great if the scope of such programs could be expanded, possibly to be replicated at all the partner institutes. I also think that it would be fantastic if ICTP could provide childcare facilities and additional financial support that would enable women with young children to visit ICTP, either for a programmed activity or for an extended visit.

What advice would you give women STEM researchers who may face discrimination?

This is actually a rather difficult question. My first inclination would be to say “fight back!”, but many women are in situations where it would be very difficult or even unsafe for them to fight back. I would say to them: first of all, realize that it is not you who is the problem, if someone discriminates against you, you are not at fault, they are at fault. Then, try to establish a paper trail: make detailed notes of what happened, what was said/done, when, who was present, etc.

This information will help bolster your case if you decide to make a formal complaint. Get informed about what formal channels of complaint may be available to you, what rules and regulations there are. Finally, seek help: if you cannot find this help within your department or institution, look for help elsewhere in your country or even internationally.

The sad truth is that women who fight discrimination are often labeled as ‘difficult’, ‘overreacting’, ‘hysterical’, etc. One can end up feeling very lonely. So it is important to build up a support network. There are always decent and concerned people around, try to find them.

This interview was first published by ICTP.