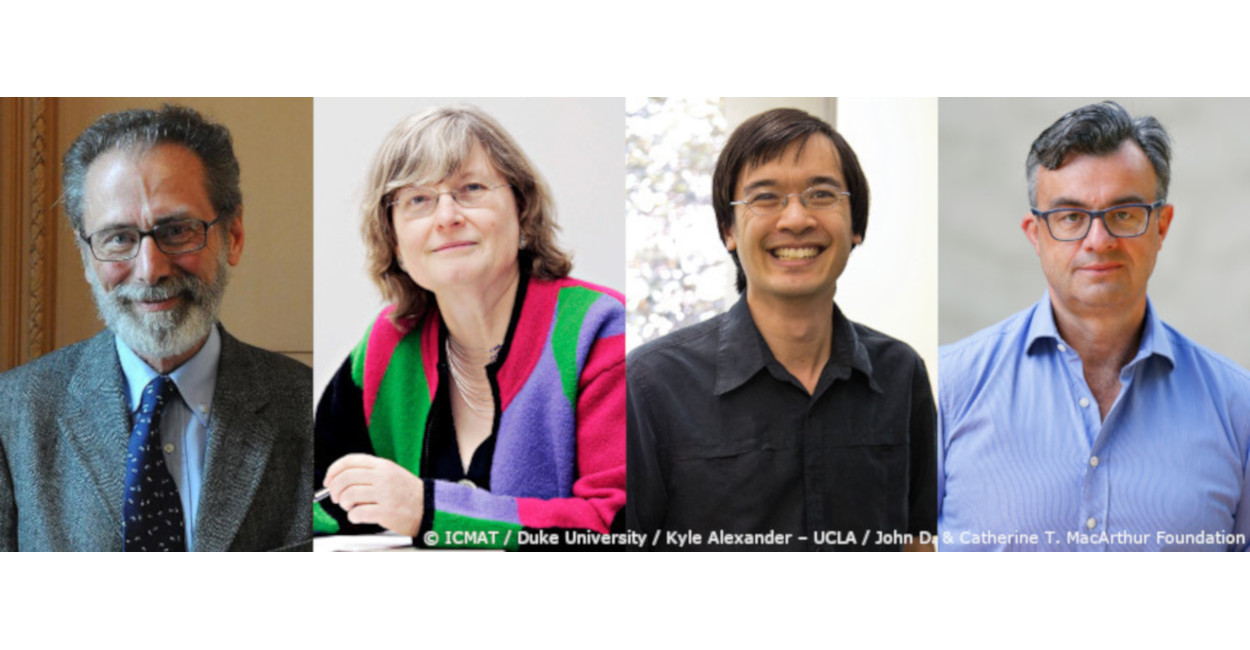 The inventors of two mathematical theories that have transformed signal processing have been honored.

The Jury for the 2020 Princess of Asturias Award for Technical and Scientific Research has decided to bestow this award on Yves Meyer (French), Ingrid Daubechies (Belgian and American), Terence Tao (Australian and American), and Emmanuel Candès (French). They have made immeasurable, ground-breaking contributions to modern theories and techniques of mathematical data and signal processing. These constitute the foundations and backbone of the digital age, of medical imaging and diagnosis and of engineering and scientific research.

As regards this last point, these techniques serve as the key, for example, to the deconvolution of Hubble Space Telescope images and have been crucial in the detection by LIGO of gravitational waves resulting from the collision of two black holes. The outstanding contributions of these world leaders in mathematics to modern mathematical data and signal processing are essentially based on two different yet complementary tools: wavelets and compressed sensing or matrix completion.

Yves Meyer and Ingrid Daubechies have led the development of modern mathematical wavelet theory, located at the overlap between mathematics, information technology and computer science. After making important contributions to number theory early on in his career, Meyer began working on methods to divide complex mathematical objects into simpler, wave-like components, which is known as harmonic analysis.

In 1984, Meyer read the studies that Jean Morlet, Alex Grossmann and Ingrid Daubechies had carried out on wavelets, which sparked his interest in this field. Mathematical wavelet theory enables images and sounds to be decomposed into mathematical fragments, which capture irregularities in the pattern, while at the same time being manageable. This technique underlies data compression and storage and noise suppression

Together with Daubechies, Meyer brought together previous studies and related them to the analytical tools used in harmonic analysis. This discovery later led to Meyer’s demonstration that waves can form mutually independent sets of mathematical objects called orthogonal bases. His work inspired Daubechies to construct orthogonal wavelets with compact support, and later biorthogonal wavelets, which revolutionized the field of engineering.

Both worked on the development of wavelet packages, which allow improved adaptation to the particularities of a signal or image. They are currently found in numerous technologies, such as digital image compression, and are used in the JPEG 2000 format.

A second revolution in data and signal processing techniques came in the first decade of the 21st century with the development of the theories of compressed sensing or compressive sampling and matrix completion, fruit of the collaboration between Terence Tao and Emmanuel Candès. This work enables the efficient reconstruction of scattered data based on very few measurements.

One of the core issues in medical imaging and, in general, in all areas of signal processing, is how to reconstruct a signal from partial, noisy measurements. Advanced reconstruction techniques, such as compressed sensing and matrix completion, enable the number of required samples to be reduced, which in medical imaging means being able to examine the patient faster

For example, the scanners currently used in magnetic resonance imaging techniques have implemented this mathematical tool, making it possible to shorten the patient’s scanning or exposure time and subsequently reconstruct the image without loss of quality. Other low-quality images from other areas can also be efficiently reconstructed using this technique.

In short, the compressed sensing technique has contributed significantly to signal processing by enabling the compressed version of a signal to be reconstructed using a small number of linear measurements. This means a lower sampling frequency, less data, less use of storage resources, decreased speed requirements for analog-to-digital converters and less time required for data transmission.

From pure mathematics to practical devices

This post is based on a release published by the Princess of Asturias Foundation.