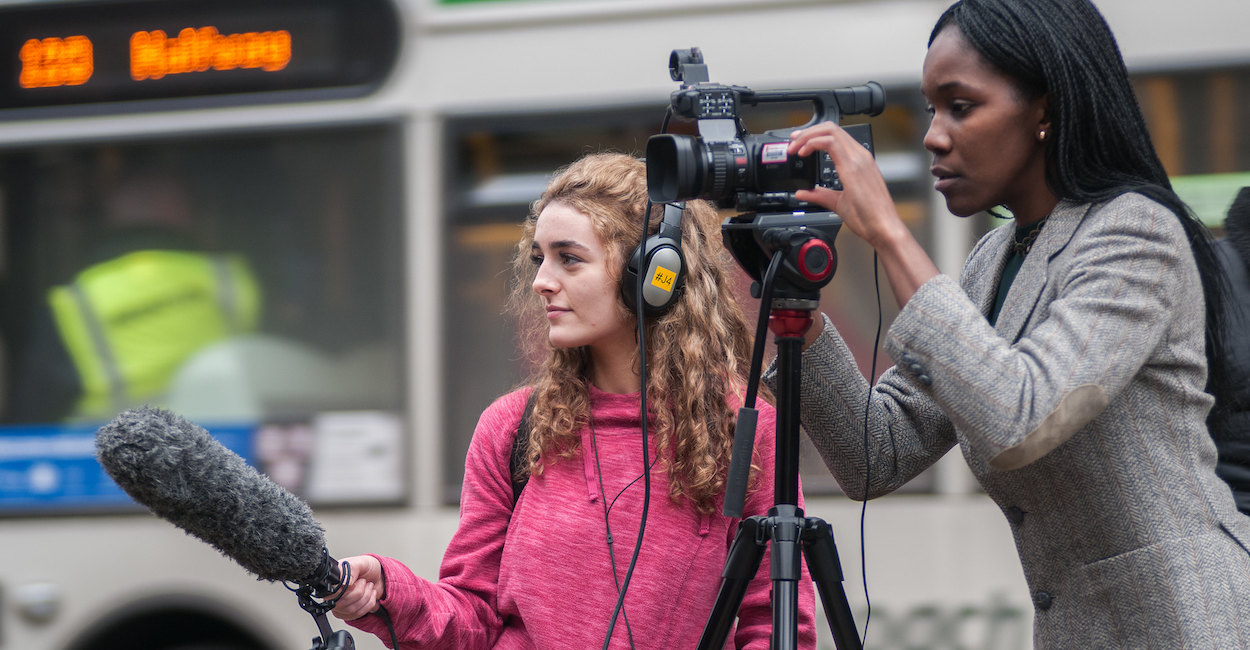 The Global Science Journalism Report 2021, published by SciDev.Net, found that work has become “more intense” for science journalists around the world, amid a ravaging Coronavirus.

COVID-19 has thrown science and science journalism into the spotlight like never before. Now a global survey turns the lens on some of the working conditions and practices of the people trying to report on it.

The Global Science Journalism Report 2021, published by SciDev.Net to celebrate its 20th anniversary, found that work has become “more intense” for science journalists around the world, with climate change, health and technology their main areas of focus.

633 science journalists: “our projects have increased”

In a survey of 633 science journalists from 77 countries, 64 per cent said the number of projects they worked on in one week had grown in the past five years.

Of these, women — who made up just over half (54 per cent) of respondents —  appeared to be taking on the heaviest workload. The survey found that, in general, science journalists work on one article or package over a two-week period, but that women were more likely to work on five assignments over the same period.

Only 46% happy with their jobs

Forty-six per cent of those questioned said they were happy with their jobs and 81 per cent thought they would “certainly or probably” remain working in the field for the next five years.

Luisa Massarani, one of the report’s authors and regional coordinator for SciDev.Net’s Latin America and Caribbean edition, said: “This report gives an insightful snapshot of the current working conditions, values and aspirations of some of the world’s leading science journalists and as such is a valuable study in how organisations such as SciDev.Net can better understand and support them as they go about their task of reporting science in the media.

“It is interesting, in particular, to learn that despite the workload of science journalists becoming more intense and less than half overall reporting that they are happy with their jobs, the vast majority still see themselves staying in their occupations for the foreseeable future.”

Job satisfaction varied between regions, added Massarani, who is also coordinator of the Brazilian National Institute of Public Communication of Science and Technology, and researcher and science communicator at the Oswaldo Cruz Foundation.

Middle Eastern and African journalists were the most satisfied professionals, followed in declining order by those from Europe and Russia, the USA and Canada, Latin America and Asia.

Overall, almost three quarters (73 per cent) of respondents did not agree with the idea that ‘science journalism is a dying profession’. Around one third also disagreed that science journalism was in crisis, though a similar number believed it was.

The findings are being released as SciDev.Net celebrates two decades of reporting on science and international development news, publishing an e-magazine to mark the occasion.

Tim Lougheed, executive director of the World Federation of Science Journalists, said: “Although this survey revealed some important distinctions among science writers working in different social, cultural, and political circumstances, what is remarkable is how similar many of the responses are.

The survey also looked at the impact of the COVID-19 pandemic on journalists’ working practices. It found that many journalists were not waiting for research to appear in peer-reviewed journals before reporting on it, with more than half (55 per cent) admitting to using pre-print materials in their COVID-19 stories.

Sources most used to find stories were peer-reviewed scientific journals, official institutions, and scientists themselves.

Many journalists said scientists had been more easily available during the COVID-19 pandemic and more open and talkative than previously.

SciDev.Net journalist Zoraida Portillo, based in Lima, Peru, said: “COVID has been a disrupting event that has changed dramatically our lives and of course our way of work. News coming and changing faster than ever and working at home has meant adding domestic tasks to professional duties. And all of this with the pain to see beloved relatives, friends and colleagues pass away.

“However, it has also been an opportunity to expand horizons: in my case, I assisted other colleagues asking for information or sources, […] readers with questions or requests for help, all of which demonstrates science journalism’s value in times of crisis.”

In terms of subject matter, almost 90 per cent of respondents said they covered environment, technology, health and medicine, and climate change.

Many journalists believed that science journalism was becoming more interesting in line with scientific advances. However, they also agreed that the proliferation of press releases from journals, universities and researchers, combined with newsroom budget cuts was leading to lower standards.

“We need to have in mind that science journalism is not a homogeneous practice,” said Massarani, adding that the quality of coverage has varied during the pandemic, just as it did before.

SciDev.Net managing editor Ben Deighton said: “This report is a reminder of the importance of good journalism, looking beyond the press releases and PR to really interrogate the science and put research into context.”