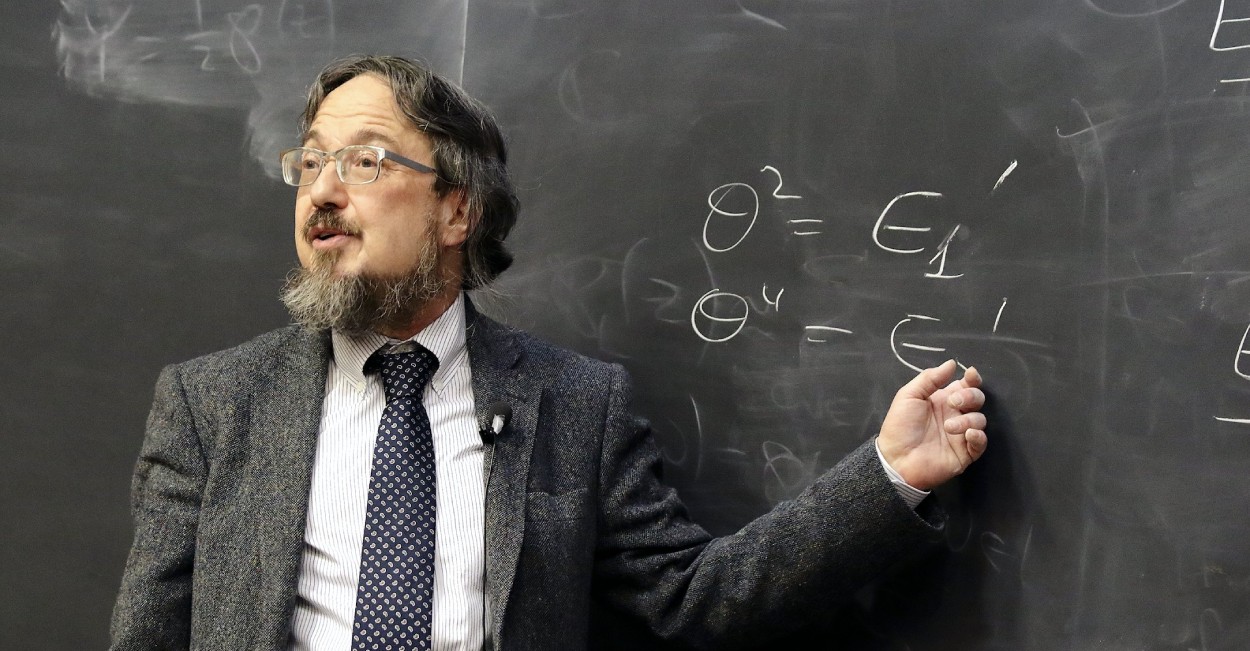 Zagier, who first visited ICTP more than 10 years ago, has built over the years strong connections with the Centre as a Distinguished Staff Associate, and collaborated on numerous research papers with ICTP scientists, both within and outside the Mathematics section.

In addition to his ICTP affiliation, Zagier is a distinguished affiliated member of the Trieste-based Institute for Geometry and Physics, run jointly by ICTP and SISSA. Zagier recently gave a lecture during ICTP’s Ramanujan Day celebrations (watch on ICTP’s YouTube channel). Pictures are available here.

A number theorist who has also done work in topology, algebraic geometry, and mathematical physics, he has served as a professor in Germany while simultaneously holding a second chair at the University of Maryland in the United States, then at the University of Utrecht in the Netherlands, and finally at the Collège de France.

An American by birth who completed his undergraduate degrees in mathematics and physics at MIT at the age of 16 and defended his doctorate in Oxford at 20, he is a truly international mathematician.