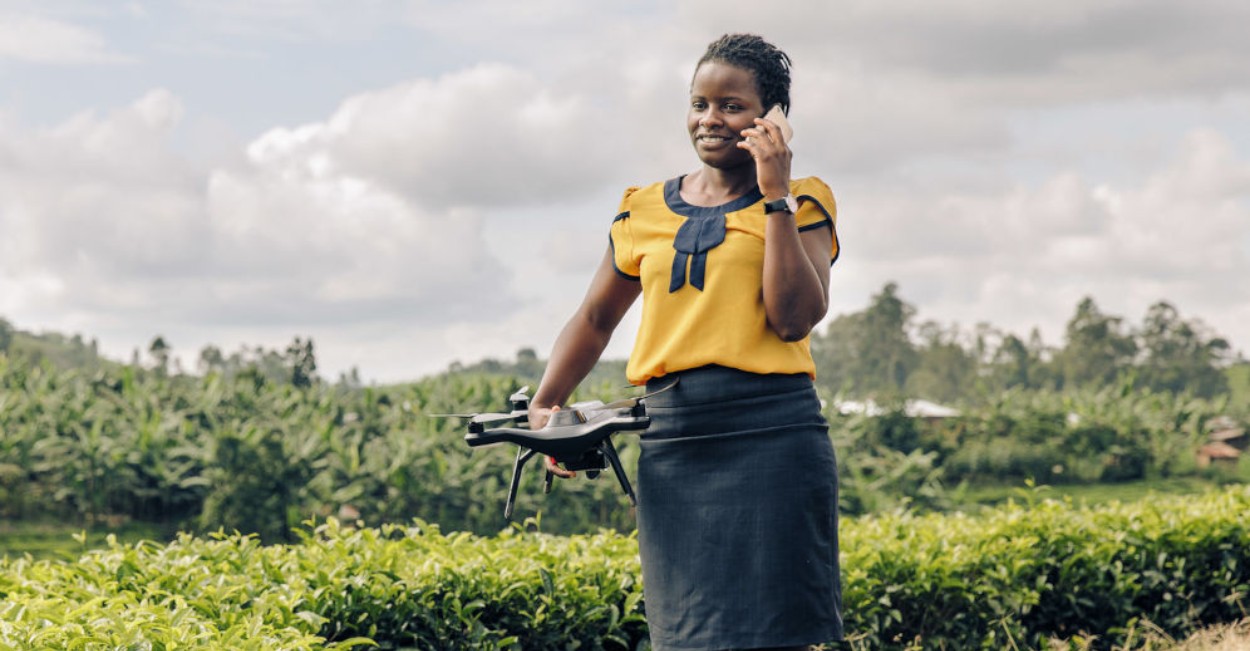 The exclusion of women in the digital world is hurting agricultural productivity in low- and middle- income countries, according to global technology experts.

In many parts of the world, women make up a large part of the agricultural workforce. In Sub-Saharan Africa as a whole, they represent 40 per cent, while in some developing countries their contribution exceeds 50 per cent, according to the World Bank.

But with digitisation of agriculture on an upward trend, and services such as advisory work and access to markets and assets shifting online, women are increasingly being left behind, speakers told the ICTforAg forum.

The interactive virtual event was held to explore ways of leveraging information technology to build resilient agricultural and food systems in low- and middle-income countries.

“Yes, mobile internet adoption has been growing rapidly, but the unconnected or lesser-connected are still more likely to be poor to be less educated, to be rural, to be older, and to be women,” said Max Cuvellier, head of the Mobile for Development programme at GMSA, a global organisation representing mobile operators and other industry organisations.

“In the case of smallholder farmers this resonates particularly with rural populations and for women,” he added, noting that women and people living in rural areas were less likely to be aware of mobile internet services.

According to a joint report by the Alliance for Affordable Internet and the World Wide Web Foundation in October last year, 32 low- and middle-income countries missed out on US$1trillion in GDP in the last decade as a result of women’s exclusion in the digital world.

This exclusion, according to Cuvellier, has also dimmed women’s chances in the agricultural sector, exacerbated by the COVID-19 pandemic which has reversed gains made in tackling the gender gap in mobile internet usage and smartphone ownership.

This exclusion can take a number of forms, including lack of access to reliable internet, inability to afford internet bundles, and smartphone ownership, he says.

“You would be surprised, maybe even shocked at the number of people who reach out to us in the agri-tech space and beyond, asking us to build an app for so-and-so, and how quickly in the conversation it becomes clear that an app would not actually be fit for purpose given the customer does not own a smartphone,” Cuvellier lamented.

In Sub-Saharan Africa, smartphones account for 36 per cent of all connections, in the Middle East and North Africa the figure is 33 per cent and in Southeast Asia, 53 per cent, according to GMSA.

There are 1.2 billion mobile money accounts worldwide, World Bank figures show, with US$2 billion being transacted globally through these accounts every day.

According to the World Bank, agricultural development is the most powerful tool for ending extreme poverty, boosting shared prosperity, and feeding the world—and strengthening smallholder farming is key to achieving this.

The challenge for everyone involved in agricultural development is to ensure that the benefits of the so-called “fourth agricultural revolution” is not limited by lack of access to resources, said Mike Michener, deputy assistant administrator at USAID’s Bureau for Resilience and Food Security, at a fire-side session during the close of the event.

“These incredible technologies must be researched, scaled for use by smallholders and accessible to all, including women and youth.”