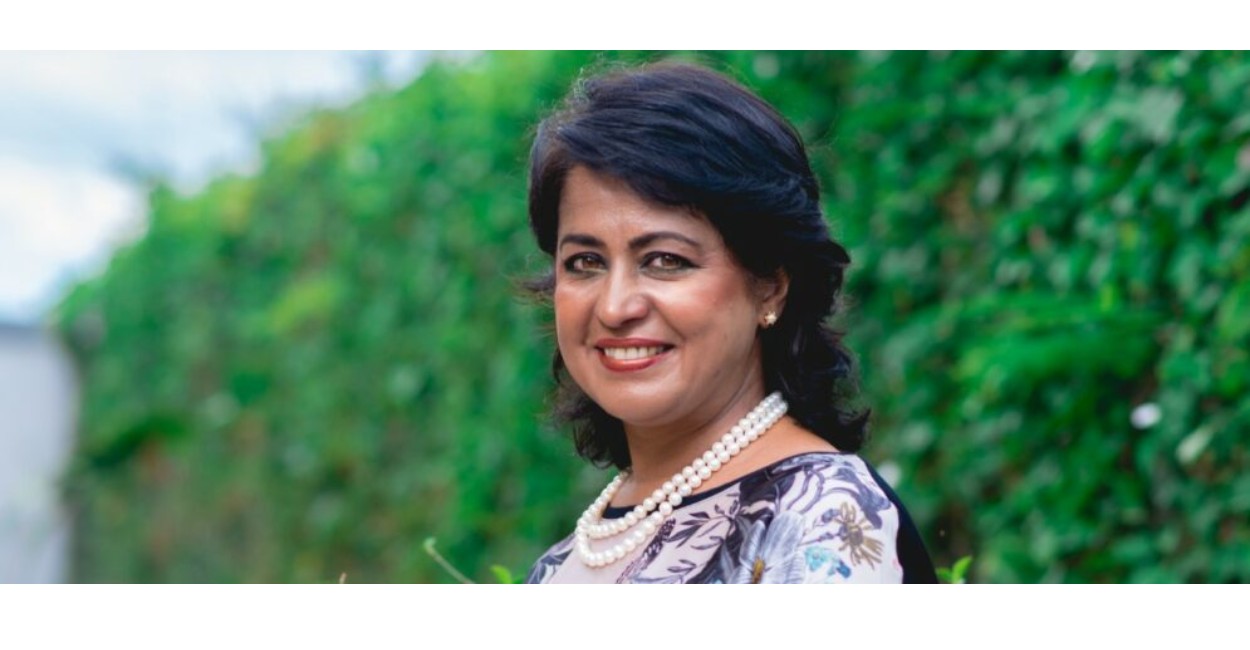 For women to be successful in science careers, Ameenah Gurib-Fakim, renowned scientist, and 1st female president of Mauritius, argued that the ‘vicious cycle’ hindering their potential must be broken.

Internationally acclaimed African scientist Ameenah Gurib-Fakim served as the first female president of Mauritius from 2015 to 2018.

Before venturing into politics, she enjoyed a distinguished career in higher education, including as pro-vice-chancellor at the University of Mauritius from 2004 to 2010.

Gurib-Fakim talks to SciDev.Net about her life as a scientist, and what influenced her academic and political careers.

Envisage becoming a scientist, and president?

I had motivated teachers who demystified science and I did well in science because of that demystification.

When it came to the final decision to further studies, I met the career guidance officer. He saw in me a little girl walking through the door. When I told him that I wanted to study science, he asked why I wanted to do science because that is for boys.

He told me that there would be no jobs in the sciences as this remains a male domain. I went home and told my father what the career officer had said. I said to my father that I would be following my heart. I went ahead and studied chemistry.

Science perceived to be a subject for boys?

Unfortunately, there are still many stereotypes and structures we have around the girl child. And when we talk about the stereotypes, show me the number of books that form part of the school curricula showcasing prominent African women scientists.

How many of us know of the achievements of the late Wangari Maathai? She was a Kenyan national, a scientist, and a Nobel Peace Prize winner. Her work, or rather her mission, had awakened our environmental consciousness when she went on a crusade-like mission to safeguard the native forests in Kenya.

I think we need to break that vicious cycle where negative stereotypes abound and deter girls’ engagement in science. The school system often doesn’t encourage the girl child toward the sciences.

Fortunately, it is changing. If you look at the Sustainable Development Goals (SDGs), as approved in 2015, it is the first time the UN in its 70 plus years of existence has recognised the central role that science plays in our livelihoods and how it will help towards achieving and delivering on the SDGs. However, we need to empower more women and men in the sciences space for this to happen.

How did you make it to the top?

I was lucky to have a father who believed in education for his son and daughter. He was a cheerleader and has been, along with my mother, a source of constant support. They kept telling me that I was capable of doing anything.

COVID-19 has exposed all the fault lines in our societies, whether gender, ethnicity or race. It has revealed the difference between the have and the have nots, especially in their access to care, hospitals, medications, among others.

The gender issue became a live issue in the first year of the pandemic. Those countries with female leaders were more successful in handling the pandemic. Those female leaders expressed a different kind of leadership. They showed that compassion and kindness were not weaknesses. They communicated in a language that ordinary men and women could understand and did not relegate the COVID-19 deaths to statistics. These deaths mattered in shaping their humane narrative.

Contrary to general perception, the African continent has not done too poorly in female representation. The continent has had six female heads of state, with two presently still in office – Tanzania and Ethiopia.

In Tanzania, one of the decisions that [president Samia Suluhu Hassan] has taken recently is that girl mothers can go back to school. It was a tough decision to take because in some countries this is still not the case, and during the COVID-19 era, the number of girl mothers increased. Also, these women and those who are successful in various fields have the massive responsibility of being role models to the younger generation.

We need more mentors and role models where access to education matters. My country, eight years after independence, made education accessible for all. This meant that parents no longer have to choose between educating a boy and a girl. This became a game-changer, and the economy stood to gain, and it did!

I think what many ladies tend to be curious about is how I managed my time. I work my time in 24 hours in such a way that I can still have social life, career and family.

I knew I wanted a career and a family and that 24 hours is not enough to have all three. So, my social life was built around my children and family. My children became my friends. Also, a supportive partner and parents help, especially when the children are young.

Having a husband or a partner who is happy in his profession can result in leaving the young lady alone to excel. This is a recipe for success.

This interview was first published by SciDev.net.