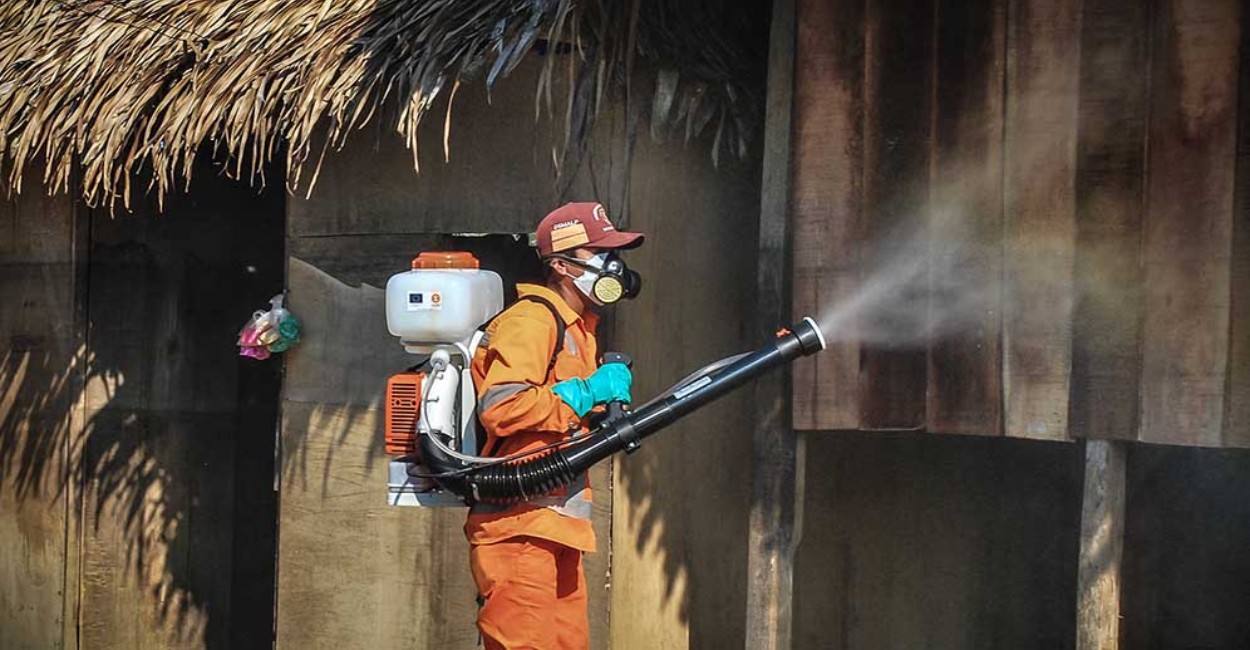 While seeking new innovations to fight malaria, scientists hope that the adoption of gene drive technology will reduce mosquito populations in Sub-Saharan Africa.

Scientists are hoping that adoption of gene drive technology could reduce mosquito populations as they call for new innovations in the fight against malaria, a fatal disease widespread Sub-Saharan Africa.

The World Health Organization (WHO) says the Africa region accounted for around 94 per cent of all global malaria cases and deaths in 2019. Over two-thirds of deaths were among children under the age of five.

Gene drive technology — genetic engineering that modifies malaria mosquitoes so they can pass their genes on to large mosquito populations — could potentially contribute to malaria elimination in Africa, according to Krystal Birungi, a field entomology coordinator at the not-for-profit research consortium Target Malaria, Uganda.

“It is a cost-effective way to cut down malaria vectors, and is simple to implement because the mosquitoes themselves do the work,” said Birungi during a Roll Back Malaria Partnership virtual boot camp on malaria control innovation on 15 November, 2021.

Although the technology is not on the market, and is yet to gain public acceptance, if rolled out it could complement existing malaria interventions such as insecticide-treated nets and indoor residual spray, helping reduce malaria cases, according to Birungi.

“We are aware that with any new technology, the level of comprehension with it is low. So, there is a need to increase engagement with people to increase acceptance by the time such products are [on] the market,’’ she says.

Gene technology coming at a time…

The promotion of gene drive technology comes at a time when the pace of innovation for malaria control has slowed down globally, according to Fredros Okumu, an entomologist and director of science at the Ifakara Health Institute in Tanzania.

“There is a sense in which our best tools today are also our oldest, which implies that innovation needs to be scaled up,” says Okumu.

The WHO in its 2020 malaria report recommends “better targeted interventions, new tools, and increased funding […] to change the trajectory of [the] malaria fight” globally, warning the COVID-19 pandemic could set back progress even further.

Okumu explains that existing malaria prevention tools such as bed nets, indoor residual spray and larvicides must be transformed through better management, research and innovation in order to reduce malaria cases significantly.

He adds: “For us to make the change that we want towards achieving zero [malaria cases], we must have a transformative tool that gives us not just 20 per cent, or 30 per cent, or even 50 per cent reduction in prevalence, but something that really effectively cuts down malaria transmission.’’

In November 2021, the WHO approved the first malaria vaccine, RTS,S/ASO1, recommending that it should be rolled out for children in Sub-Saharan Africa and other malaria endemic regions.

On 2 December 2021, the board of Gavi, the Vaccine Alliance, approved a US$155.7 million investment to support the introduction, procurement and delivery of the malaria vaccine for Gavi-eligible countries in Sub-Saharan Africa in 2022-2025.

“The big question now is how do we put this [vaccine] together with bed nets and indoor residual spray and other innovations coming up, to give us the maximum benefits. The art of mixing these interventions is a core component of our transformation going forward,’’ says Okumu.

Despite the slow pace of innovation in malaria control, “progress is being made to deliver new tools”, says Nick Hamon, chief executive of the Innovative Vector Control Consortium.

Hamon attributes this slow pace to logistical processes that an innovation has to go through before a product can be commercially available, and the need to ensure that when the innovation comes to the market it will have impact and be completely safe to use.

“It’s slow because it’s more or less the same process to develop an insecticide just as it is to develop a drug, and all the safety testing required,” said Hamon during the virtual event.