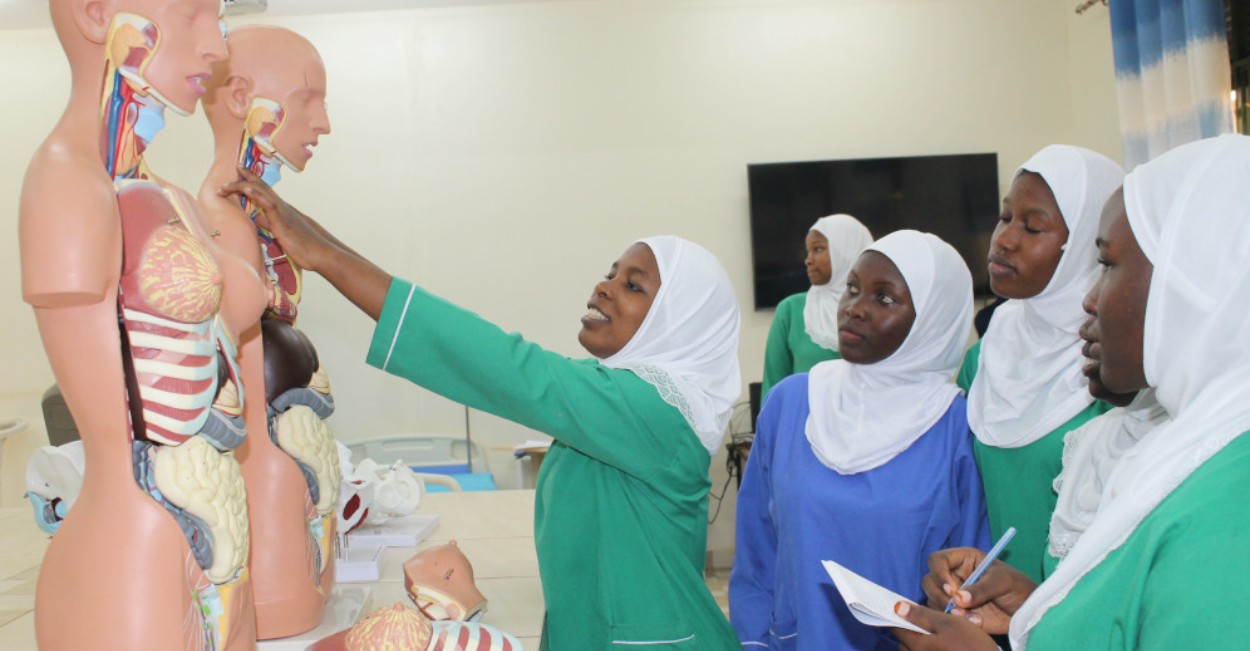 There is a complete lack of data on science education from low-income countries, a report by the United Nations Educational Scientific and Cultural Organisation, UNESCO, says.

A leading report into gender parity in education has found a complete lack of data on science education from low-income countries, exacerbating a situation where pockets of “extreme exclusion” still exist.

The UNESCO report, Deepening the debate on those still left behind, analysed primary and secondary education data from 120 countries, but only 28 of the 82 low- and low-middle-income countries were represented, and there was no assessment data for science in any low-income country.

Limited data collecting capacity and a lack of systematic national assessments for students prevent researchers from having a complete picture of how learning outcomes are developing in the global South, said Manos Antoninis, director of the UNESCO Global Education Monitoring (GEM) unit, which published the report.

And science may also be seen as a lesser priority than reading and maths.

“There is a good enough sample to give us a good sense of where things are, but it’s far from comprehensive,” Antoninis told SciDev.Net.

“What you really need is a longer term [data monitoring] programme … so that [policymakers] can better inform their education policies.”

The report highlights significant progress in attendance and enrolment in education in the last 20 years, with a gender gap of less than one percentage point in primary and secondary education.

But in some countries in Sub-Saharan Africa and South Asia, girls’ participation lags considerably behind, while learning outcomes are poor for both sexes.

“Many girls in rural areas affected by poverty in Sub-Saharan Africa … are still fighting against seemingly closed doors to gain access to education,” writes UNESCO director Audrey Azoulay in a foreword to the report.

“In the most extreme case, girls are outright deprived of learning in Afghanistan, sending us back 20 years.”

While boys fare better than girls in maths in early education, in later years the gap is reduced and sometimes reversed, even in the poorest countries, according to the report.

It also notes that gender gaps in reading and maths are strongly correlated – when girls outperformed boys in mathematics, they also strongly outperformed them in reading.

This may explain the lower probability of girls pursuing careers in science, technology, engineering and maths (STEM), despite their attainment advantage over boys in many countries, Antoninis said.

They may enjoy even higher comparative advantages in reading and opt for careers relating to those strengths, the report suggests.

However, the data does not fully capture gender barriers such as societal norms and stereotypes, he added.

“There is the potential for stereotypes, and for biases that may make us believe that [girls] are more efficient in one subject than in the other,” he said.

The report cites previous research which found that personal attitudes towards education as well as “situational” barriers such as poverty were the most significant factors leading to girls in Malawi, Nigeria and Sierra Leone leaving school early.

“The main source of exclusion is norms that still take the education of girls as second rate, because girls and women are expected to be responsible for families and men are supposed to be the breadwinner,” said Antoninis.

Nur Nabihah Hashim is a teacher training specialist who leads the Girls in Engineering, Math and Science (GEMS) and Agents of Tech programmes at Malaysia’s Arus Academy, a learning-focused social enterprise.

She believes that challenges in increasing STEM enrolment are typically due to a lack of role models, highlighting as an example the small percentage of women globally who have chosen a career in data and artificial intelligence.

“We need to ensure girls don’t only choose STEM careers, but that they also choose to stay in those areas,” she told SciDev.Net.

Rana Dajani, a professor of biology and biotechnology at Hashemite University in Jordan, founded a non-profit organisation that promotes child literacy. She says that in many Middle-Eastern countries women are overrepresented in tertiary education, but don’t necessarily go on to pursue STEM careers.

“What non-governmental organisations can do is dispel these myths about how there’s one way of success that’s male-centric,” she told SciDev.Net.

“They can be the facilitator that brings UN agencies, governments, women from different fields of practice into a discussion about changing mindsets.”